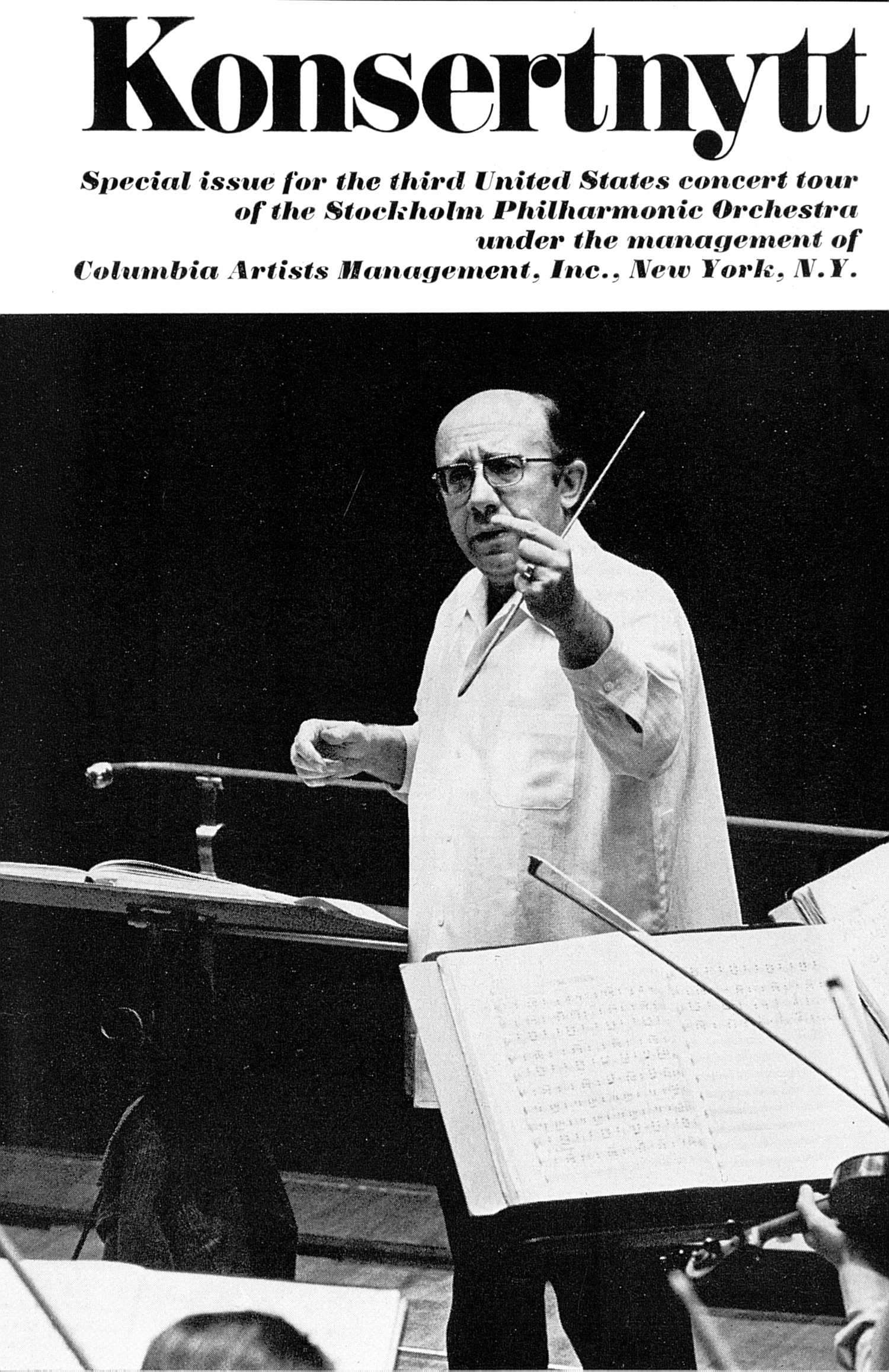 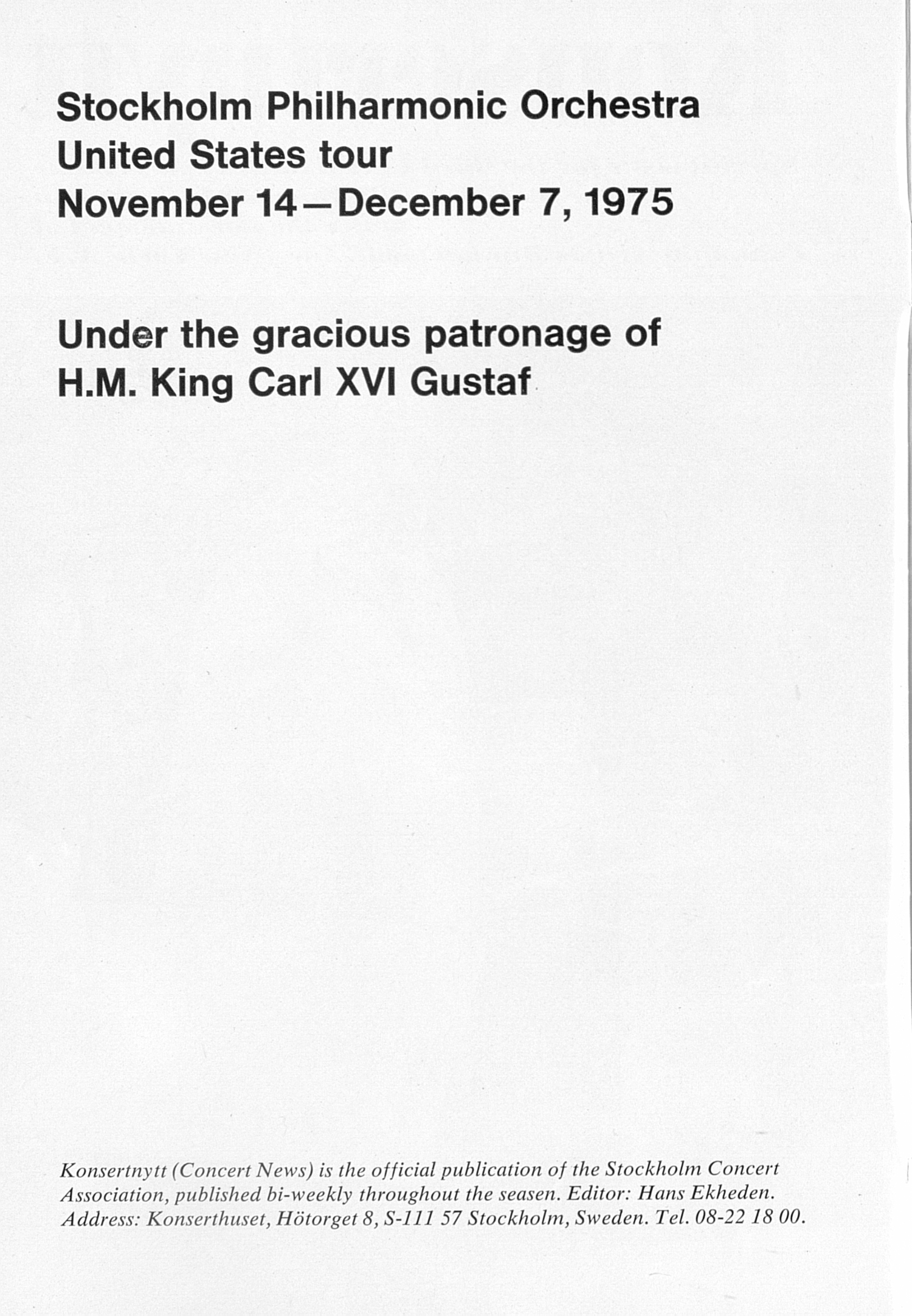 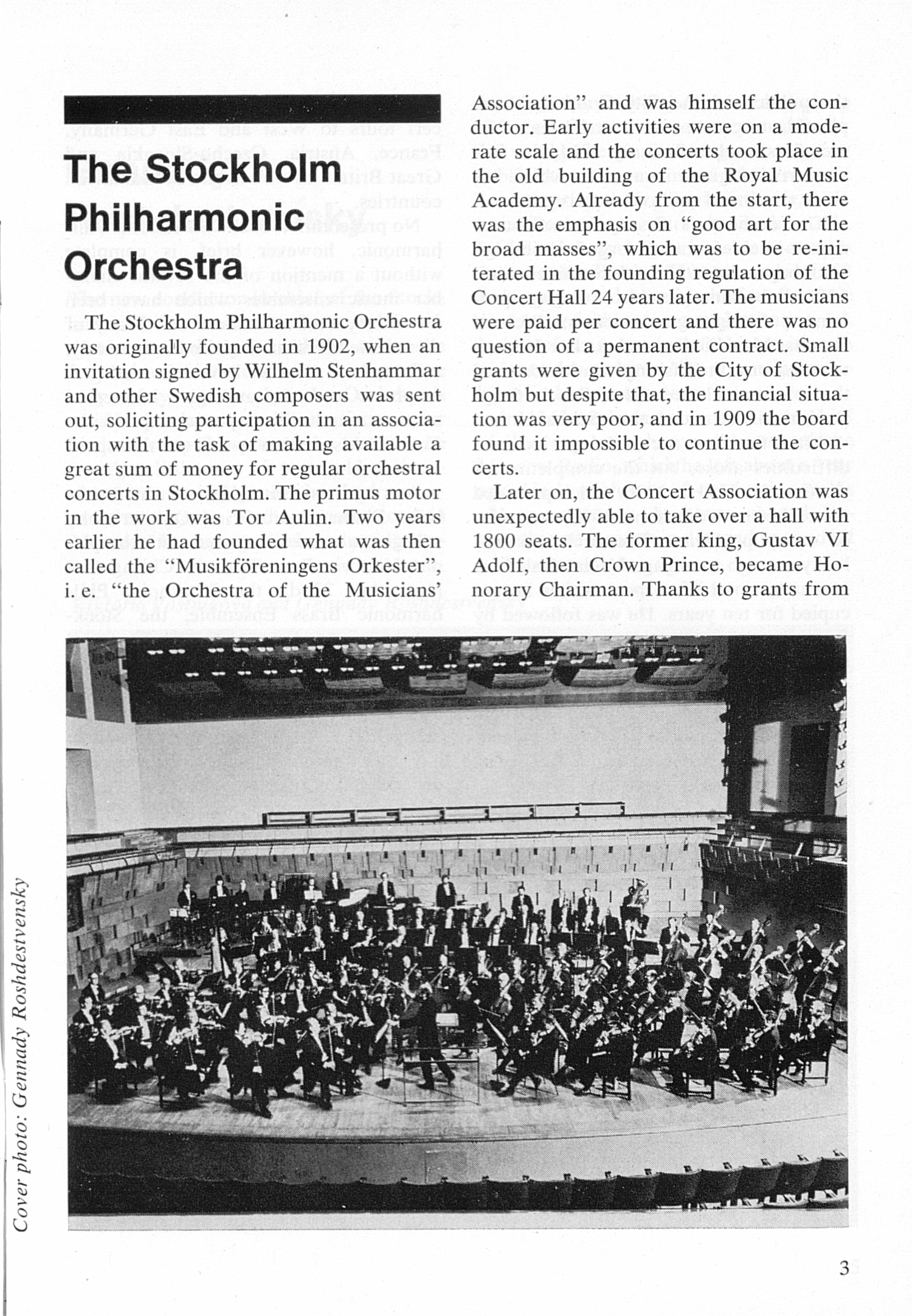 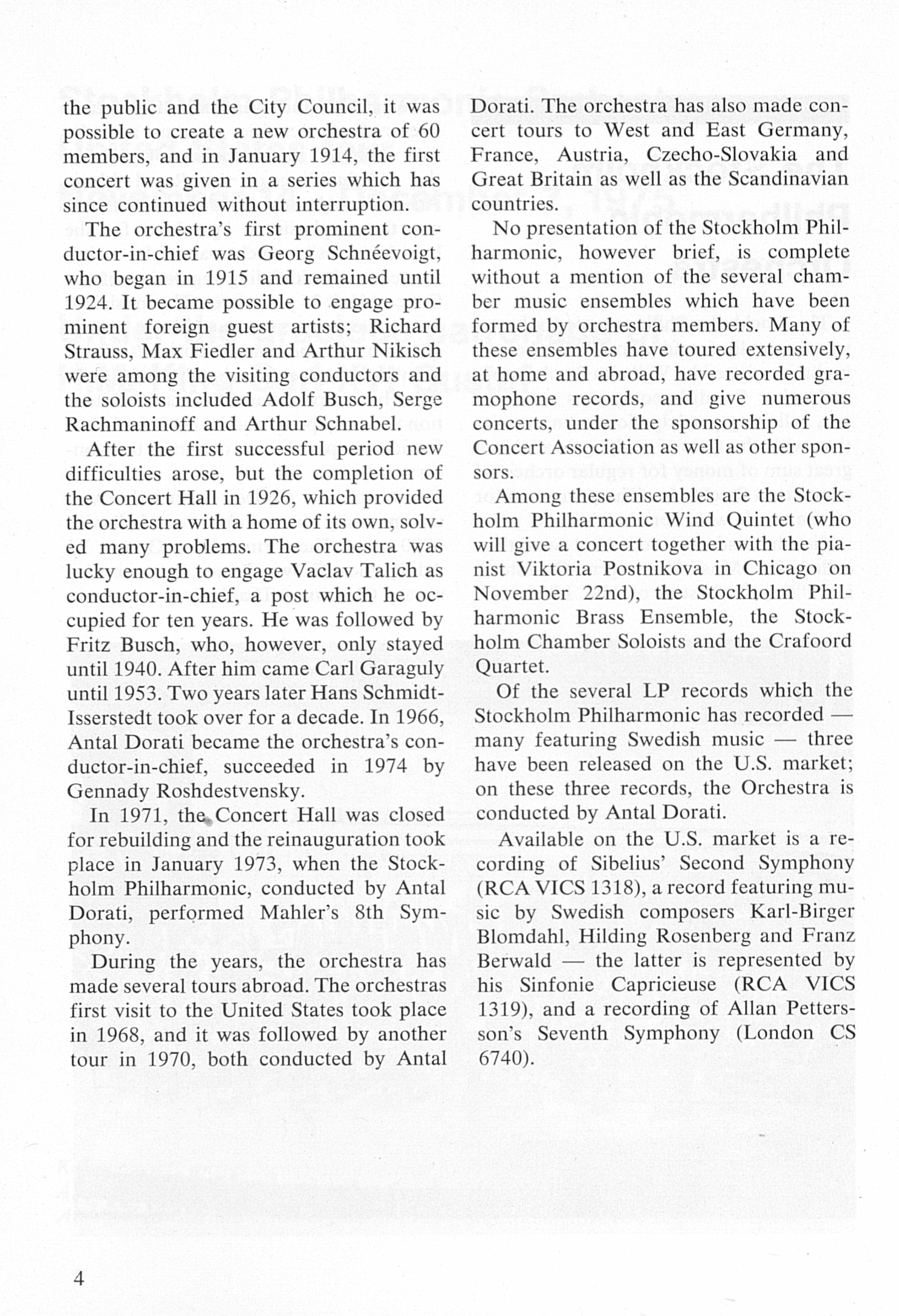 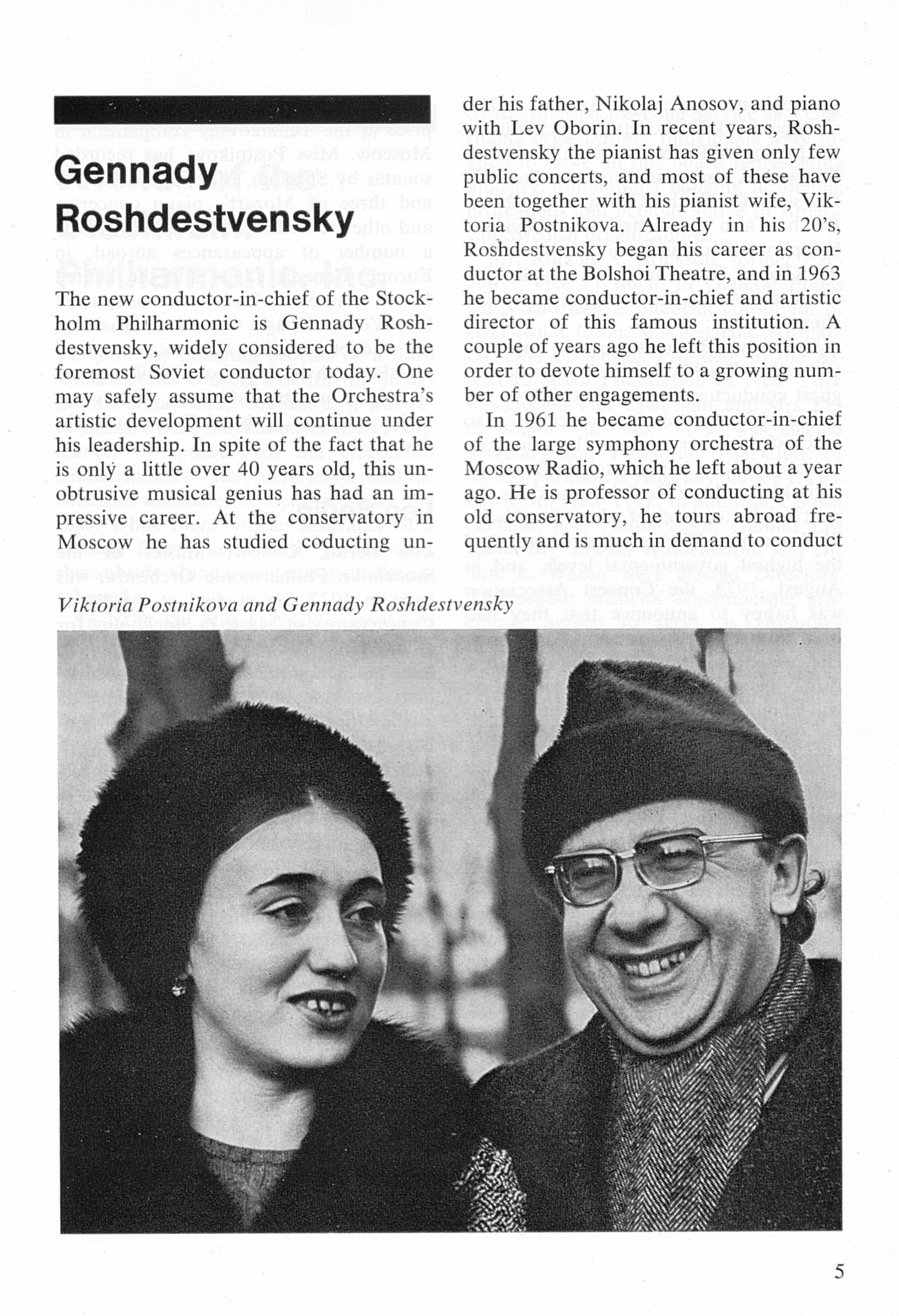 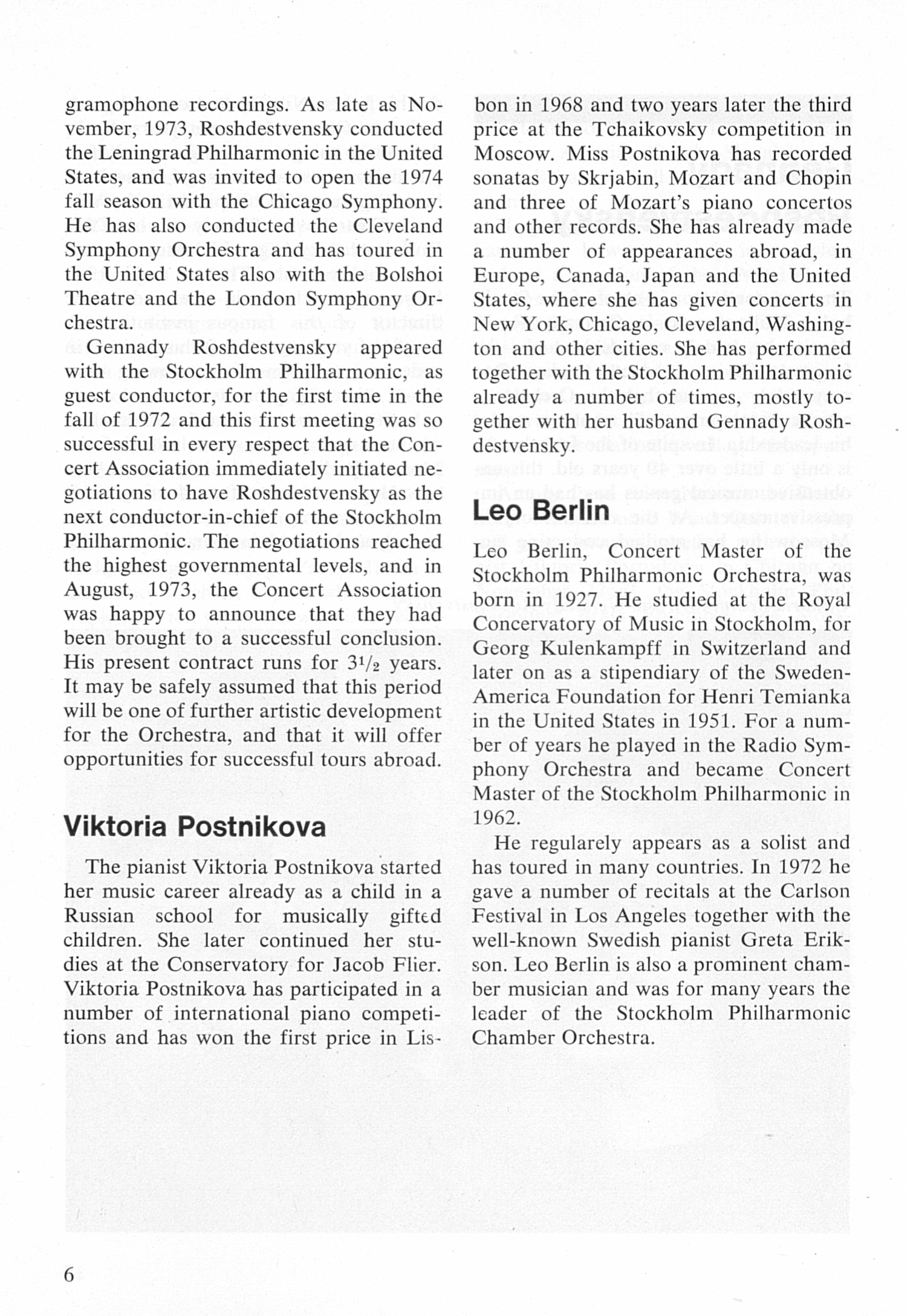 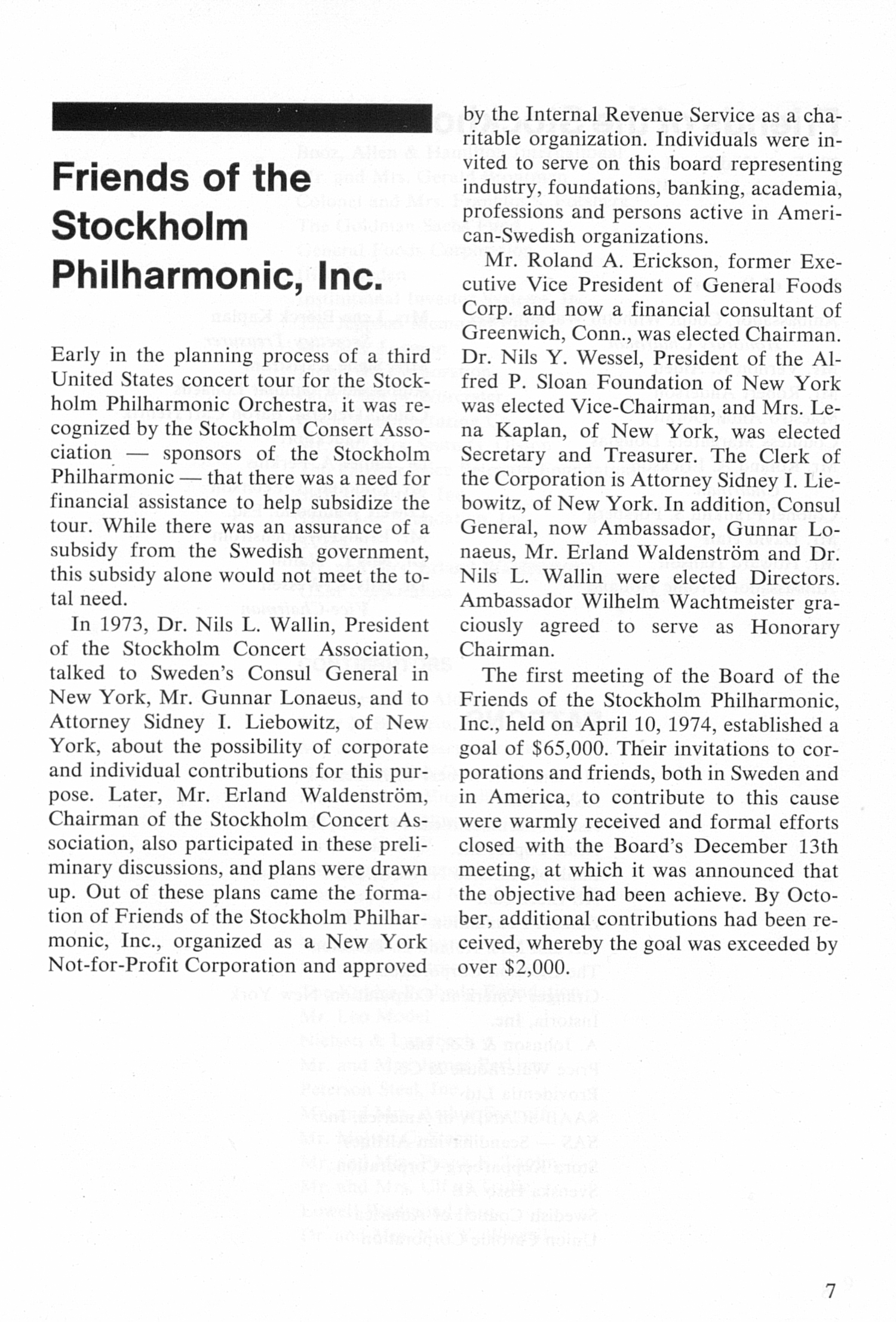 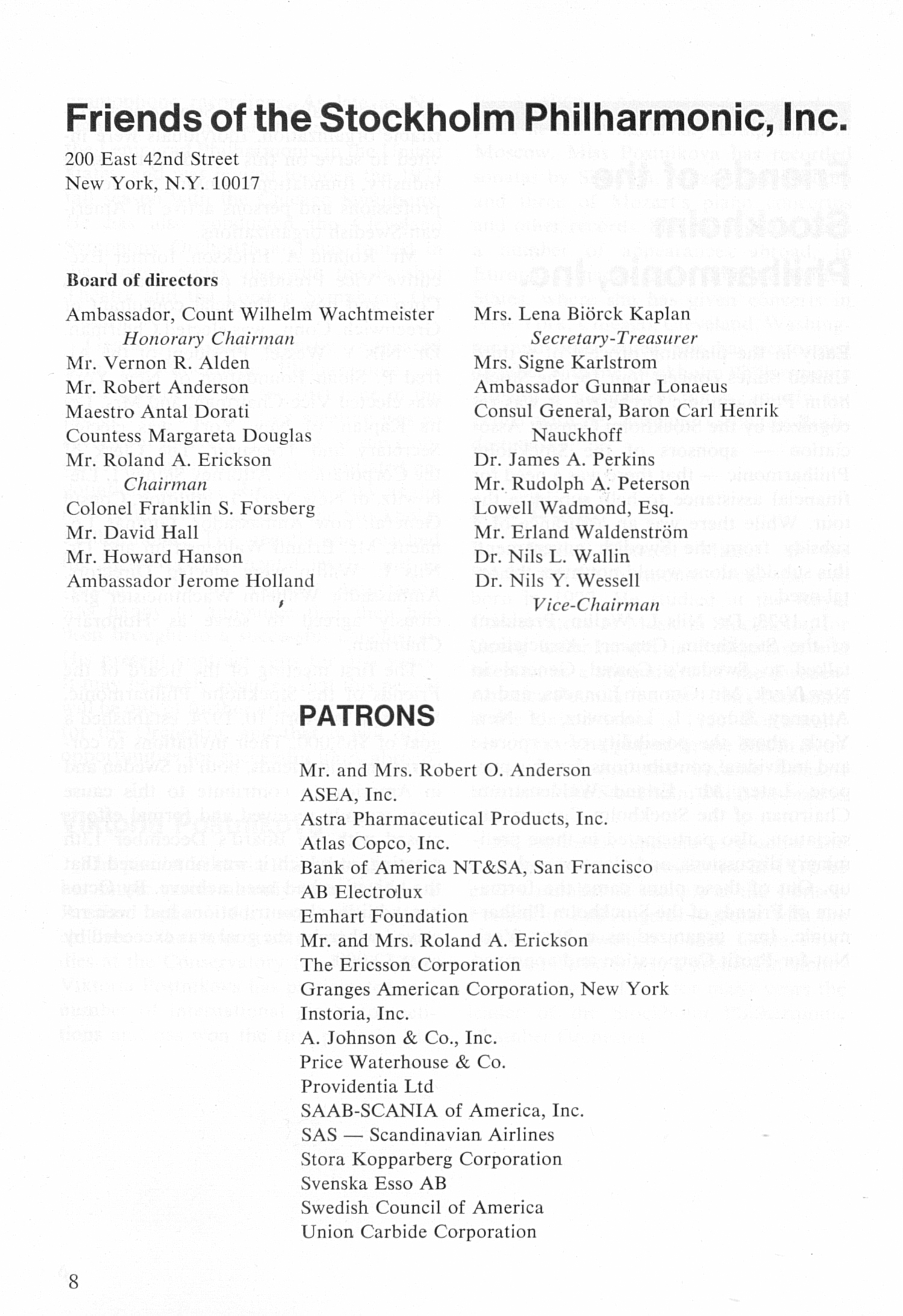 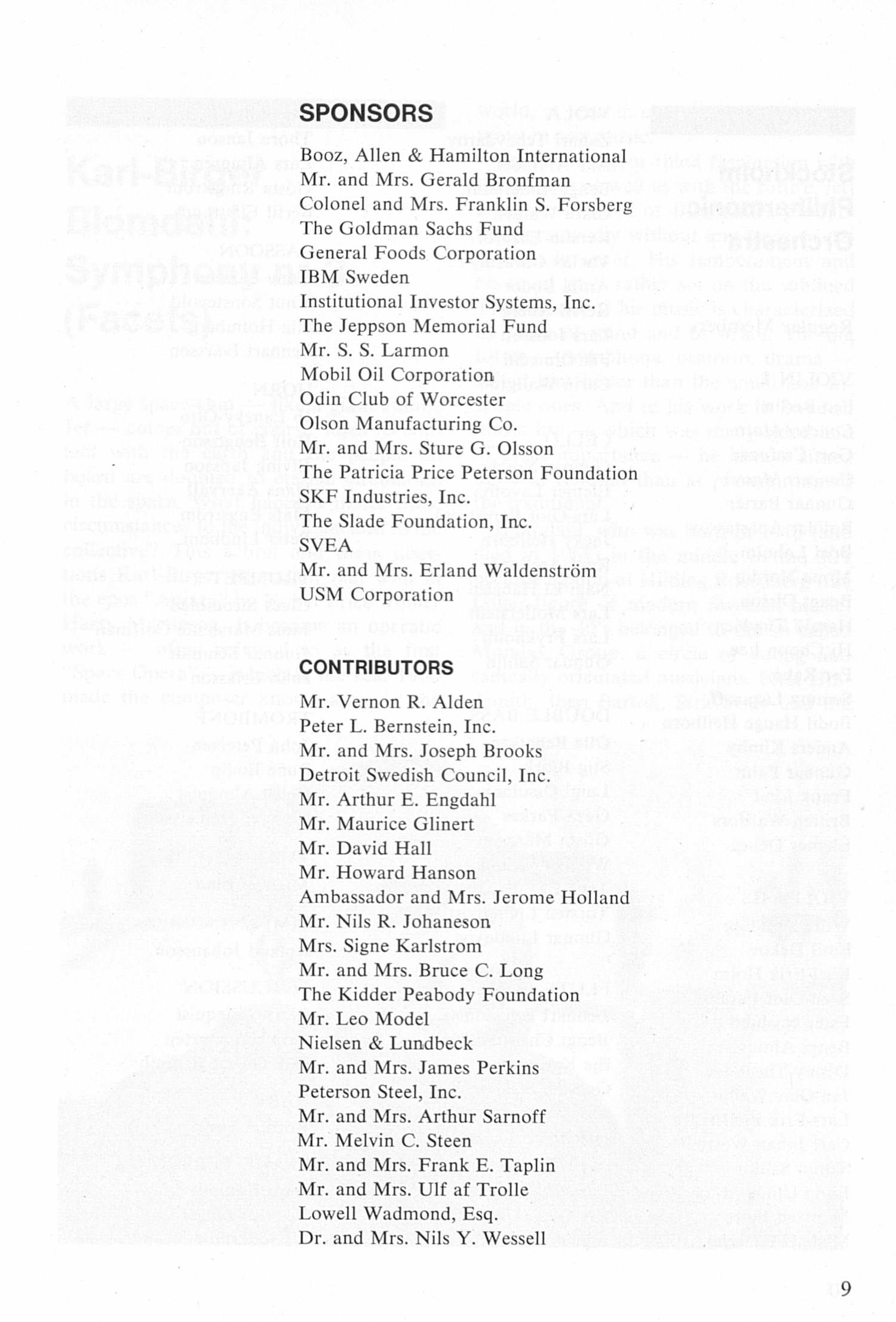 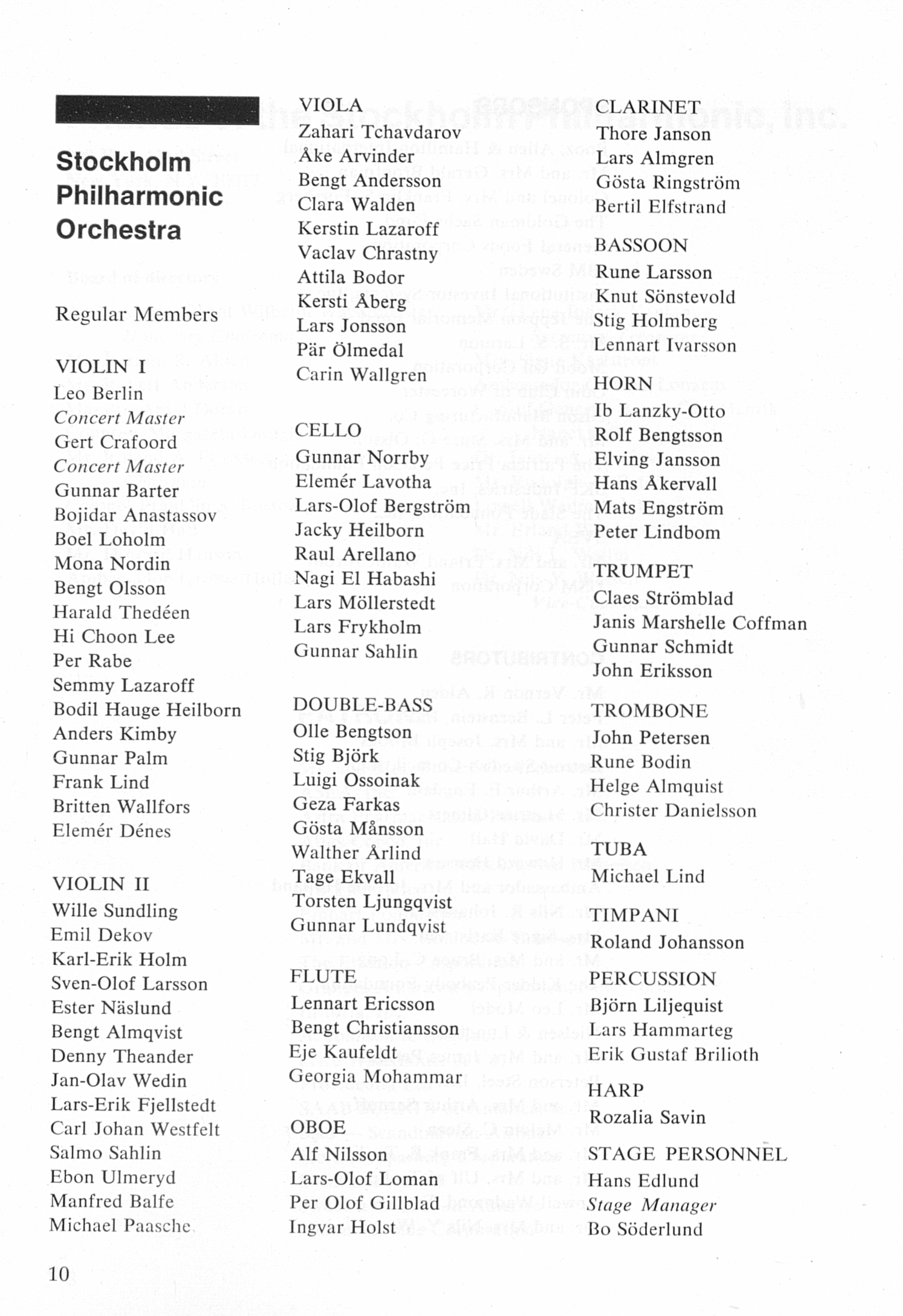 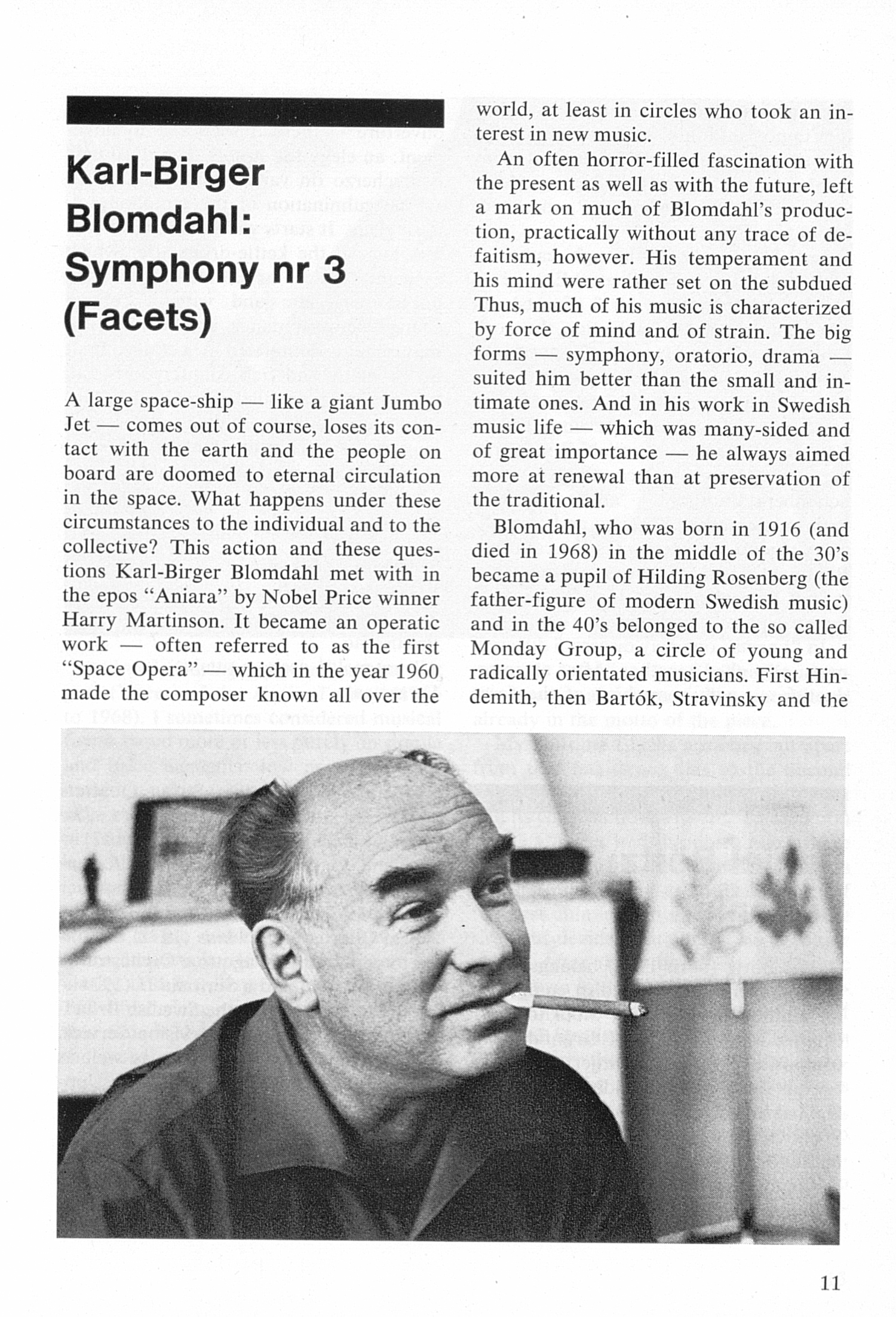 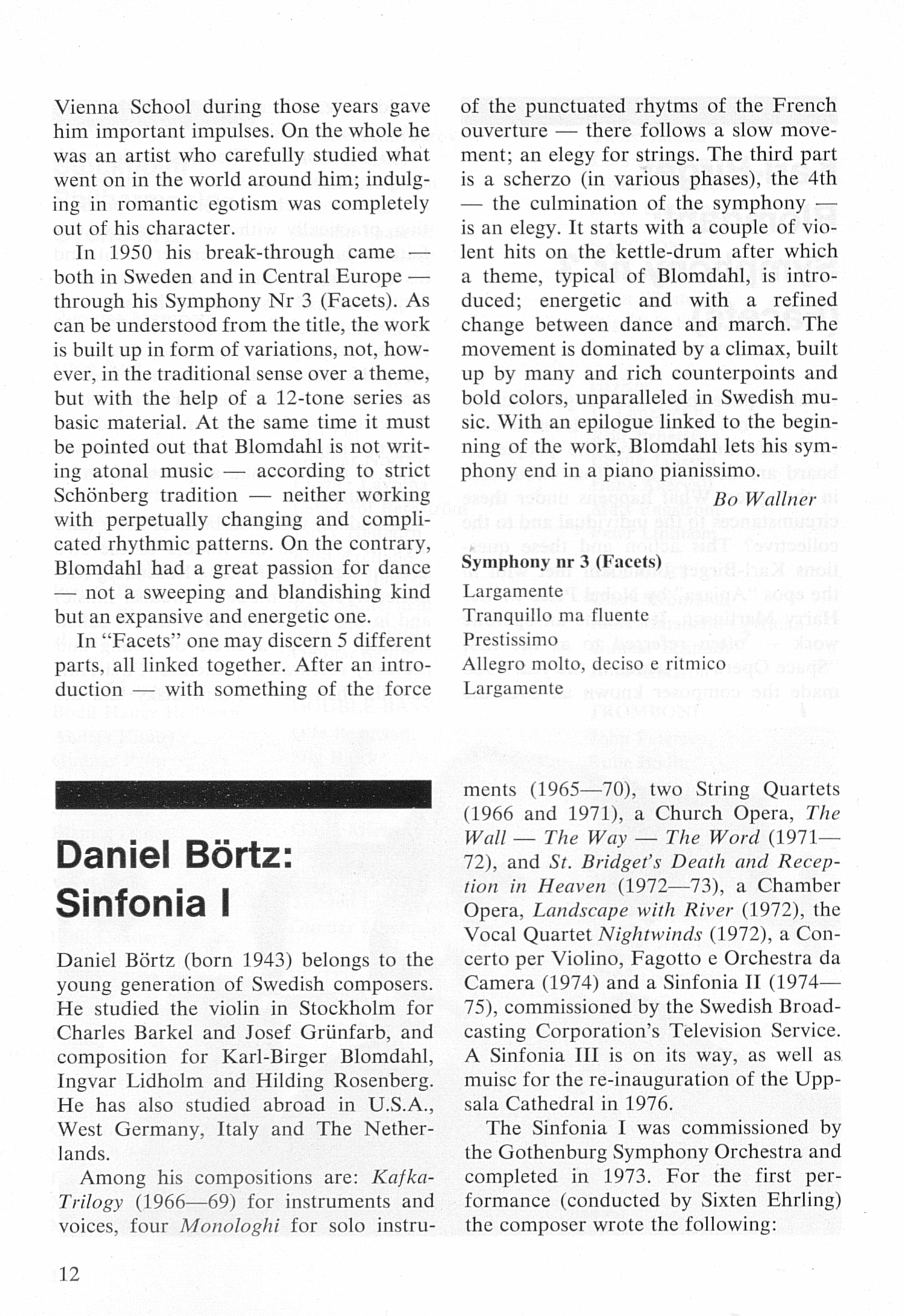 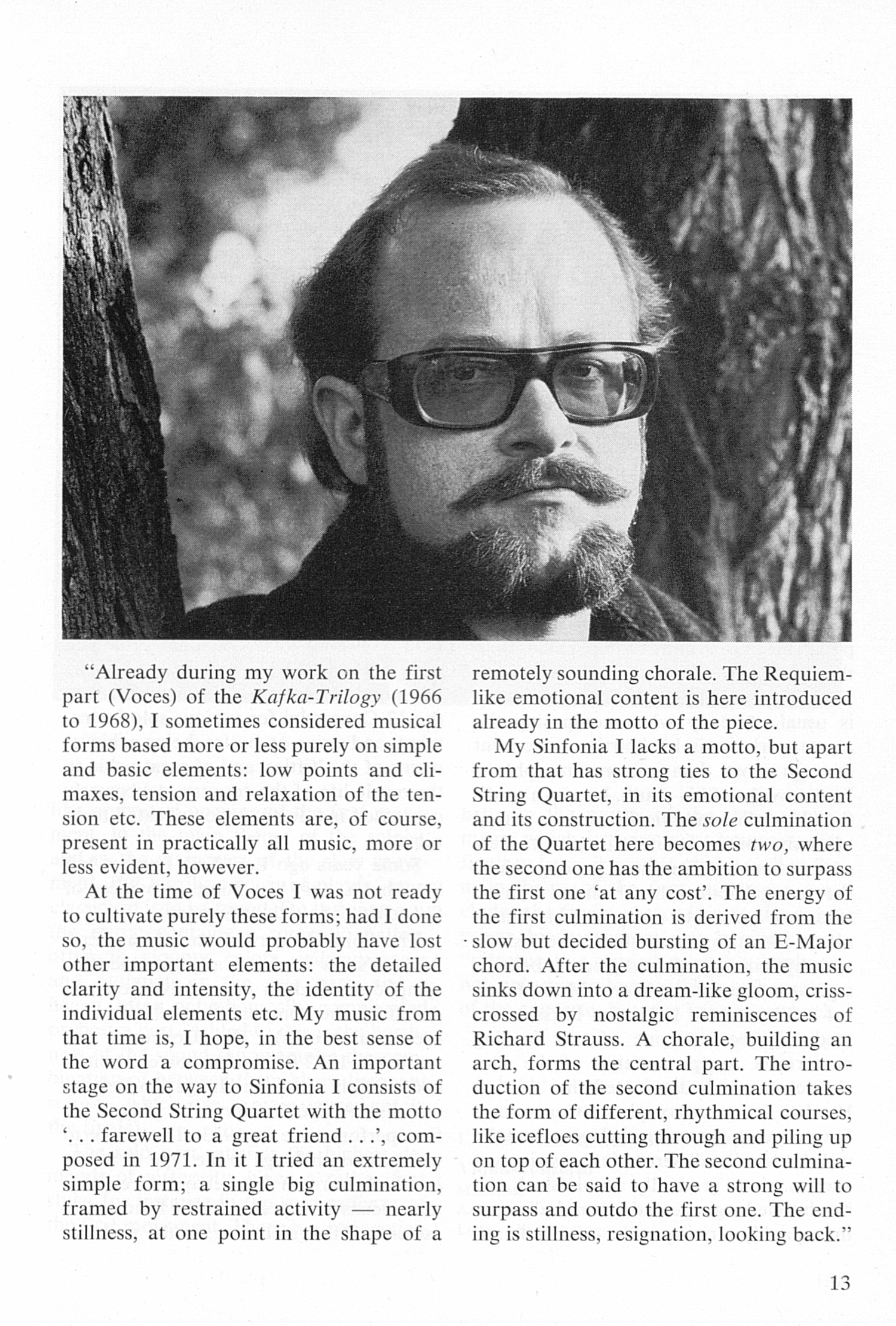 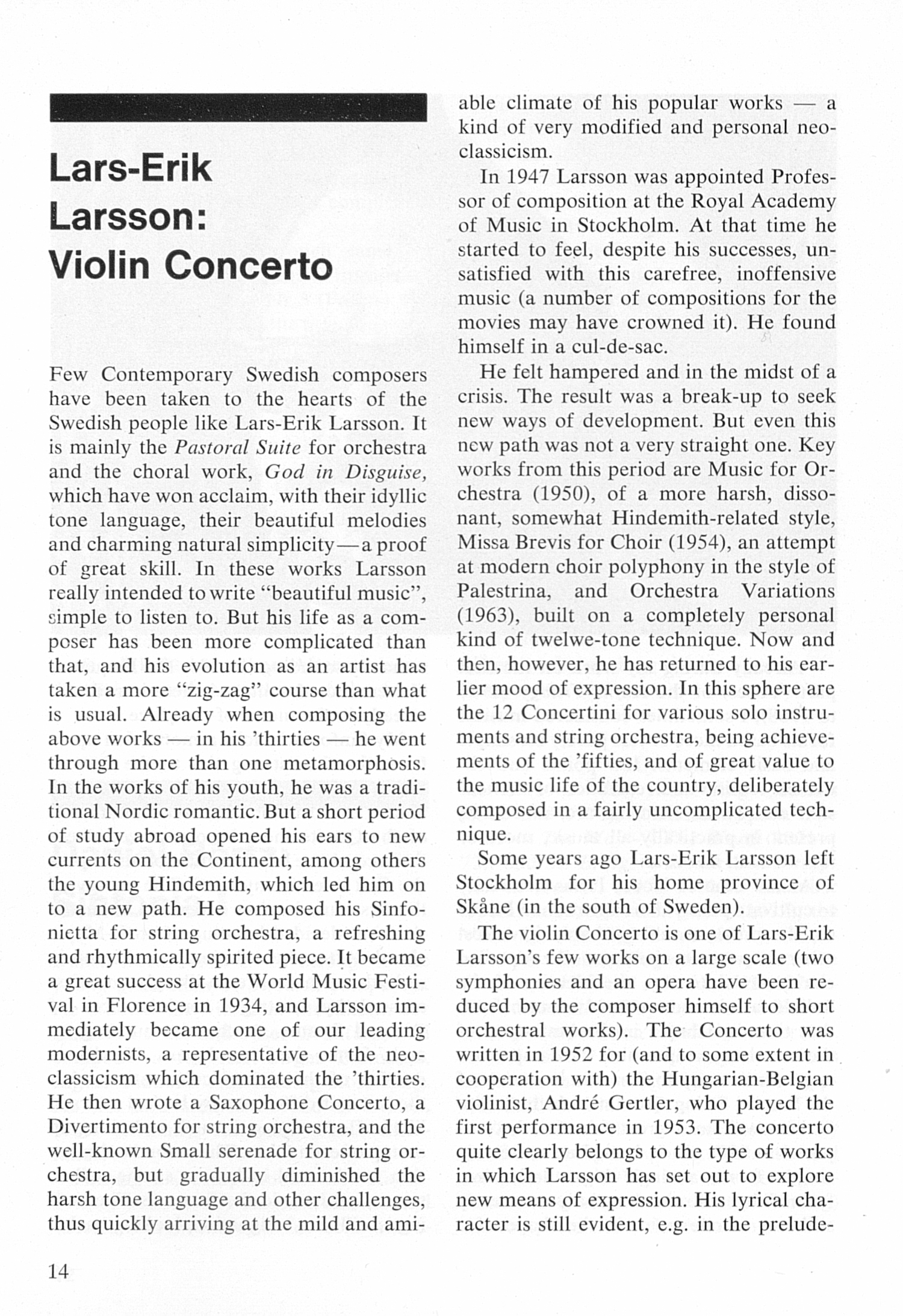 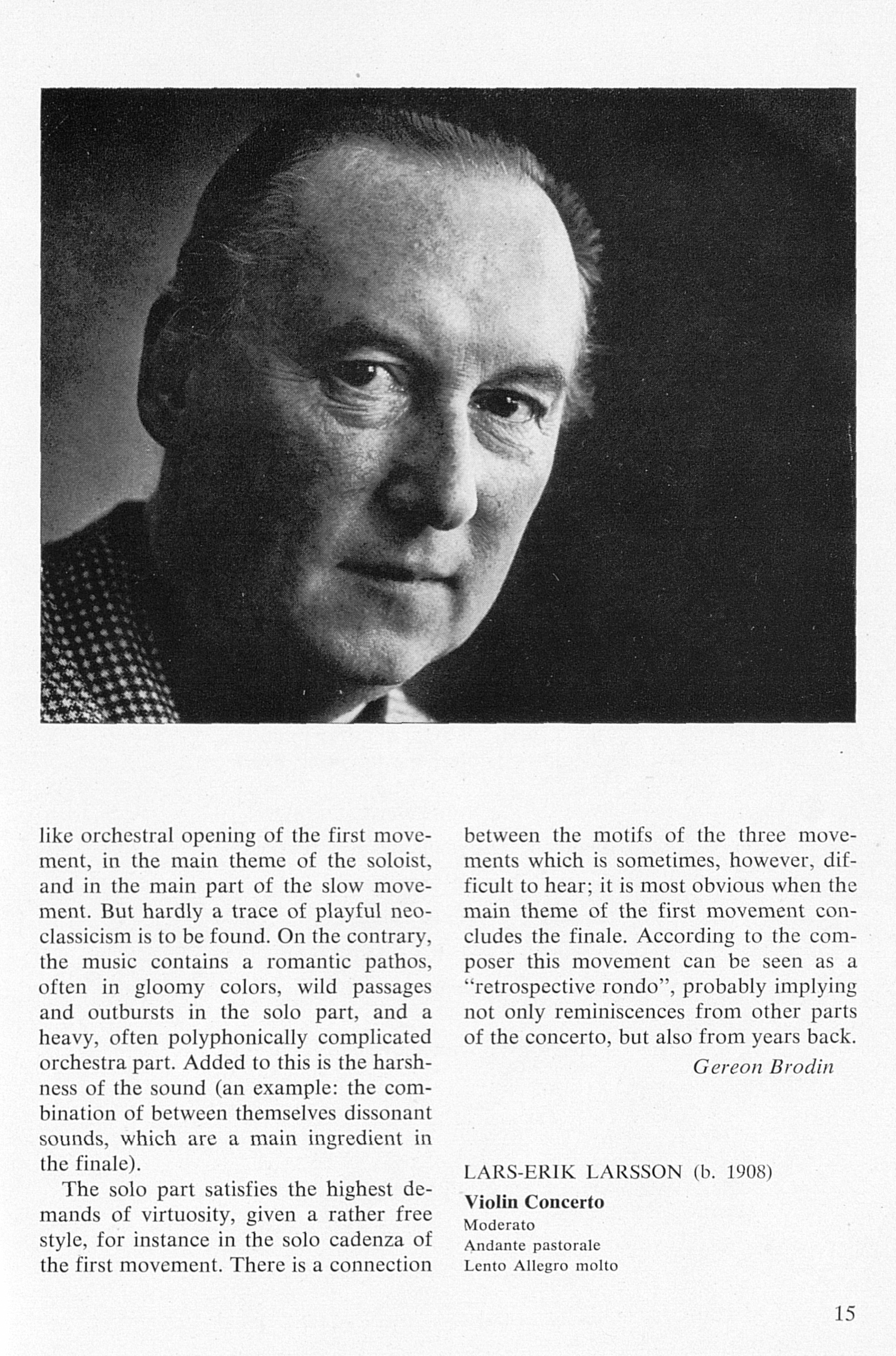 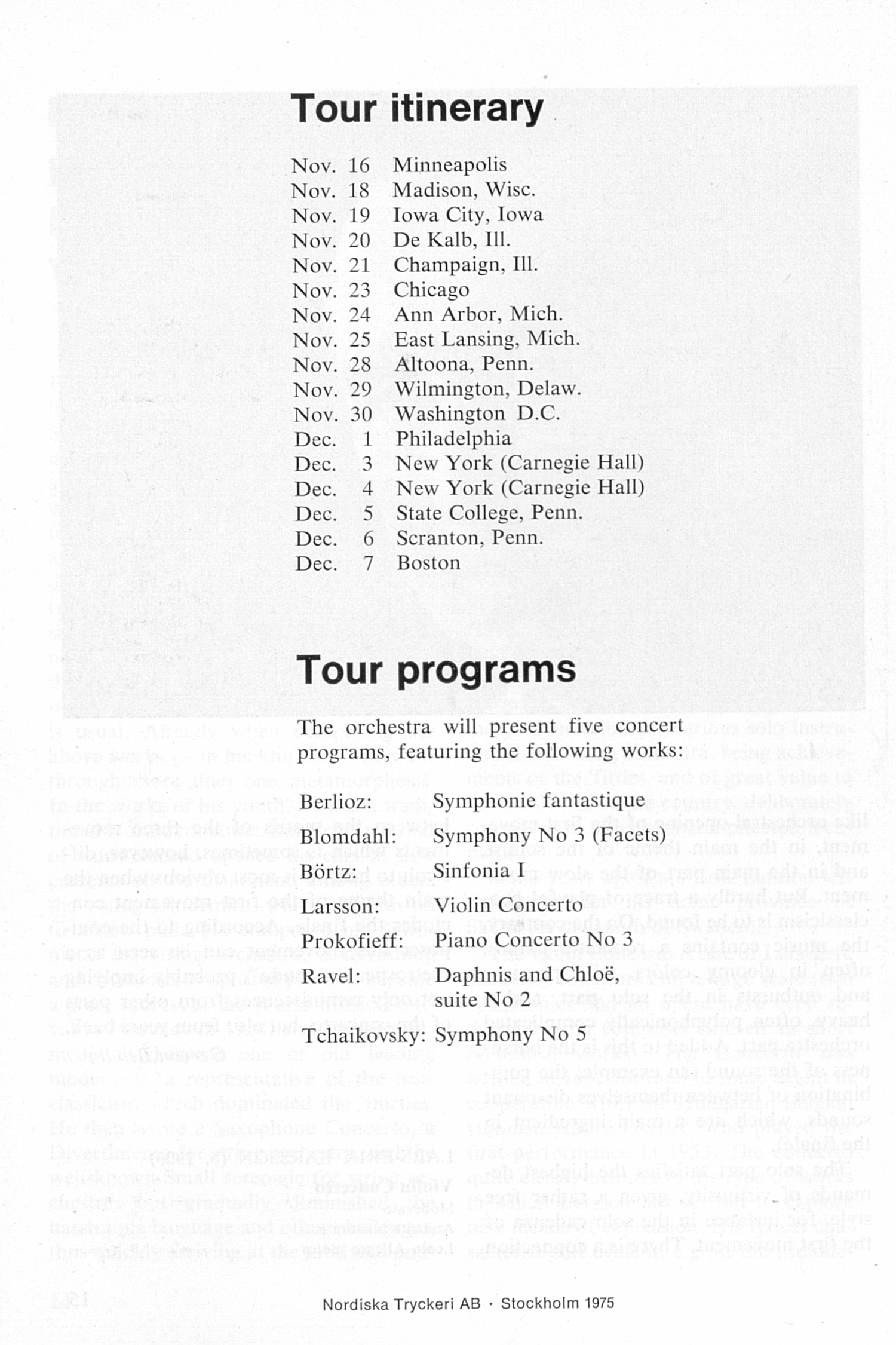 KonstTtnytt
Special issue for the third I nitetl States concert tour
of the Stockholm I'hilhartnonic Orchestra
under the management of
1'olumbia Artists llanafeincnt. Inc.. H'etv Yorle. IY.Y.
Stockholm Philharmonic Orchestra
United States tour
November 14--December 7,1975
Under the gracious patronage of H.M. King Carl XVI Gustaf
Konsertnytt (Concert News) is the official publication of the Stockholm Concert Association, published biweekly throughout the seasen. Editor: Hans Ekheden. Address: Konserthuset, Hbtorget 8, SUl 57 Stockholm, Sweden. Tel. 0822 18 00.
The Stockholm
Philharmonic
Orchestra
The Stockholm Philharmonic Orchestra was originally founded in 1902, when an invitation signed by Wilhelm Stenhammar and other Swedish composers was sent out, soliciting participation in an associa?tion with the task of making available a great sum of money for regular orchestral concerts in Stockholm. The primus motor in the work was Tor Aulin. Two years earlier he had founded what was then called the "Musikforeningens Orkester", i. e. "the Orchestra of the Musicians'
Association" and was himself the con?ductor. Early activities were on a mode?rate scale and the concerts took place in the old building of the Royal Music Academy. Already from the start, there was the emphasis on "good art for the broad masses", which was to be reiniterated in the founding regulation of the Concert Hall 24 years later. The musicians were paid per concert and there was no question of a permanent contract. Small grants were given by the City of Stock?holm but despite that, the financial situa?tion was very poor, and in 1909 the board found it impossible to continue the con?certs.
Later on, the Concert Association was unexpectedly able to take over a hall with 1800 seats. The former king, Gustav VI Adolf, then Crown Prince, became Ho?norary Chairman. Thanks to grants from
AA