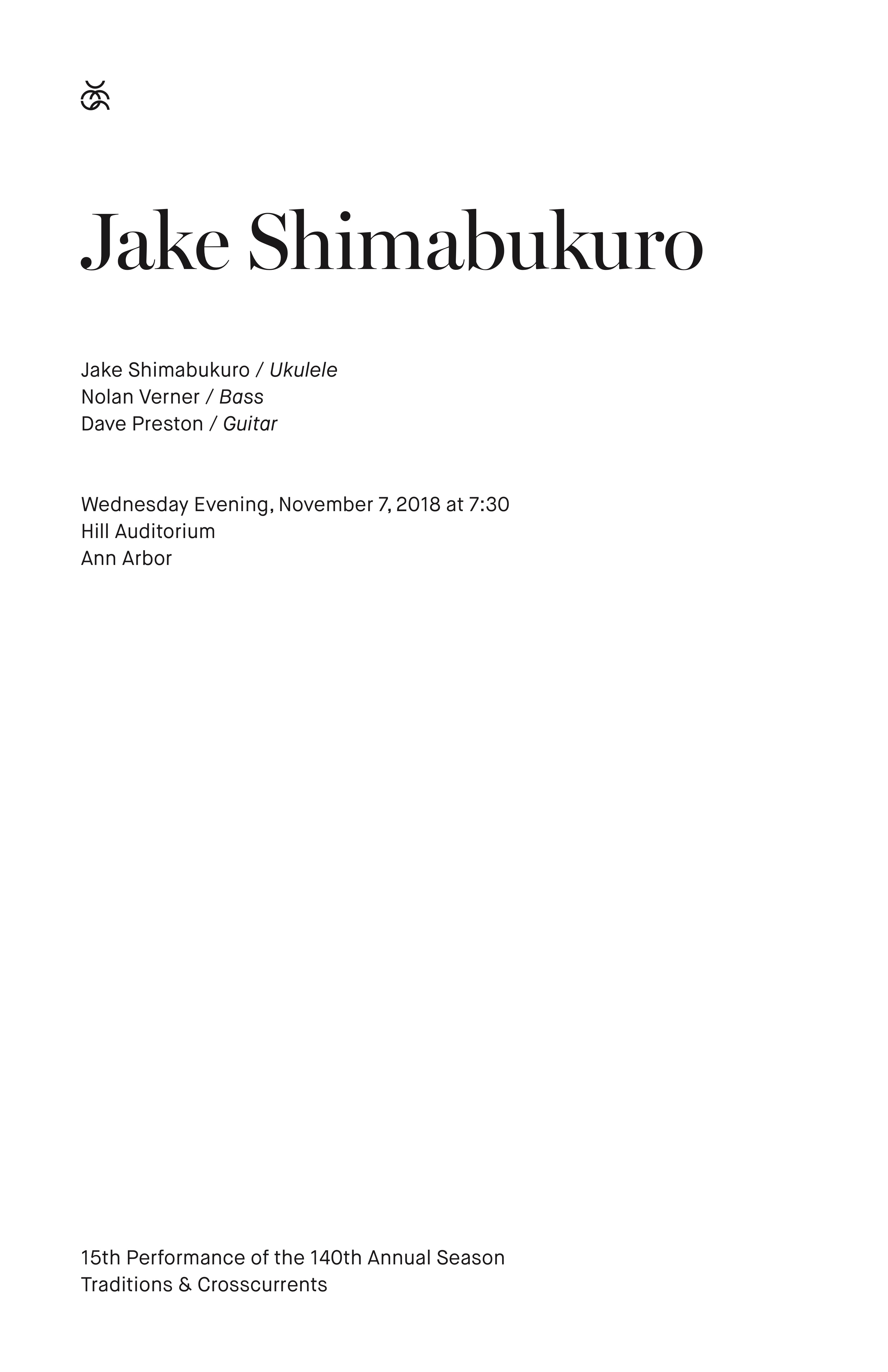 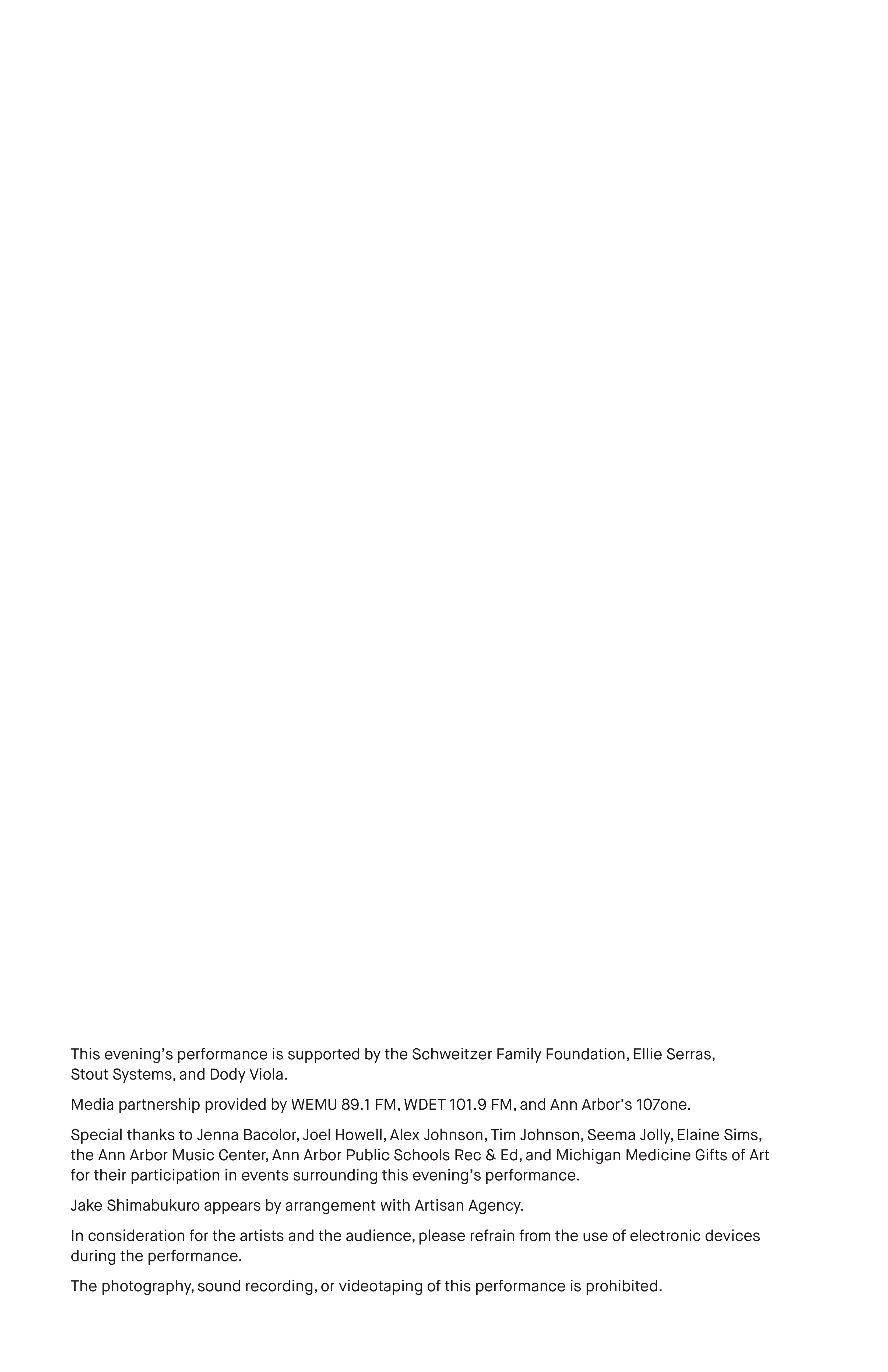 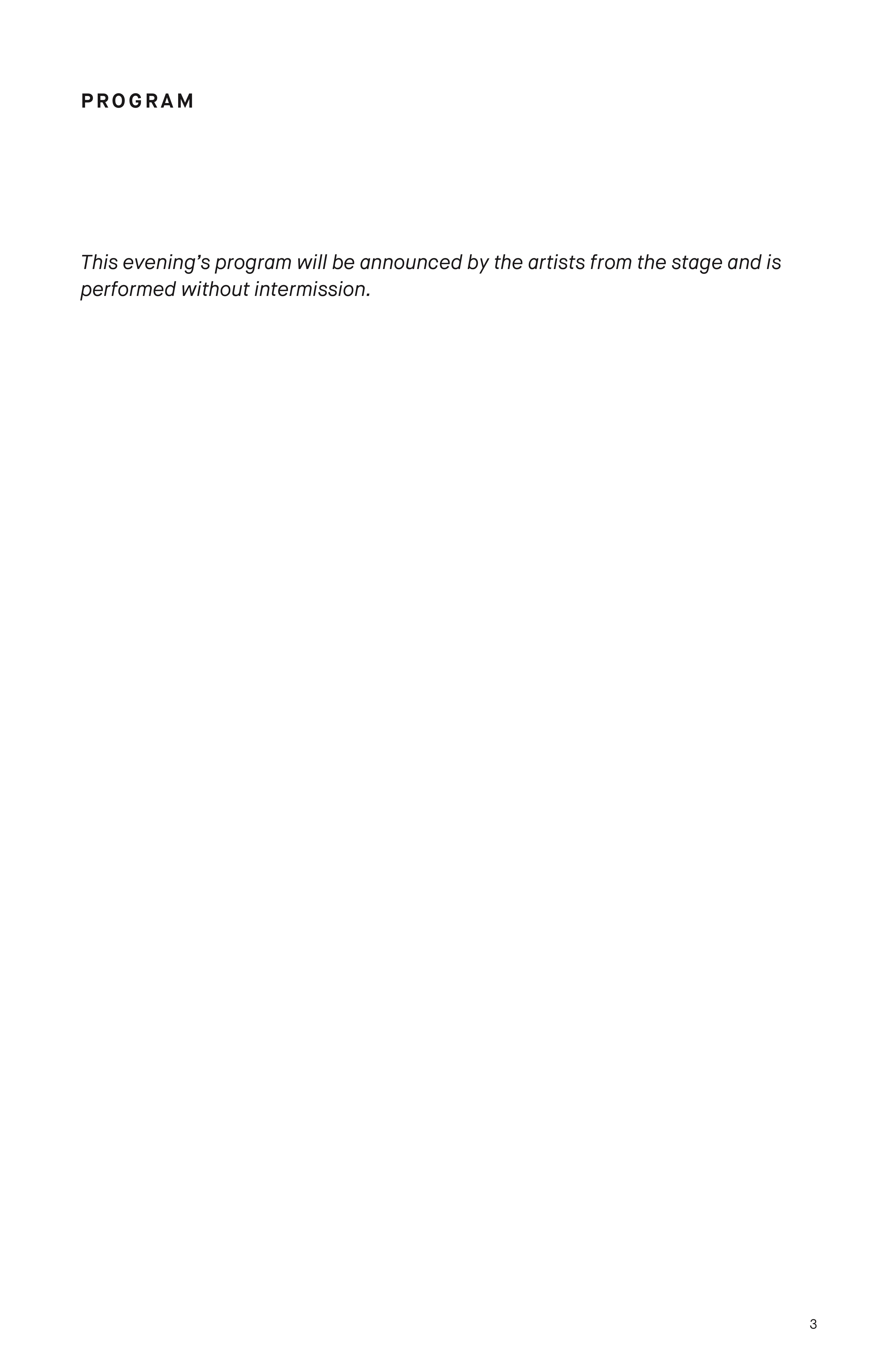 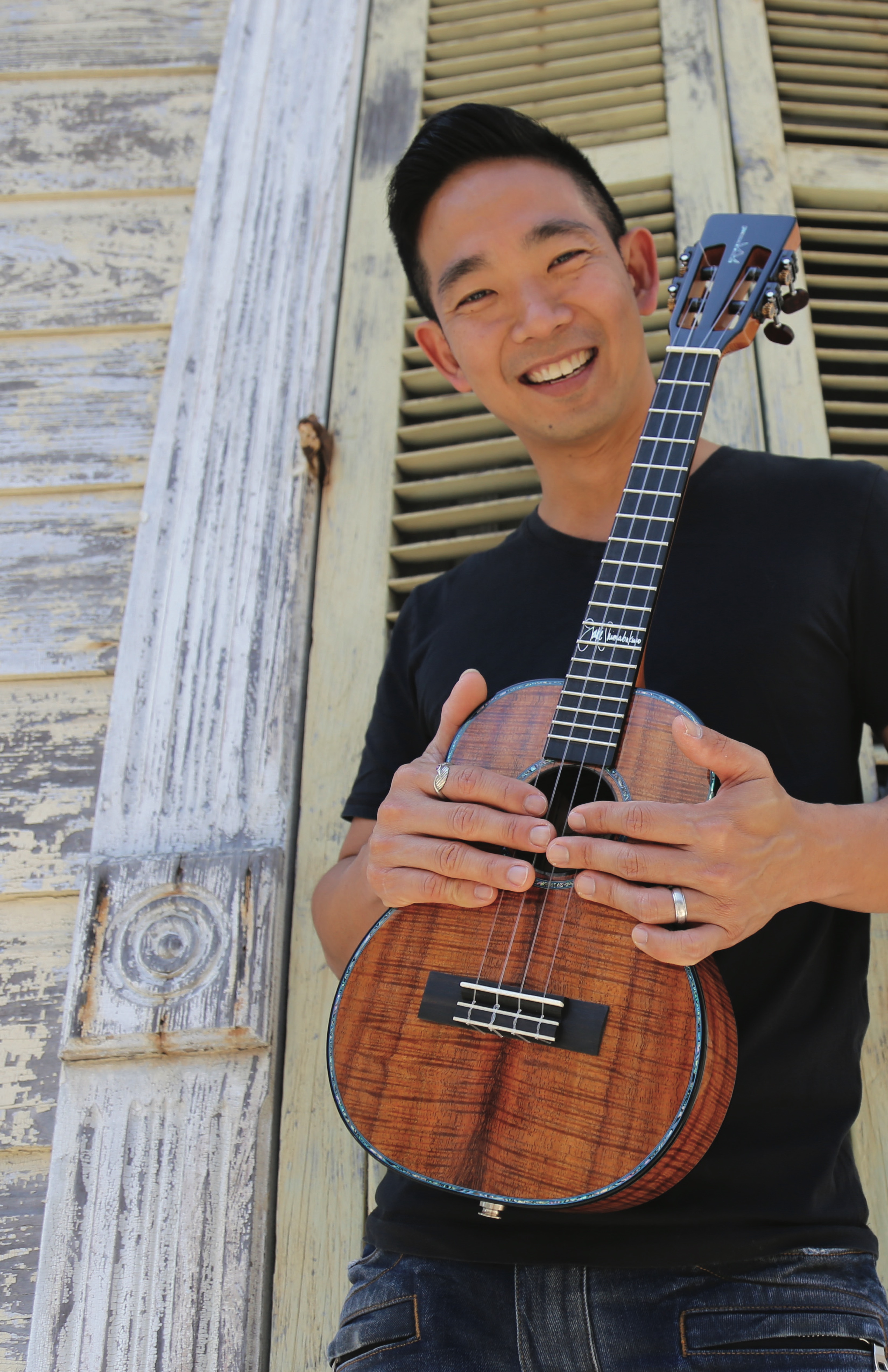 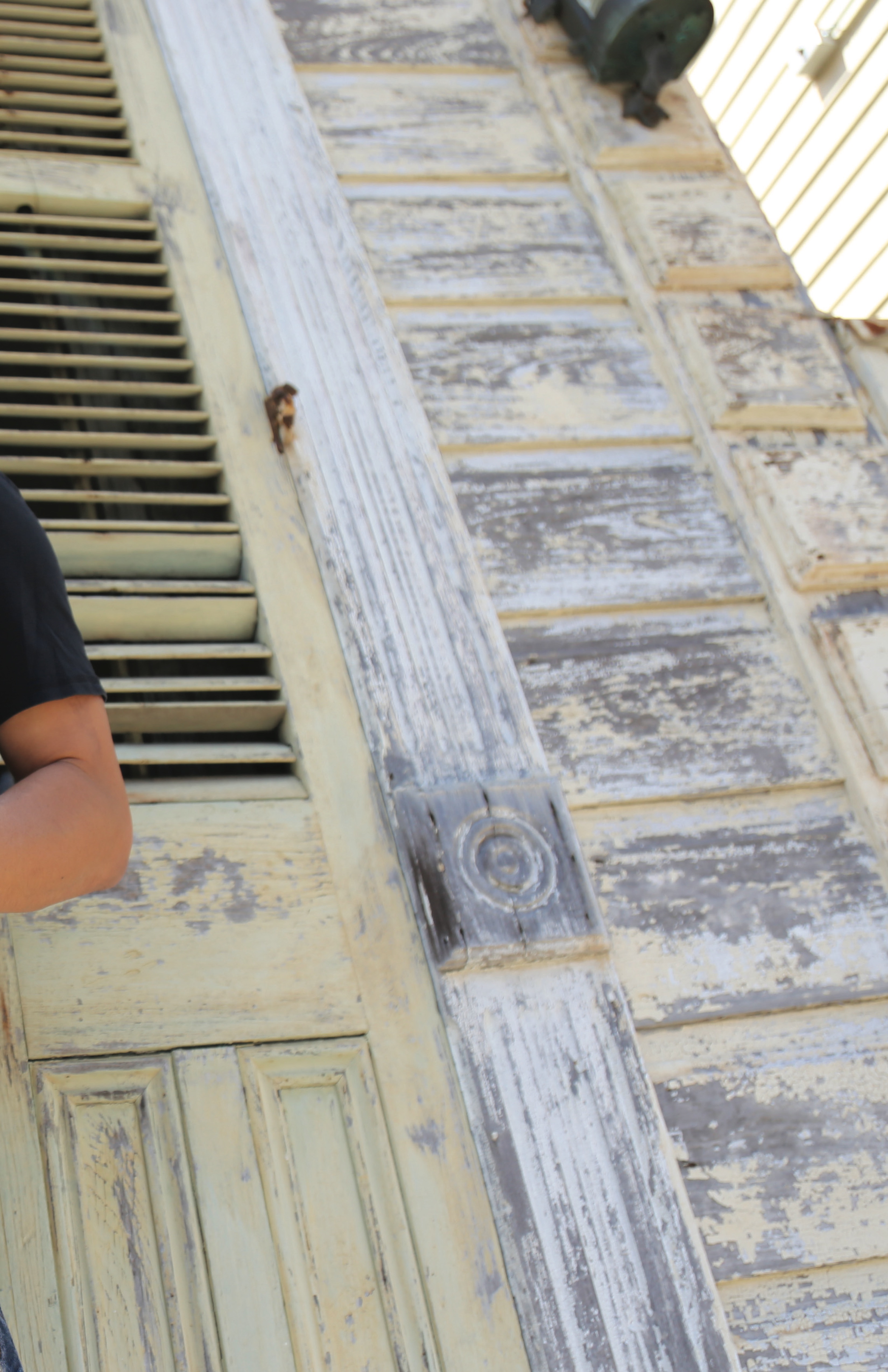 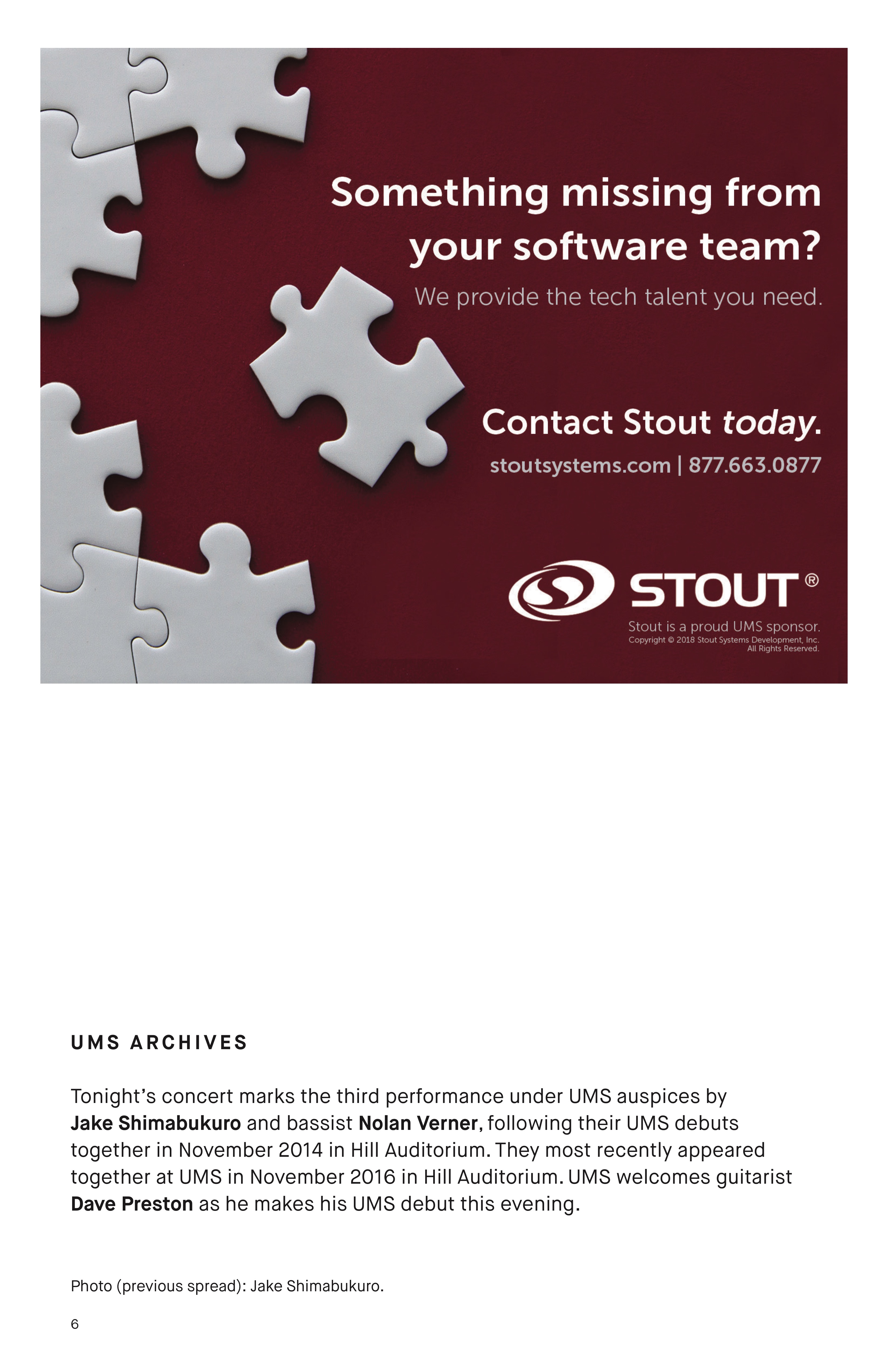 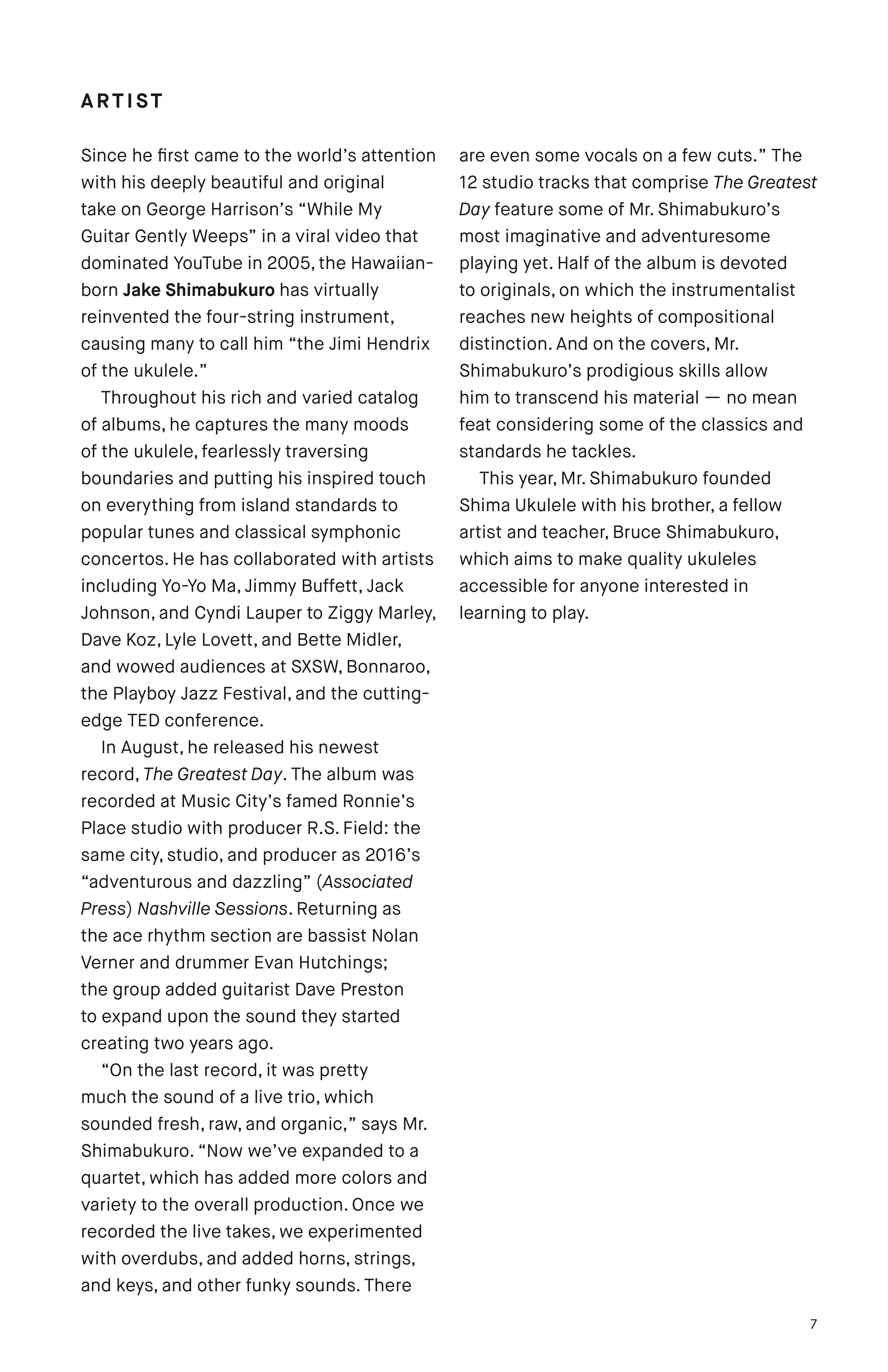 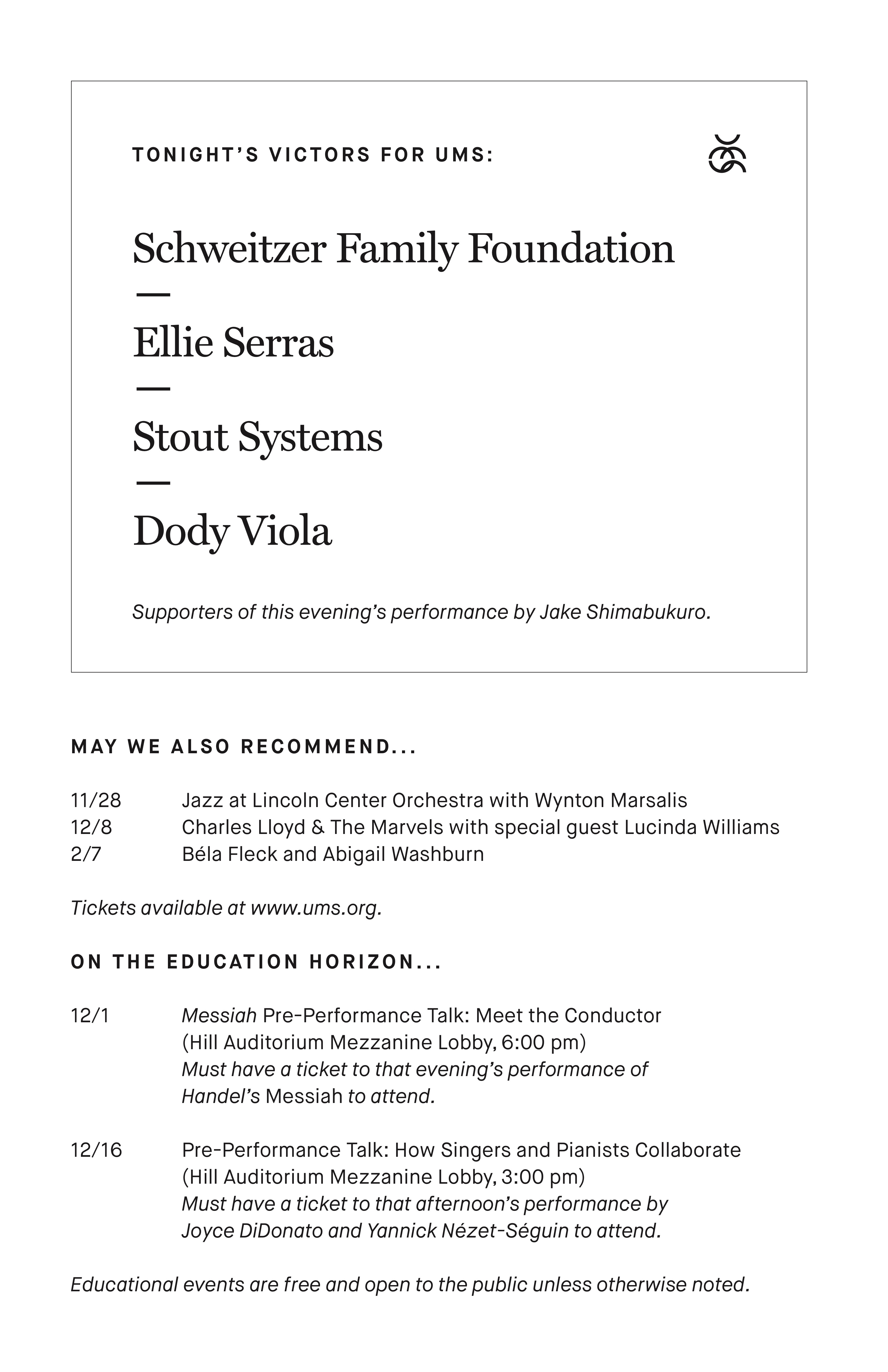 Jake Shimabukuro
Jake Shimabukuro / Ukulele Nolan Verner / Bass
Dave Preston / Guitar
Wednesday Evening, November 7, 2018 at 7:30 Hill Auditorium
Ann Arbor
15th Performance of the 140th Annual Season Traditions & Crosscurrents
This evening’s performance is supported by the Schweitzer Family Foundation, Ellie Serras, Stout Systems, and Dody Viola.
Media partnership provided by WEMU 89.1 FM, WDET 101.9 FM, and Ann Arbor’s 107one.
Special thanks to Jenna Bacolor, Joel Howell, Alex Johnson, Tim Johnson, Seema Jolly, Elaine Sims, the Ann Arbor Music Center, Ann Arbor Public Schools Rec & Ed, and Michigan Medicine Gifts of Art for their participation in events surrounding this evening’s performance.
Jake Shimabukuro appears by arrangement with Artisan Agency.
In consideration for the artists and the audience, please refrain from the use of electronic devices during the performance.
The photography, sound recording, or videotaping of this performance is prohibited.
PROGRAM
This evening’s program will be announced by the artists from the stage and is performed without intermission.
3
4
5
UMS ARCHIVES
Tonight’s concert marks the third performance under UMS auspices by
Jake Shimabukuro and bassist Nolan Verner, following their UMS debuts together in November 2014 in Hill Auditorium. They most recently appeared together at UMS in November 2016 in Hill Auditorium. UMS welcomes guitarist Dave Preston as he makes his UMS debut this evening.
Photo (previous spread): Jake Shimabukuro. 6
ARTIST
Since he  rst came to the world’s attention with his deeply beautiful and original
take on George Harrison’s “While My Guitar Gently Weeps” in a viral video that dominated YouTube in 2005, the Hawaiian- born Jake Shimabukuro has virtually reinvented the four-string instrument, causing many to call him “the Jimi Hendrix of the ukulele.”
Throughout his rich and varied catalog of albums, he captures the many moods
of the ukulele, fearlessly traversing boundaries and putting his inspired touch on everything from island standards to popular tunes and classical symphonic concertos. He has collaborated with artists including Yo-Yo Ma, Jimmy Buffett, Jack Johnson, and Cyndi Lauper to Ziggy Marley, Dave Koz, Lyle Lovett, and Bette Midler, and wowed audiences at SXSW, Bonnaroo, the Playboy Jazz Festival, and the cutting- edge TED conference.
In August, he released his newest record, The Greatest Day. The album was recorded at Music City’s famed Ronnie’s Place studio with producer R.S. Field: the same city, studio, and producer as 2016’s “adventurous and dazzling” (Associated Press) Nashville Sessions. Returning as the ace rhythm section are bassist Nolan Verner and drummer Evan Hutchings;
the group added guitarist Dave Preston to expand upon the sound they started creating two years ago.
“On the last record, it was pretty
much the sound of a live trio, which sounded fresh, raw, and organic,” says Mr. Shimabukuro. “Now we’ve expanded to a quartet, which has added more colors and variety to the overall production. Once we recorded the live takes, we experimented with overdubs, and added horns, strings, and keys, and other funky sounds. There
are even some vocals on a few cuts.” The 12 studio tracks that comprise The Greatest Day feature some of Mr. Shimabukuro’s most imaginative and adventuresome playing yet. Half of the album is devoted
to originals, on which the instrumentalist reaches new heights of compositional distinction. And on the covers, Mr. Shimabukuro’s prodigious skills allow
him to transcend his material — no mean feat considering some of the classics and standards he tackles.
This year, Mr. Shimabukuro founded Shima Ukulele with his brother, a fellow artist and teacher, Bruce Shimabukuro, which aims to make quality ukuleles accessible for anyone interested in learning to play.
7
TONIGHT’S VICTORS FOR UMS:
Schweitzer Family Foundation —Ellie Serras
—Stout Systems
—Dody Viola
Supporters of this evening’s performance by Jake Shimabukuro.
MAY WE ALSO RECOMMEND...
11/28 Jazz at Lincoln Center Orchestra with Wynton Marsalis
12/8 Charles Lloyd & The Marvels with special guest Lucinda Williams 2/7 Béla Fleck and Abigail Washburn
Tickets available at www.ums.org.
ON THE EDUCATION HORIZON...
12/1 Messiah Pre-Performance Talk: Meet the Conductor (Hill Auditorium Mezzanine Lobby, 6:00 pm)
Must have a ticket to that evening’s performance of Handel’s Messiah to attend.
12/16 Pre-Performance Talk: How Singers and Pianists Collaborate (Hill Auditorium Mezzanine Lobby, 3:00 pm)
Must have a ticket to that afternoon’s performance by Joyce DiDonato and Yannick Nézet-Séguin to attend.
Educational events are free and open to the public unless otherwise noted.