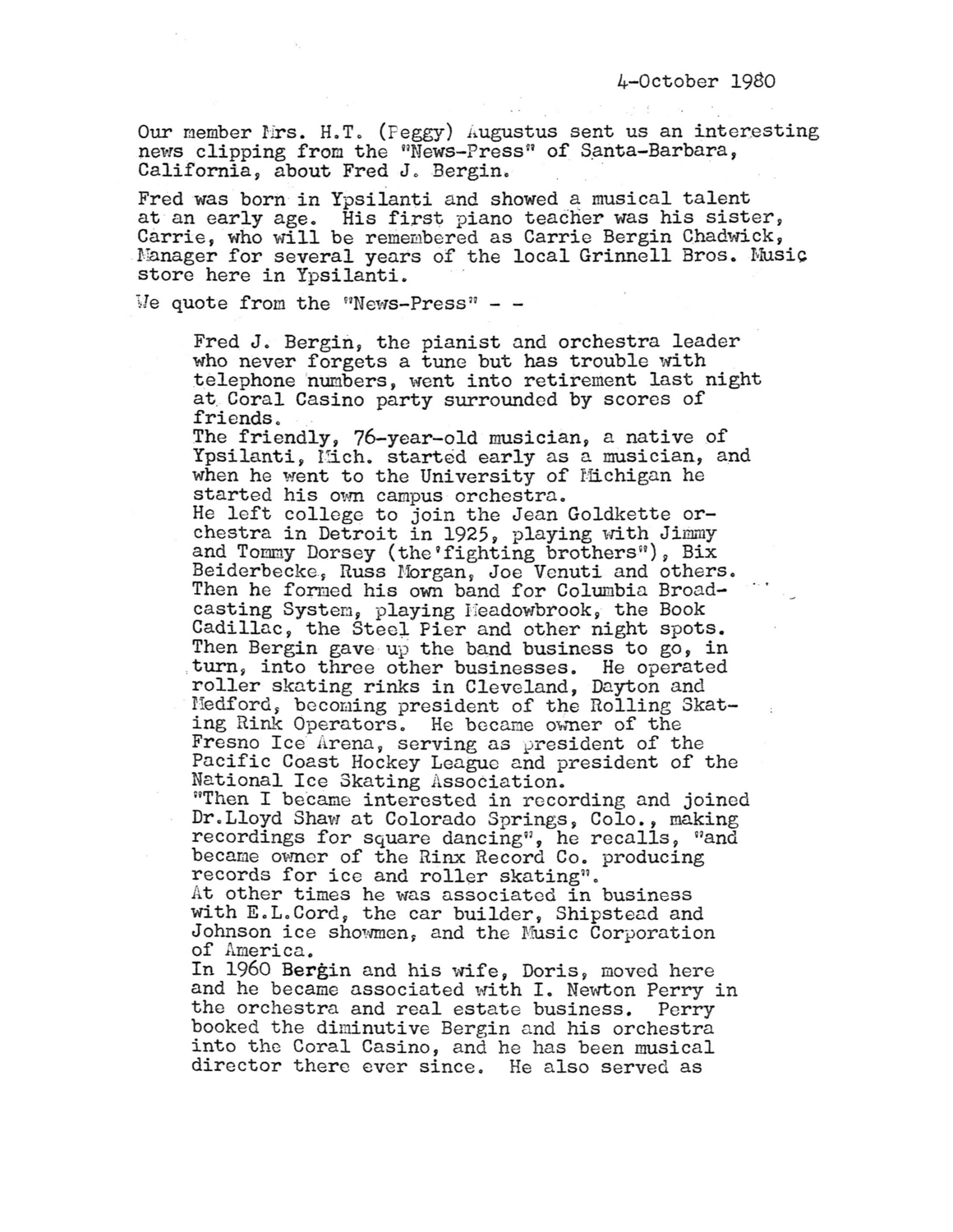 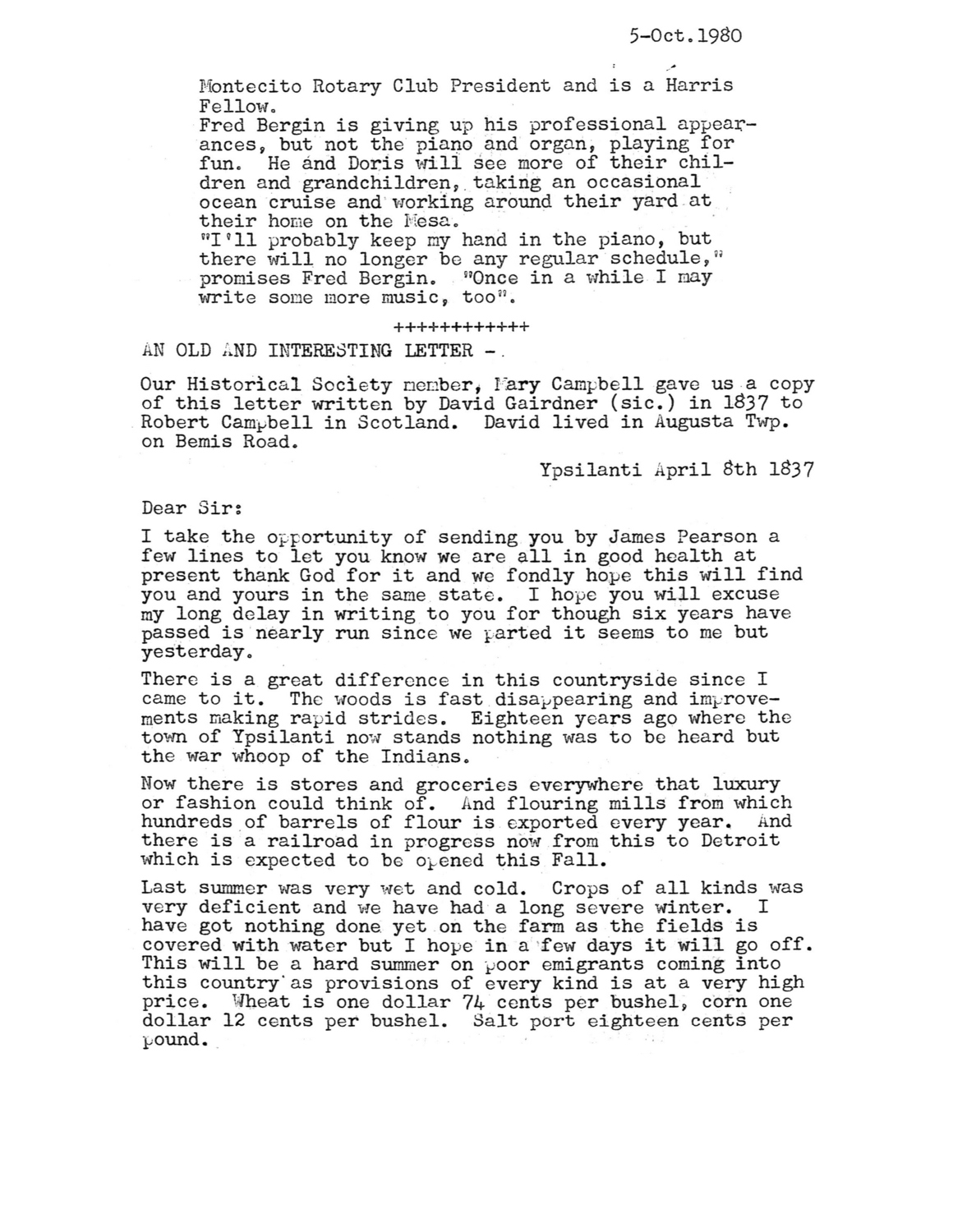 Our member Mrs. H. T. (Peggy) Augustus sent us an interesting news clipping from the “News-Press” of Santa-Barbara, California, about Fred J. Bergin.

Fred was born in Ypsilanti and showed a musical talent at an early age. His first piano teacher was his sister, Carrie, who will be remembered as Carrie Bergin Chadwick, Manager for several years of the local Grinnell Bros. Music store here in Ypsilanti.

We quote from the News-Press:

Fred J. Bergin, the pianist and orchestra leader who never forgets a tune but has trouble with telephone numbers, went into retirement last night at Coral Casino party surrounded by scores of friends.

The friendly, 76-year-old musician, a native of Ypsilanti, Mich. started early as a musician, and when he went to the University of Michigan he started his own campus orchestra.

He left college to join the Jean Goldkette orchestra in Detroit in 1925, playing with Jimmy and Tommy Dorsey (the ‘fighting brothers’), Bix Beiderbecke, Russ Morgan, Joe Venuti and others. Then he formed his own band for Columbia Broadcasting System, playing Meadowbrook, the Book Cadillac, the Steel Pier and other night spots. Then Bergin gave up the band business to go, in turn, into three other businesses. He operated roller skating rinks in Cleveland, Dayton and Medford, becoming president of the Rolling Skating Rink Operators. He became owner of the Fresno Ice Arena, serving as president of the Pacific Coast Hockey League and president of the National Ice Skating Association.

“Then I became interested in recording and joined Dr. Lloyd Shaw at Colorado Springs, Colo., making recordings for square dancing”, he recalls, “and became owner of the Rinx Record Co. producing records for ice and roller skating“.

At other times he was associated in business with E. L. Cord, the car builder, Shipstead and Johnson ice showmen, and the Music Corporation of America.

In 1960 Bergin and his wife, Doris, moved here and he became associated with I. Newton Perry in the orchestra and real estate business. Perry booked the diminutive Bergin and his orchestra into the Coral Casino, and he has been musical director there ever since. He also served as Montecito Rotary Club President and is a Harris Fellow.

Fred Bergin is giving up his professional appearances, but not the piano and organ, playing for fun. He and Doris will see more of their children and grandchildren, taking an occasional ocean cruise and working around their yard at their home on the Mesa.

“I'll probably keep my hand in the piano, but there will no longer be any regular schedule,” promises Fred Bergin. Once in a while I may write some more music, too."