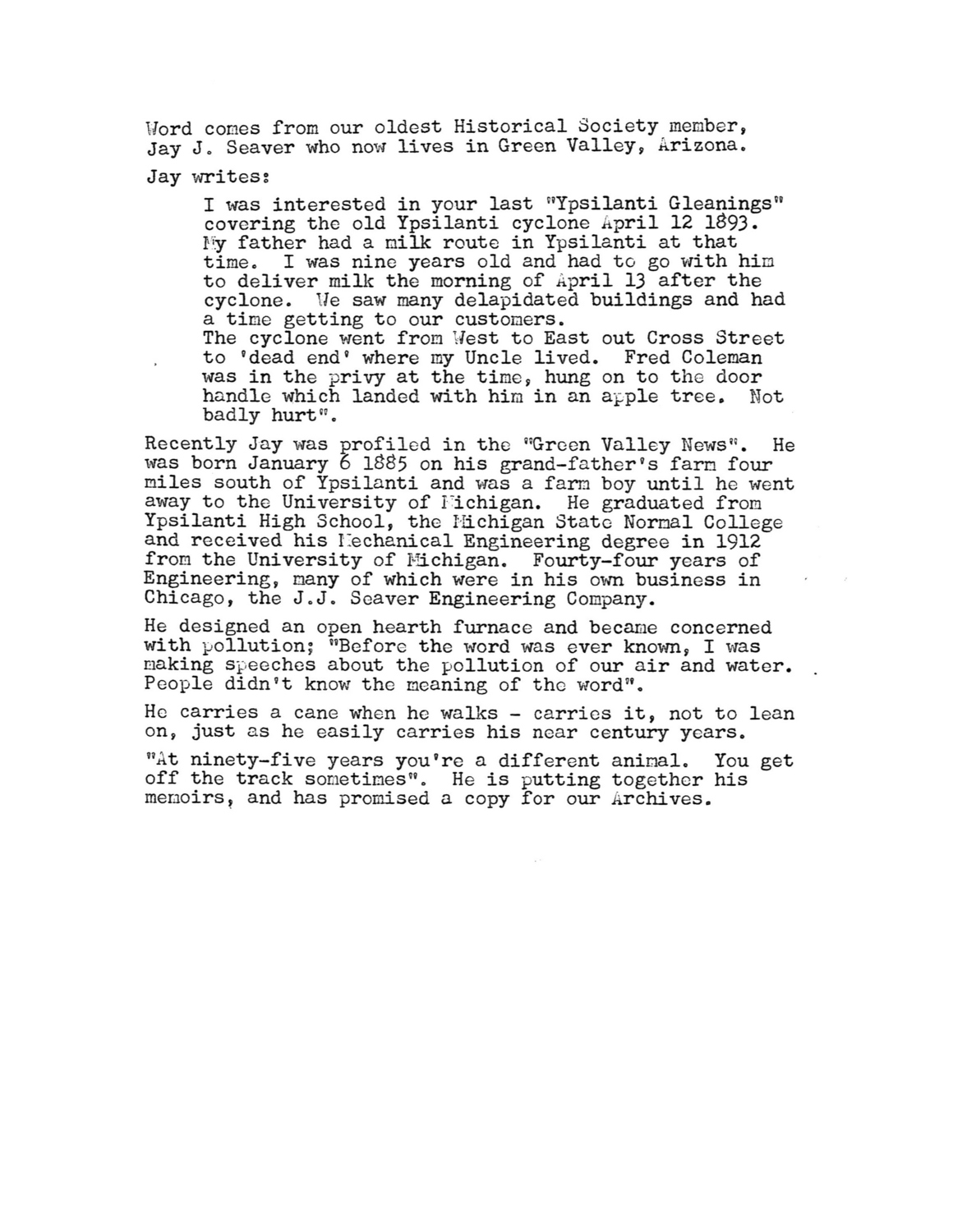 I was interested in your last “Ypsilanti Gleanings” covering the old Ypsilanti cyclone April 12 1893. My father had a milk route in Ypsilanti at that time. I was nine years old and had to go with him to deliver milk the morning of April 13 after the cyclone. We saw many delapidated buildings and had a time getting to our customers.

The cyclone went from West to East out Cross Street to ‘dead end’ where my Uncle lived. Fred Coleman was in the privy at the time, hung on to the door handle which landed with him in an apple tree. Not badly hurt”.

Recently Jay was profiled in the “Green Valley News”. He was born January 6 1885 on his grand-father's farm four miles south of Ypsilanti and was a farm boy until he went away to the University of Michigan. He graduated from Ypsilanti High School, the Michigan State Normal College and received his Mechanical Engineering degree in 1912 from the University of Michigan. Fourty-four years of Engineering, many of which were in his own business in Chicago, the J. J. Seaver Engineering Company.

He designed an open hearth furnace and became concerned with pollution; “Before the word was ever known, I was making speeches about the pollution of our air and water. People didn't know the meaning of the word”.

He carries a cane when he walks-carries it, not to lean on, just as he easily carries his near century years.

“At ninety-five years you're a different animal. You get off the track sometimes”. He is putting together his memoirs, and has promised a copy for our Archives.