They're Still Talking about that Cyclone 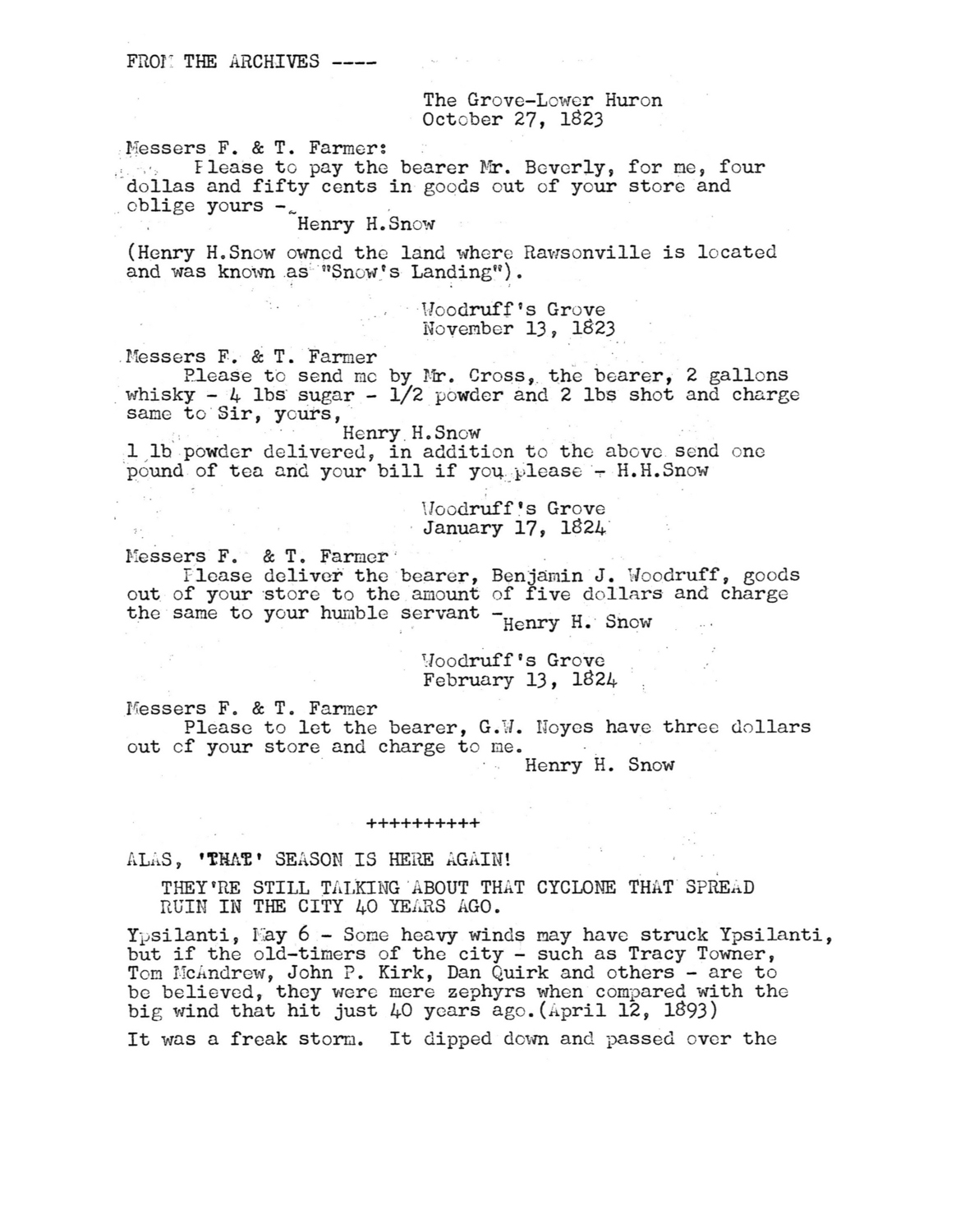 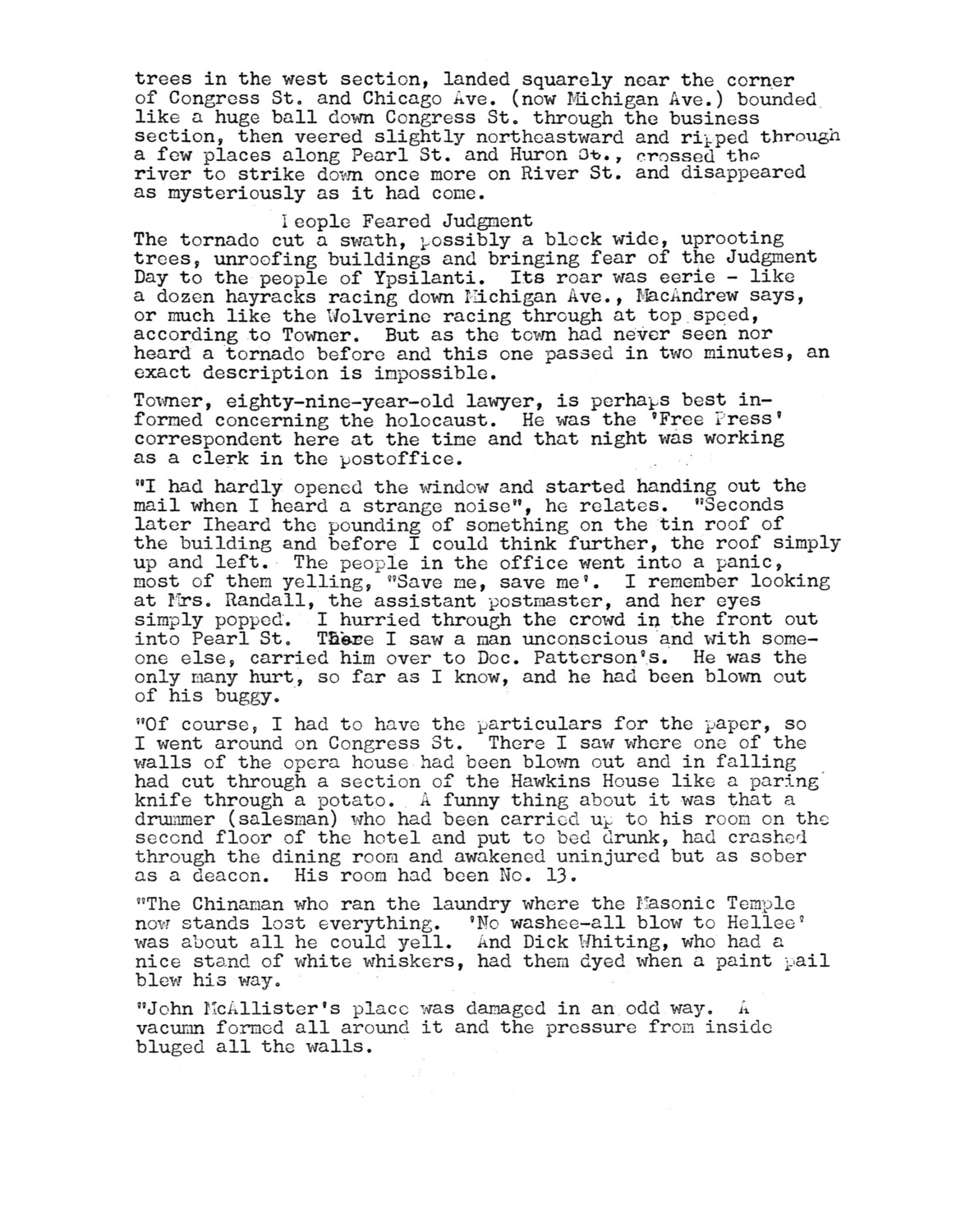 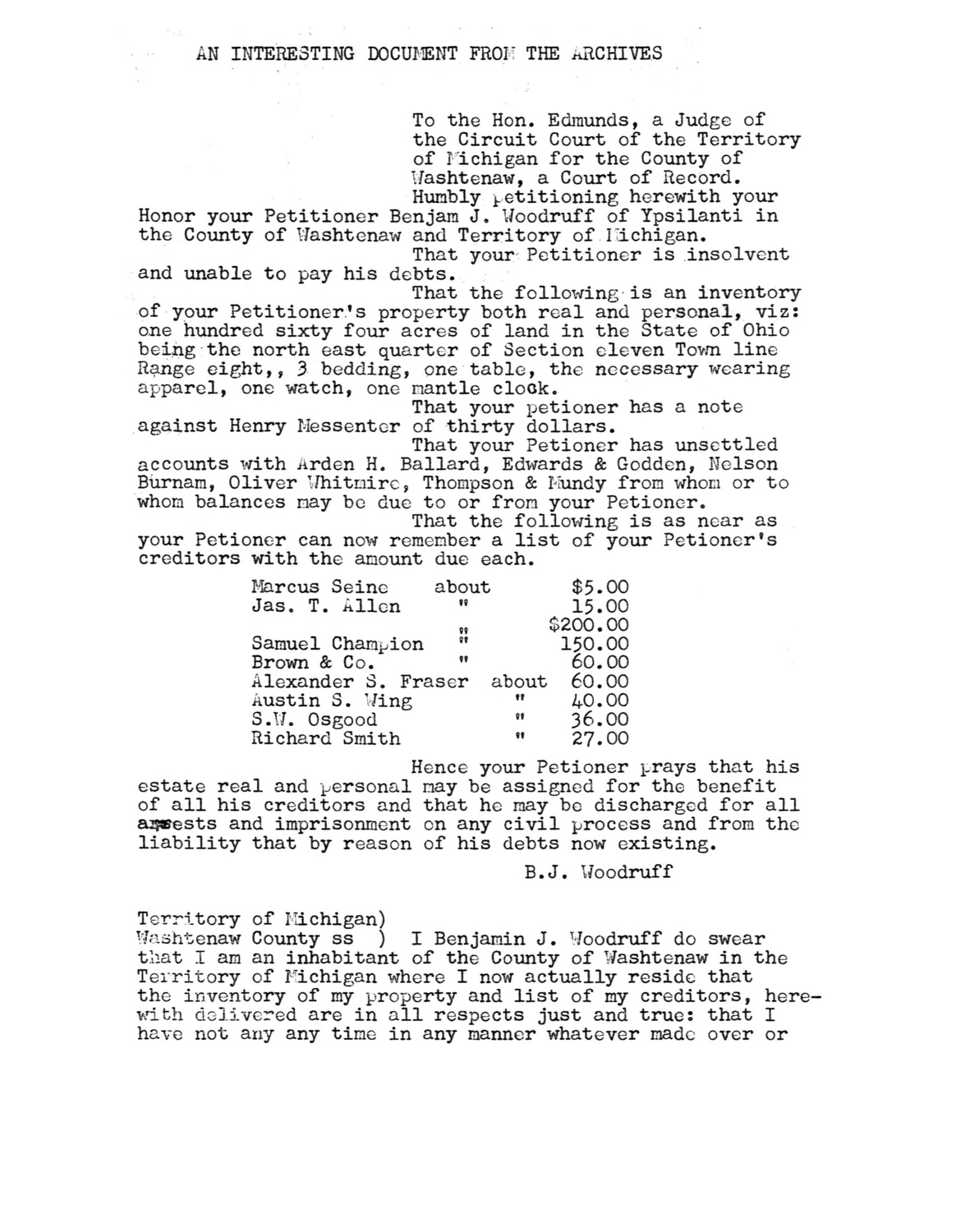 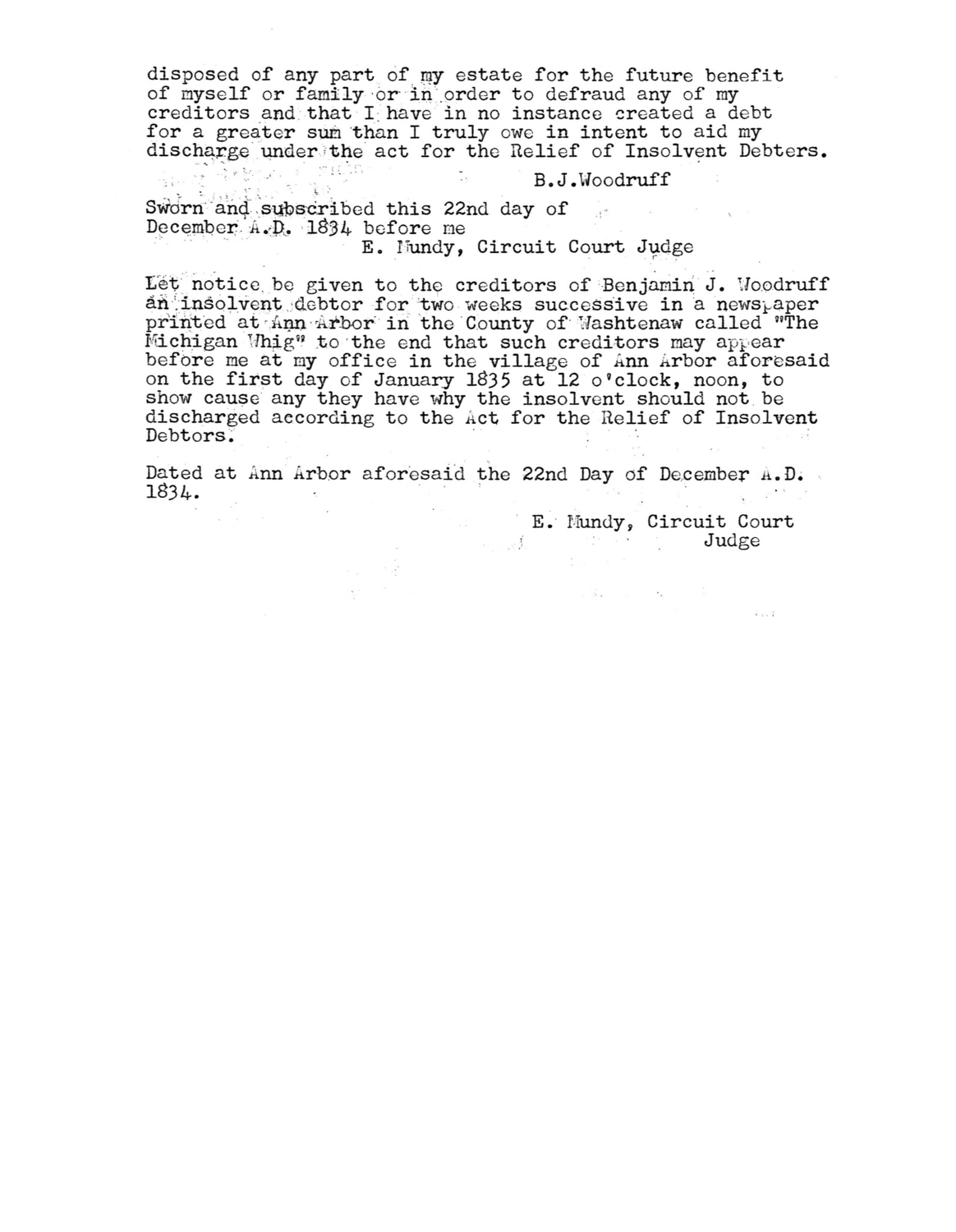 Alas, 'That' Season is Here Again! They're Still Talking about that Cyclone that Spread Ruin in the City 40 Years Ago.

Ypsilanti, May 6-Some heavy winds may have struck Ypsilanti, but if the old-timers of the city-such as Tracy Towner, Tom McAndrew, John P. Kirk, Dan Quirk and others-are to be believed, they were mere zephyrs when compared with the big wind that hit just 40 years ago. (April 12, 1893)

It was a freak storm. It dipped down and passed over the trees in the west section, landed squarely near the corner of Congress St. and Chicago Ave. (now Michigan Ave.) bounded like a huge ball down Congress St. through the business section, then veered slightly northeastward and ripped through a few places along Pearl St. and Huron St., crossed the river to strike down once more on River St. and disappeared as mysteriously as it had come.

The tornado cut a swath, possibly a block wide, uprooting trees, uprooting buildings and bringing fear of the Judgment Day to the people of Ypsilanti. Its roar was eerie-like a dozen hayracks racing down Michigan Ave., MacAndrew says, or much like the Wolverine racing through at top speed, according to Towner. But as the town had never seen nor heard a tornado before and this one passed in two minutes, an exact description is impossible.

Towner, eighty-nine-year-old lawyer, is perhaps best informed concerning the holocaust. He was the ‘Free Press’ correspondent here at the time and that night was working as a clerk in the postoffice.

“I had hardly opened the window and started handing out the mail when I heard a strange noise”, he relates. “Seconds later Iheard the pounding of something on the tin roof of the building and before I could think further, the roof simply up and left. The people in the office went into a panic, most of them yelling, “Save me, save me'. I remember looking at Mrs. Randall, the assistant postmaster, and her eyes simply popped. I hurried through the crowd in the front out into Pearl St. There I saw a man unconscious and with someone else, carried him over to Doc. Patterson's. He was the only many hurt, so far as I know, and he had been blown out of his buggy.

“Of course, I had to have the particulars for the paper, so I went around on Congress St. There I saw where one of the walls of the opera house had been blown out and in falling had cut through a section of the Hawkins House like a paring knife through a potato. A funny thing about it was that a drummer (salesman) who had been carried up to his room on the second floor of the hotel and put to bed drunk, had crashed through the dining room and awakened uninjured but as sober as a deacon. His room had been No. 13.

“The Chinaman who ran the laundry where the Masonic Temple now stands lost everything. ‘No washee-all blow to Hellee’ was about all he could yell. And Dick Whiting, who had a nice stand of white whiskers, had them dyed when a paint pail blew his way.

“John McAllister's place was damaged in an odd way. A vacumn formed all around it and the pressure from inside bluged all the walls.

“Of course, the wires were down, so I gathered and wrote news until 11 p.m. and then took it into Detroit on the train and hurried down to the office with it. Frank Codrington was State Editor then, and he took the stuff and told me to write verything more I could. The ‘Free Press’ beat the world on that one”.

MacAndrew, now 81 years old, told the story as he sat in front of a stove in his furniture store. “I was sitting right here with Henry Curtis when it happened”, he relates. “The day had been warm and the wind was blowing hard. I went out to get a center table that was standing at the curb and just as I got back the cyclone hit. When it got here it took the ventilator off the top of the building, left the next two untouched and then struck at the one next to the corner. Meanwhile, it had taken the tower off Cleary College (N.Adams and Michigan Avenue) and hit the Opera House and Hawkins House, on the other side of the street. By the time most of us realized what was happening, it was over.

“It's a good thing that it didn't go farther north than it did. A revival meeting was going on in the Methodist Church over on Washtenaw and Washington and it was full. If the cyclone had hit there, a good many people might have been killed”.

Tracy Towner was working in the Postoffice on that Sunday night, April 12 1893, when the devasting cyclone struck Ypsilanti. It was the most destructive disaster that ever happened in Ypsilanti. At that time the Postoffice was in the building at the south west corner of North Huron and Pearl Street. Tracy became an attorney and his office was in the Ypsilanti Savings Bank building (19–21 Congress (Michigan Ave) corner Huron Street) and he lived at 303 N. Huron until his death in 1943.

The Archives of the Museum has many photographs of the damage wrought by the cyclone-part of our Florence S. Babbitt collection.

View the following images of the Cyclone of 1893 in our Gleanings image gallery: