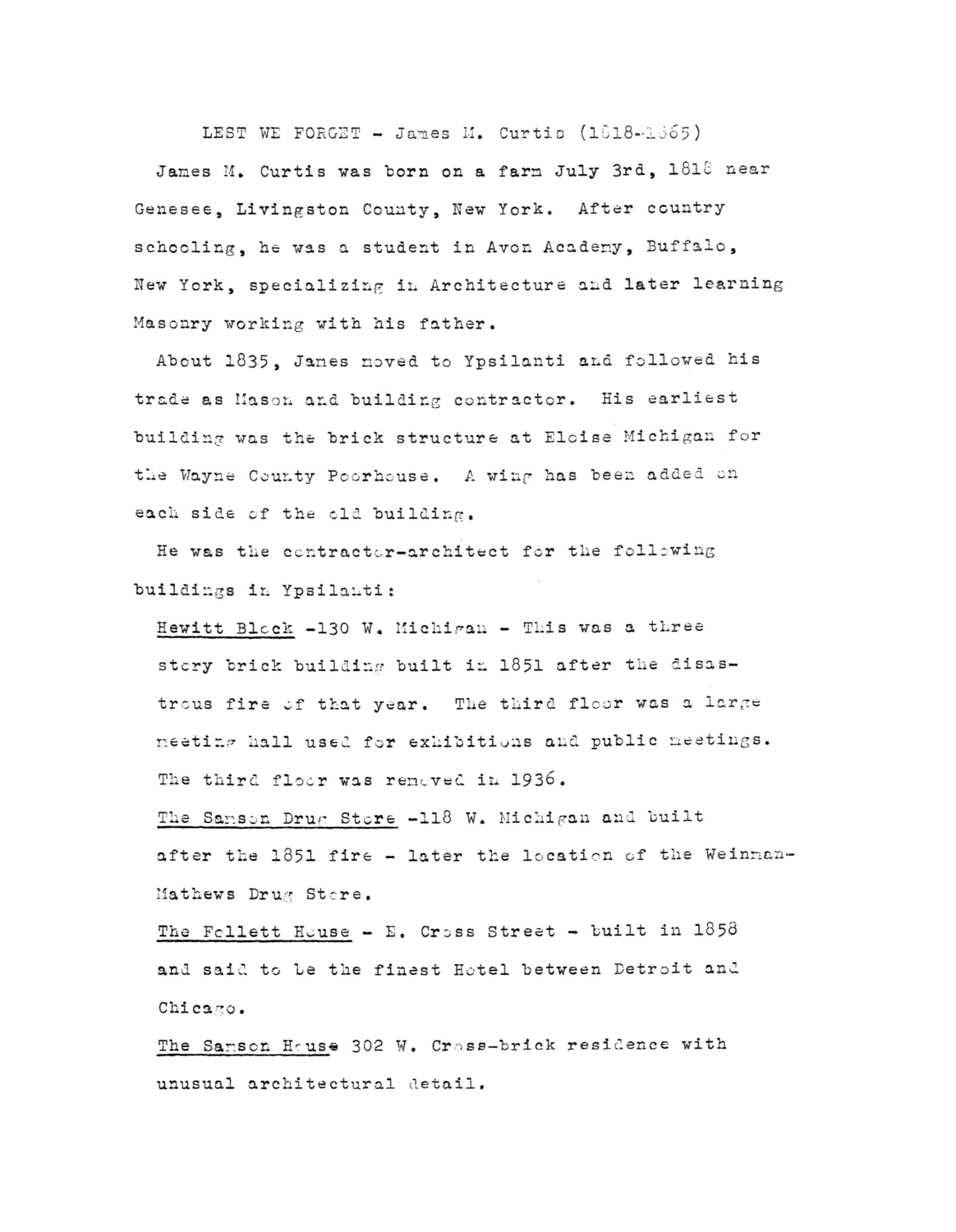 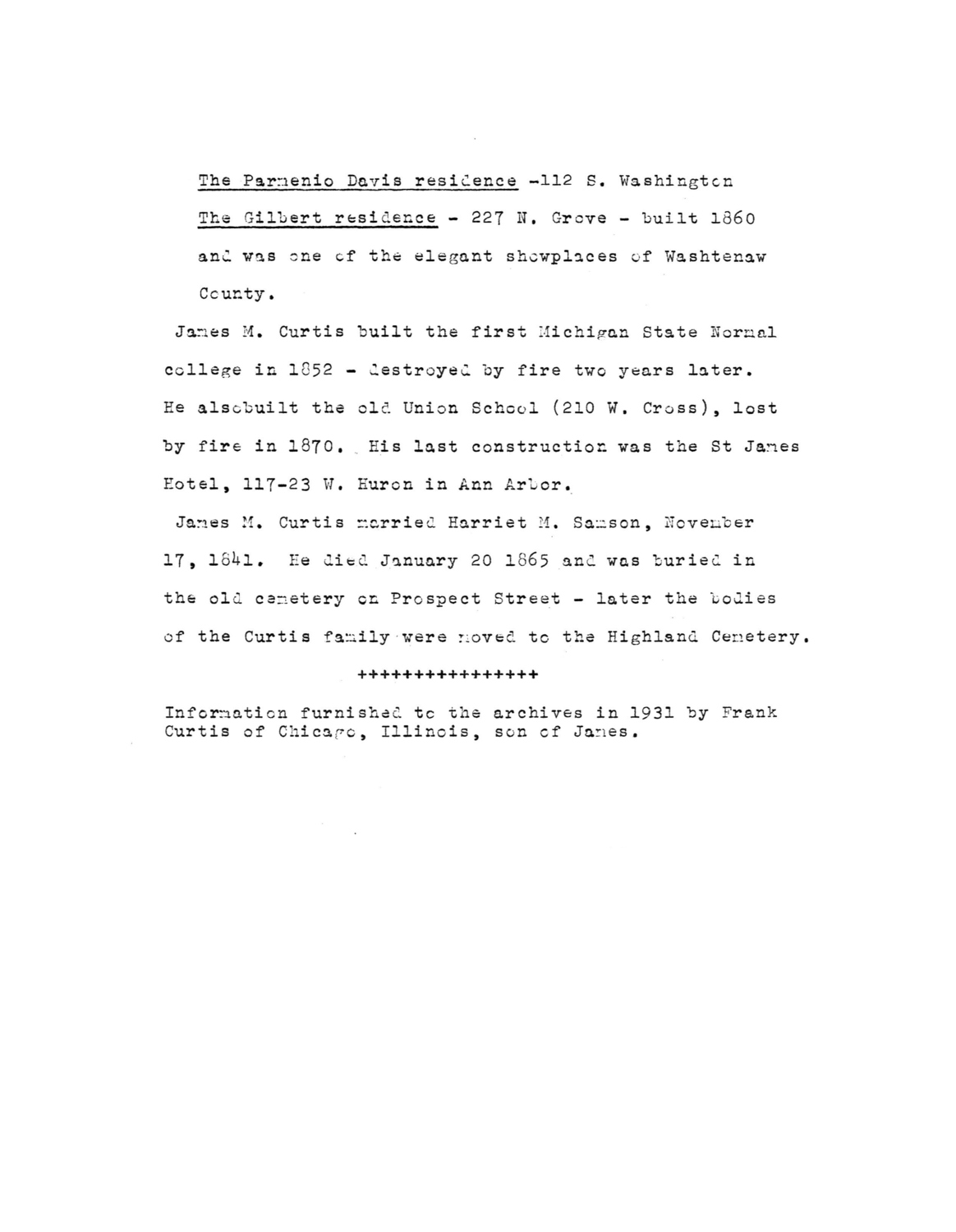 James M. Curtis was born on a farm July 3rd, 1816 near Genesee, Livingston County, New York. After country schooling, he was a student in Avon Academy, Buffalo, New York, specializing in Architecture and later learning Masonry working with his father.

About 1835, James noved to Ypsilanti and followed his trade as Mason and building contractor. His earliest building was the brick structure at Eloise Michigan for the Wayne County Poorhouse. A wing has been added on each side of the old building.

He was the contractor-architect for the following buildings in Ypsilanti:

The Samson Drug Store-118 W. Michigan and built after the 1851 fire-later the location of the Weinman-Mathews Drug Store.

The Follett House-E. Cross Street-built in 1858 and said to be the finest Hotel between Detroit and Chicago.

The Gilbert residence-227 N. Grove-built 1860 and was one of the elegant showplaces of Washtenaw County.

James M. Curtis married Harriet M. Samson, November 17, 1841. He died January 20 1865 and was buried in the old cametery on Prospect Street-later the bodies of the Curtis family were noved to the Highland Cemetery.

Information furnished to the archives in 1931 by Frank Curtis of Chicago, Illinois, son of James.