From the Presbyterian Church Records 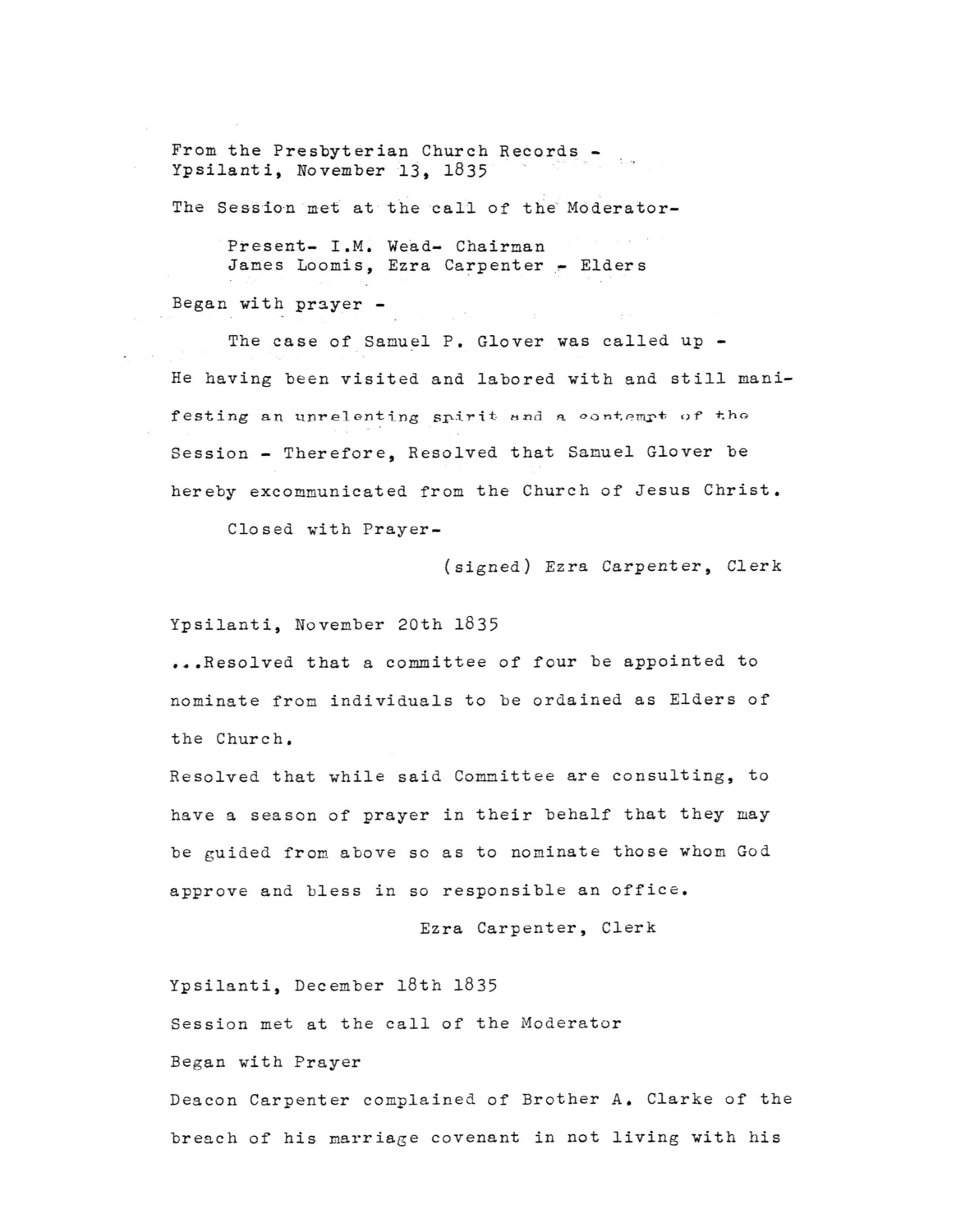 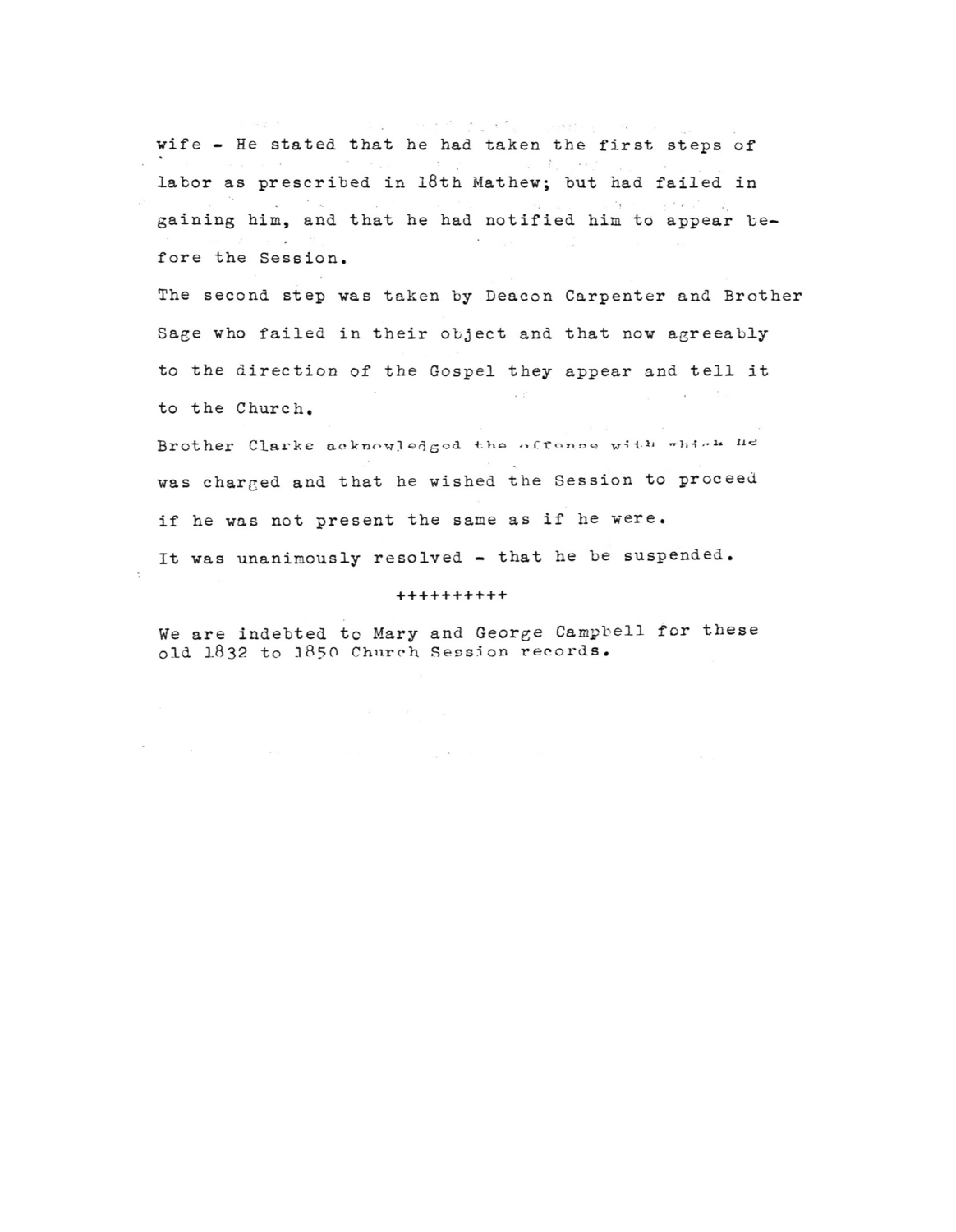 From the Presbyterian Church Records-

The Session met at the call of the Moderator

The case of Samuel P. Glover was called up-He having been visited and labored with and still manifesting an unrelenting spirit and a contempt of the Session-Therefore, Resolved that Samuel Glover be hereby excommunicated from the Church of Jesus Christ.

…Resolved that a committee of four be appointed to nominate from individuals to be ordained as Elders of the Church.

Resolved that while said Committee are consulting, to have a season of prayer in their behalf that they may be guided from above so as to nominate those whom God approve and bless in so responsible an office.

Session met at the call of the Moderator
Began with Prayer

Deacon Carpenter complained of Brother A. Clarke of the breach of his marriage covenant in not living with his wife-He stated that he had taken the first steps of labor as prescribed in 18th Mathew; but had failed in gaining him, and that he had notified him to appear before the Session.

The second step was taken by Deacon Carpenter and Brother Sage who failed in their object and that now agreeably to the direction of the Gospel they appear and tell it to the Church.

Brother Clarke acknowledged the offence with which he was charged and that he wished the Session to proceed if he was not present the same as if he were. It was unanimously resolved-that he be suspended.

We are indebted to Mary and George Campbell for these old 1832 to 1850 Church Session records.