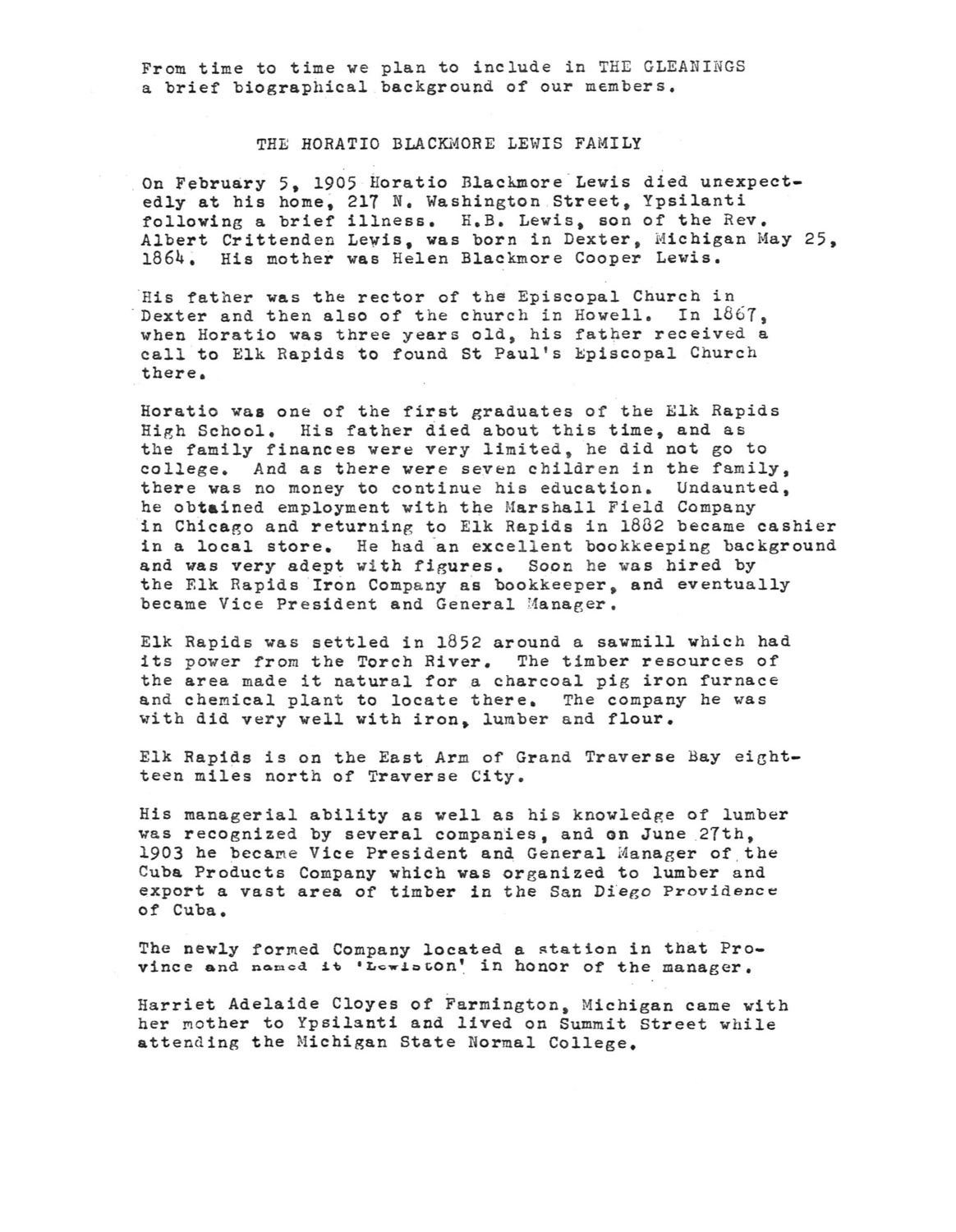 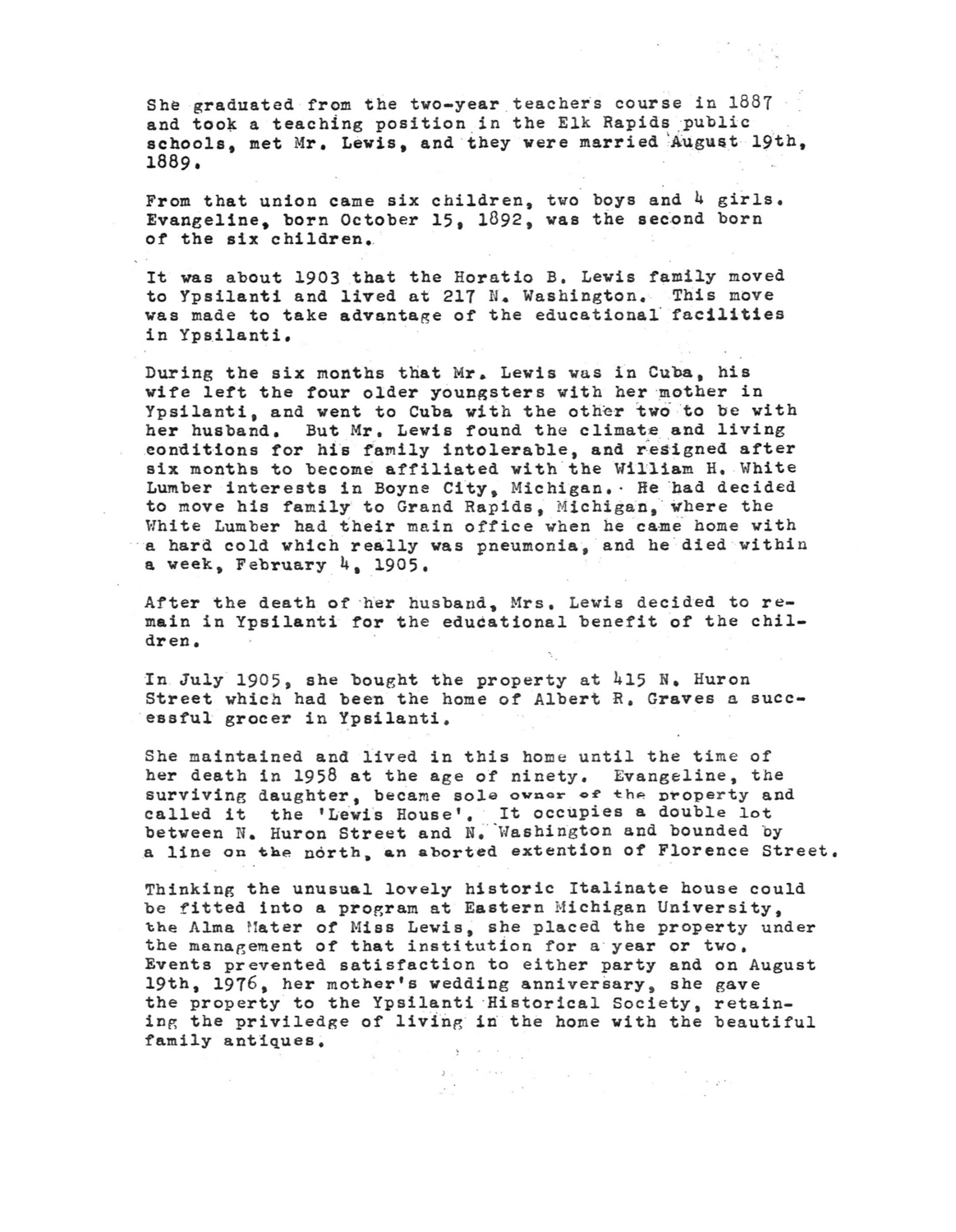 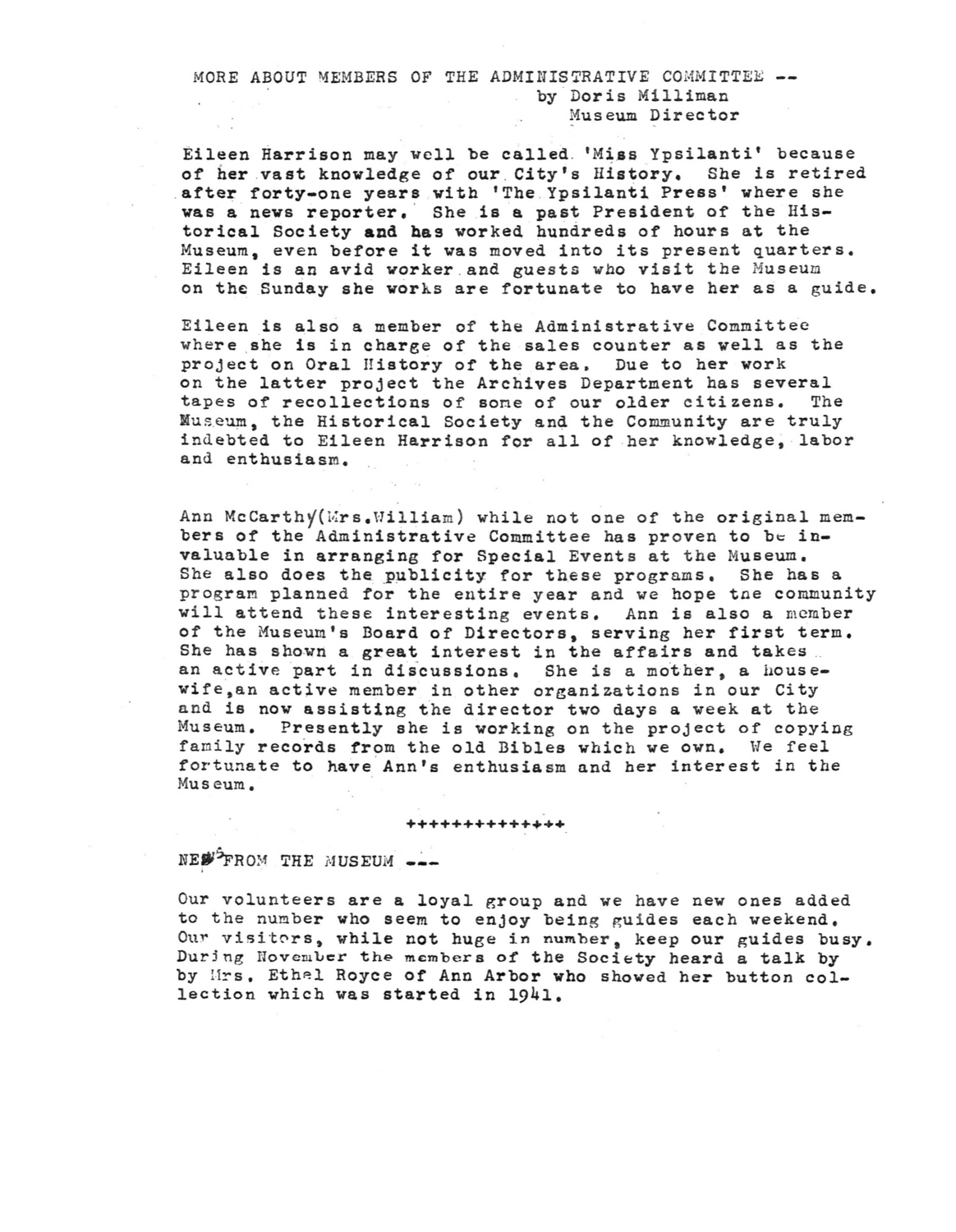 From time to time we plan to include in THE CLEANINGS a brief biographical background of our members.

His father was the rector of the Episcopal Church in Dexter and then also of the church in Howell. In 1867, when Horatio was three years old, his father received a call to Elk Rapids to found St Paul's Episcopal Church there.

Horatio was one of the first graduates of the Elk Rapids High School. His father died about this time, and as the family finances were very limited, he did not go to college. And as there were seven children in the family, there was no money to continue his education. Undaunted, he obtained employment with the Marshall Field Company in Chicago and returning to Elk Rapids in 1882 became cashier in a local store. He had an excellent bookkeeping background and was very adept with figures. Soon he was hired by the Elk Rapids Iron Company as bookkeeper, and eventually became Vice President and General Manager.

Elk Rapids was settled in 1852 around a sawmill which had its power from the Torch River. The timber resources of the area made it natural for a charcoal pig iron furnace and chemical plant to locate there. The company he was with did very well with iron, lumber and flour.

His managerial ability as well as his knowledge of lumber was recognized by several companies, and on June 27th, 1903 he became Vice President and General Manager of the Cuba Products Company which was organized to lumber an export a vast area of timber in the San Diego Providence of Cuba.

The newly formed Company located a station in that Province and named it ‘Lewiston’ in honor of the manager.

Harriet Adelaide Cloyes of Farmington, Michigan came with her mother to Ypsilanti and lived on Summit Street while attending the Michigan State Normal College.

She graduated from the two-year teachers course in 1887 and took a teaching position in the Elk Rapids public schools, met Mr. Lewis, and they were married August 19th, 1889.

From that union came six children, two boys and 4 girls. Evangeline, born October 15, 1892, was the second born of the six children.

It was about 1903 that the Horatio B. Lewis family moved to Ypsilanti and lived at 217 N. Washington. This move was made to take advantage of the educational facilities in Ypsilanti.

During the six months that Mr. Lewis was in Cuba, his wife left the four older youngsters with her mother in Ypsilanti, and went to Cuba with the other two to be with her husband. But Mr. Lewis found the climate and living conditions for his family intolerable, and resigned after six months to become affiliated with the William H. White Lumber interests in Boyne City, Michigan. He had decided to move his family to Grand Rapids, Michigan, where the White Lumber had their main office when he came home with a hard cold which really was pneumonia, and he died within a week, February 4, 1905.

After the death of her husband, Mrs. Lewis decided to remain in Ypsilanti for the educational benefit of the children.

In July 1905, she bought the property at 415 N. Huron Street which had been the home of Albert R. Graves a successful grocer in Ypsilanti.

She maintained and lived in this home until the time of her death in 1958 at the age of ninety. Evangeline, the surviving daughter, became sole owner of the property and called it the ‘Lewis House’. It occupies a double lot between N. Huron Street and N. Washington and bounded by a line on the north, an aborted extention of Florence Street.

Thinking the unusual lovely historic Italinate house could be fitted into a program at Eastern Michigan University, the Alma Mater of Miss Lewis, she placed the property under the management of that institution for a year or two. Events prevented satisfaction to either party and on August 19th, 1976, her mother's wedding anniversary, she gave the property to the Ypsilanti Historical Society, retaining the priviledge of living in the home with the beautiful family antiques.