Notes on "An Assortment of Ancestors" 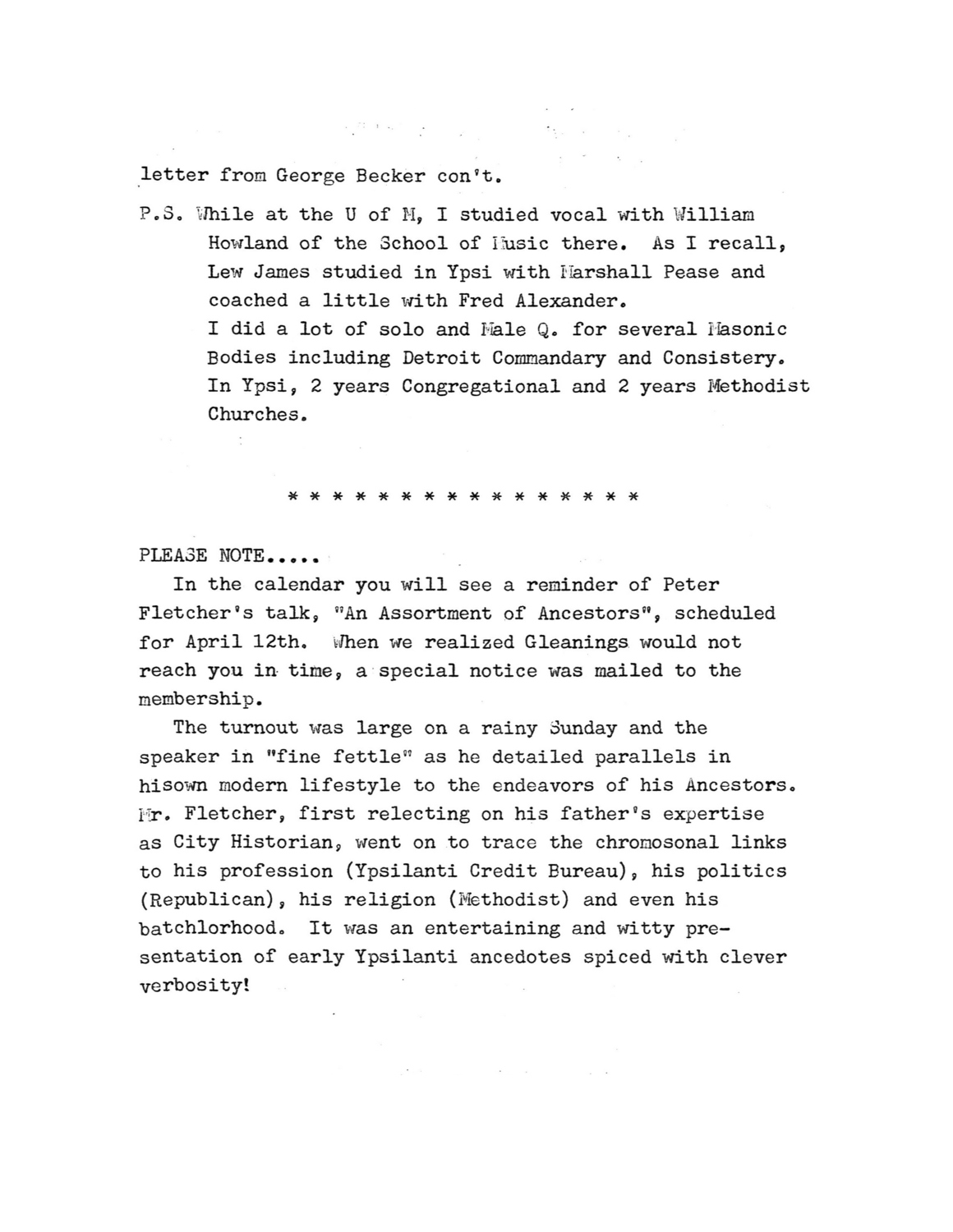 In the calendar you will see a reminder of Peter Fletcher's talk, "An Assortment of Ancestors", scheduled for April 12th. When we realized Gleanings would not reach you in time, a special notice was mailed to the membership.

The turnout was large on a rainy Sunday and the speaker in “fine fettle” as he detailed parallels in his own modern lifestyle to the endeavors of his Ancestors. Mr. Fletcher, first reflecting on his father's expertise as City Historian, went on to trace the chromosomal links to his profession (Ypsilanti Credit Bureau), his politics (Republican), his religion (Methodist) and even his bachelorhood. It was an entertaining and witty presentation of early Ypsilanti anecdotes spiced with clever verbosity!