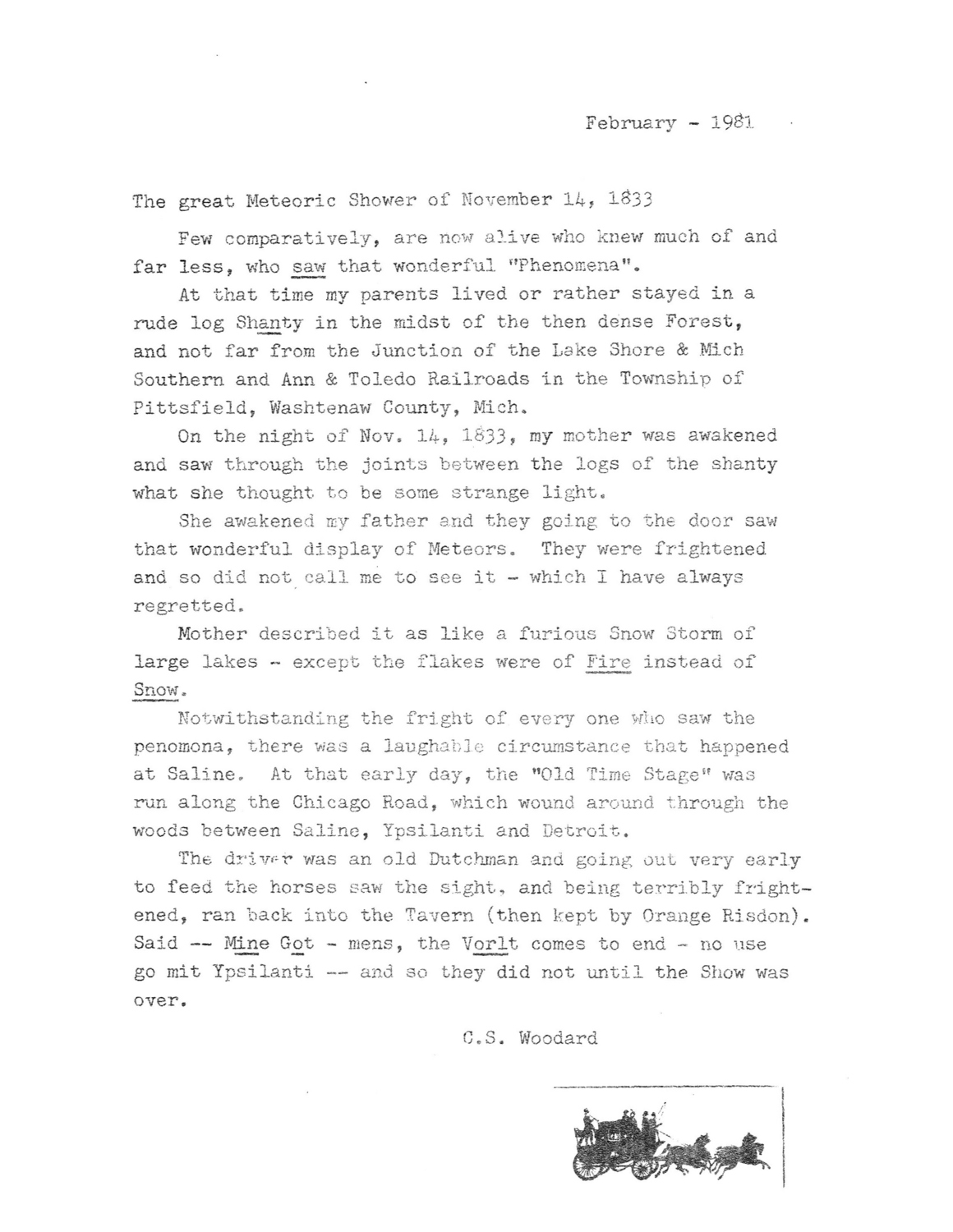 Few comparatively, are now alive who knew much of and far less, who saw that wonderful “Phenomena”.

At that time my parents lived or rather stayed in a rude log Shanty in the midst of the then dense Forest, and not far from the Junction of the Lake Shore & Mich Southern and Ann & Toledo Railroads in the Township of Pittsfield, Washtenaw County, Mich.

On the night of Nov. 14, 1833, my mother was awakened and saw through the joints between the logs of the shanty what she thought to be some strange light.

She awakened my father and they going to the door saw that wonderful display of Meteors. They were frightened and so did not call me to see it-which I have always regretted.

Mother described it as like a furious Snow Storm of large lakes-except the flakes were of Fire instead of Snow.

Notwithstanding the fright of every one who saw the penomona, there was a laughable circumstance that happened at Saline. At that early day, the “Old Time Stage” was run along the Chicago Road, which wound around through the woods between Saline, Ypsilanti and Detroit.

The driver was an old Dutchman and going out very early to feed the horses saw the sight, and being terribly frightened, ran back into the Tavern (then kept by Orange Risdon). Said —Mine Got-mens, the Vorlt comes to end-no use go mit Ypsilanti —and so they did not until the Show was over.