Events at the Museum for February and March 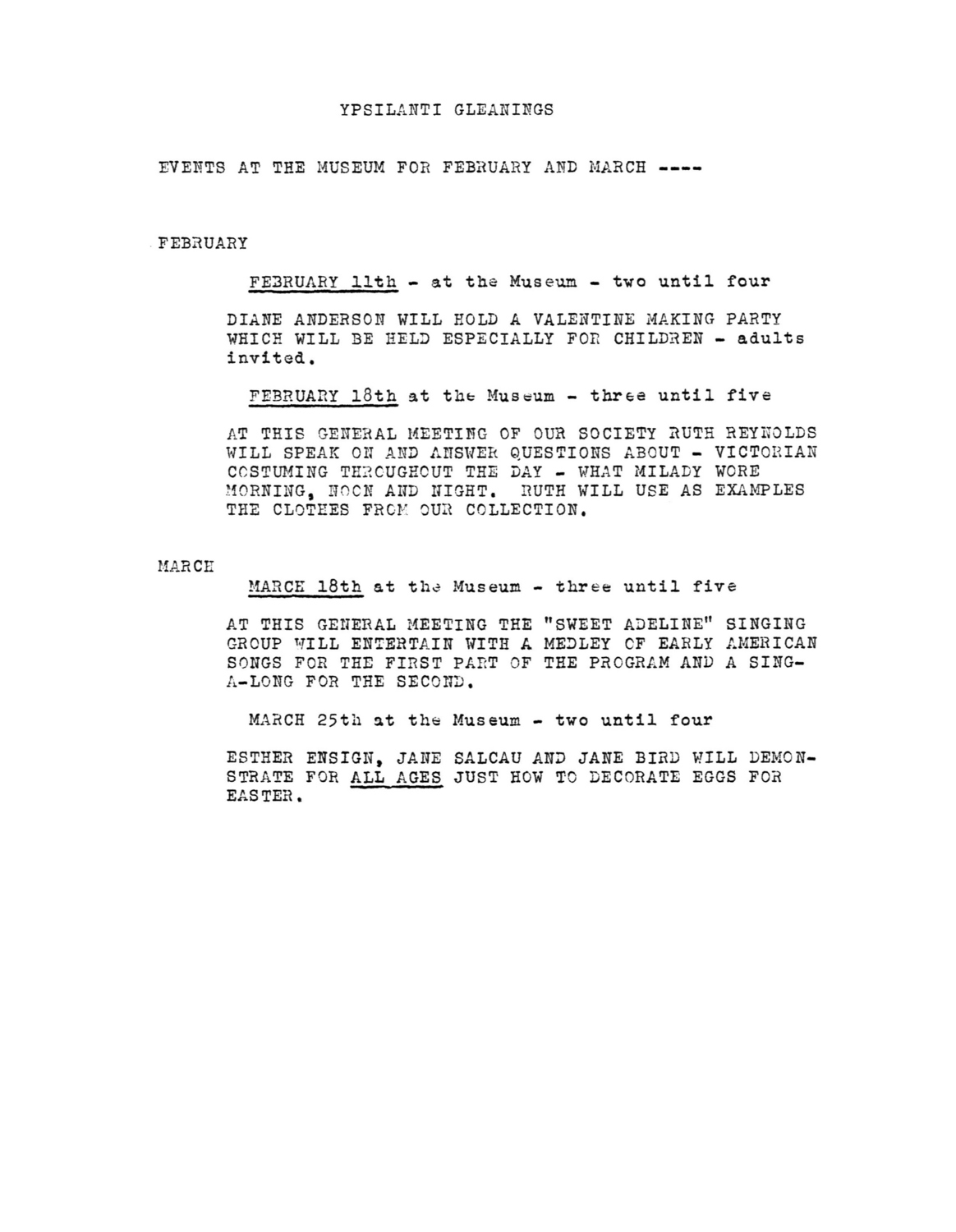 Diane Anderson will hold a valentine making party which will be held especially for children--adults invited.

At this general meeting of our society Ruth Reynolds will speak on and answer questions about--Victorian costuming throughout the day--what Milday wore morning, noon and night. Ruth will use as examples the clothes from our collection.

At this general meeting the “SWEET ADELINE” singing group will entertain with a medley of early American songs for the first part of the program and a sing-a-long for the second.

March 25th -at the Museum-two until four

Esther Ensign, Jane Salcau and Jane Bird will demonstrate for all ages just how to decorate eggs for Easter.