Bits and Pieces from the Archive 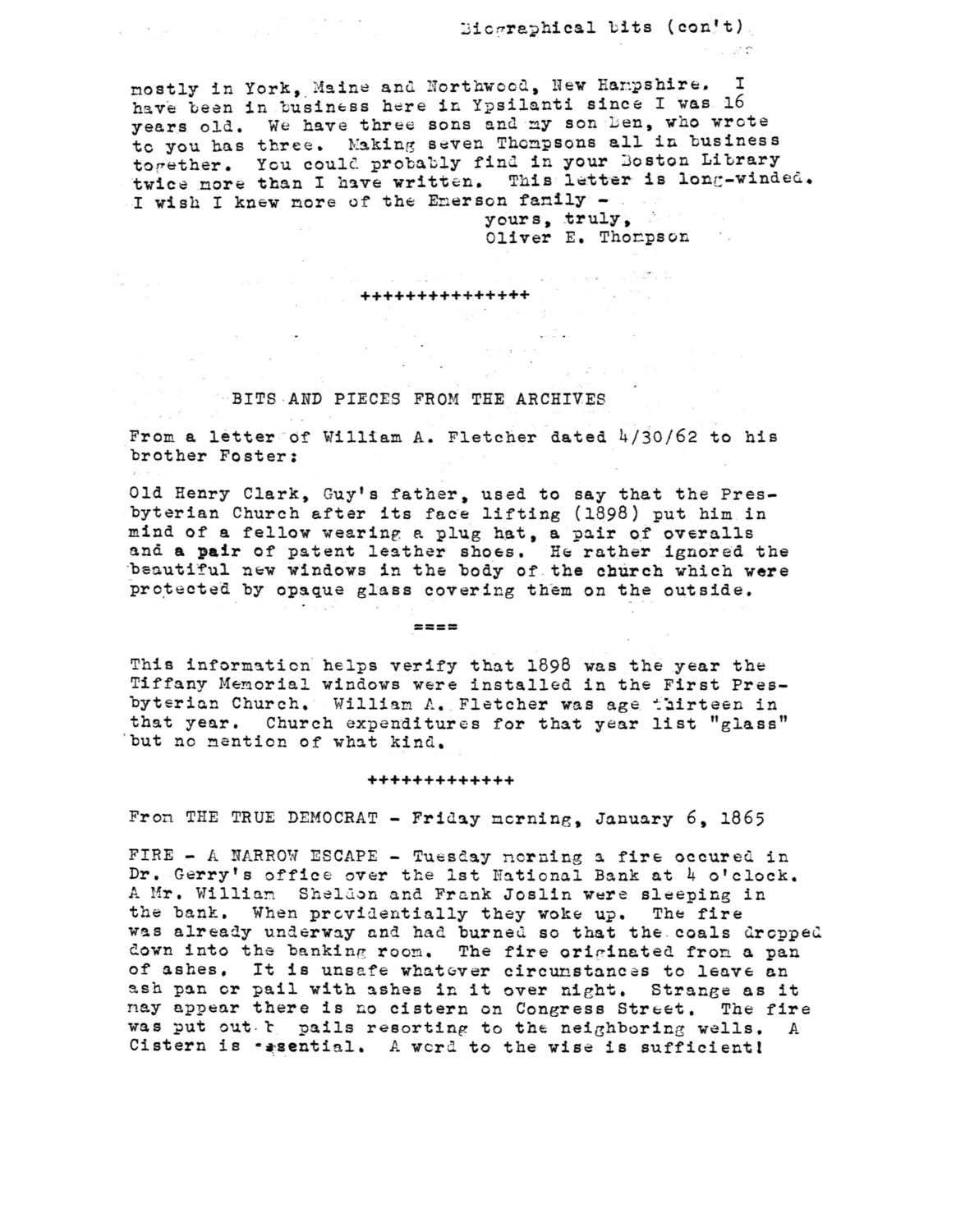 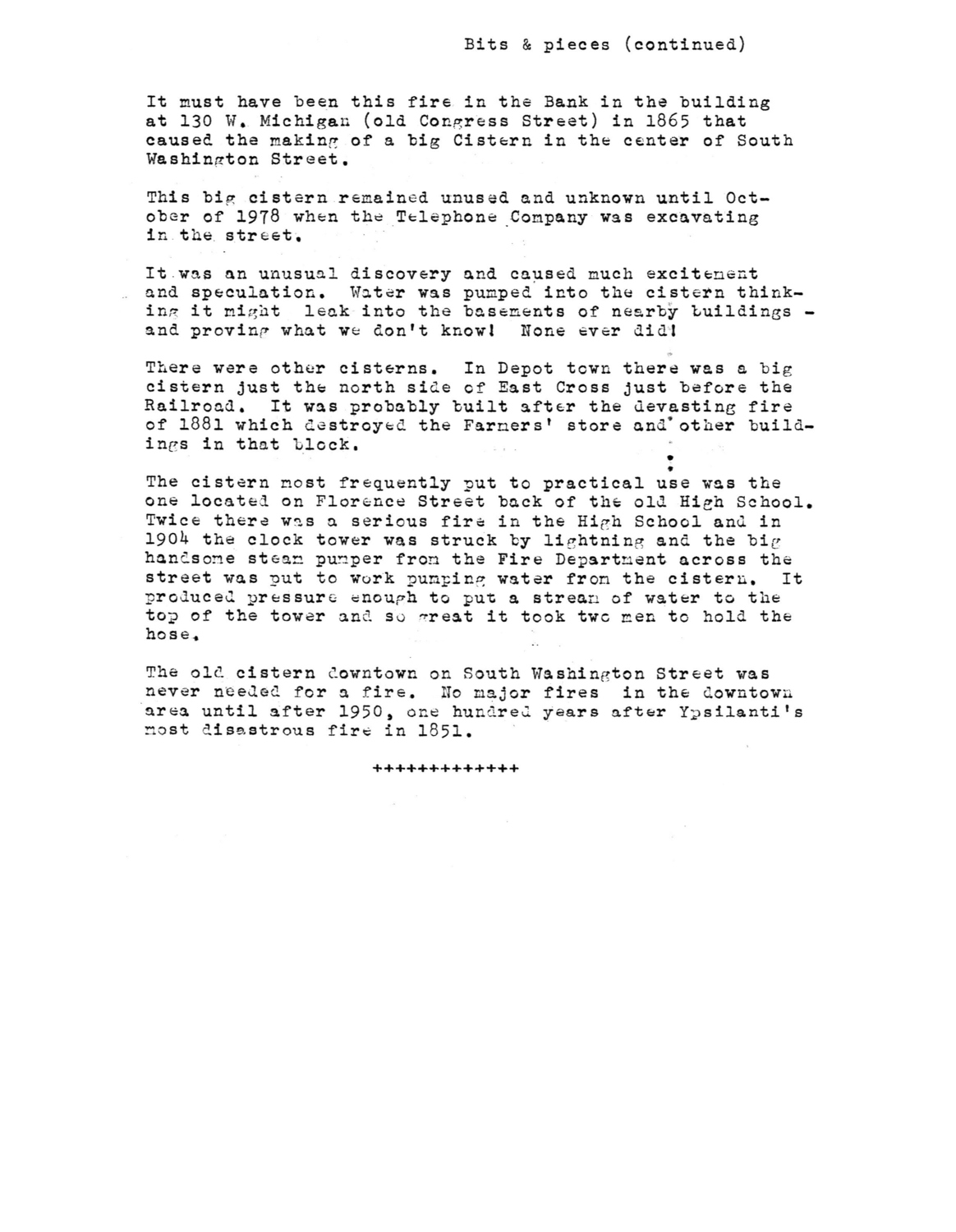 From a letter of William A. Fletcher dated 4/30/62 to his brother Foster:

Old Henry Clark, Guy's father, used to say that the Presbyterian Church after its face lifting (1898) put him in mind of a fellow wearing a plug hat, a pair of overalls and a pair of patent leather shoes. He rather ignored the beautiful new windows in the body of the church which were protected by opaque glass covering them on the outside.

This information helps verify that 1898 was the year the Tiffany Memorial windows were installed in the First Presbyterian Church. William A. Fletcher was age thirteen in that year. Church expenditures for that year list “glass” but no mention of what kind.

FIRE-A NARROW ESCAPE-Tuesday morning a fire occured in Dr. Gerry's office over the 1st National Bank at 4 o'clock. A Mr. William Sheldon and Frank Joslin were sleeping in the bank. When providentially they woke up. The fire was already underway and had burned so that the coals dropped down into the banking room. The fire originated from a pan of ashes. It is unsafe whatever circumstances to leave an ash pan or pail with ashes in it over night. Strange as it may appear there is no cistern on Congress Street. The fire was put out b pails resorting to the neighboring wells. A Cistern is essential. A word to the wise is sufficient!

It must have been this fire in the Bank in the building at 130 W. Michigan (old Congress Street) in 1865 that caused the making of a big Cistern in the center of South Washington Street.

This big cistern remained unused and unknown until October of 1978 when the Telephone Company was excavating in the street.

It was an unusual discovery and caused much excitement and speculation. Water was pumped into the cistern thinking it might leak into the basements of nearby buildings-and proving what we don't know! None ever did!

There were other cisterns. In Depot town there was a big cistern just the north side of East Cross just before the Railroad. It was probably built after the devasting fire of 1881 which destroyed the Farmers' store and other buildings in that block.

The cistern most frequently put to practical use was the one located on Florence Street back of the old High School. Twice there was a serious fire in the High School and in 1904 the clock tower was struck by lightning and the big handsome steam pumper from the Fire Department across the street was put to work pumping water from the cistern. It produced pressure enough to put a stream of water to the top of the tower and so great it took two men to hold the hose.

The old cistern downtown on South Washington Street was never needed for a fire. No major fires in the downtown area until after 1950, one hundred years after Ypsilanti's most disastrous fire in 1851.