Report from the Annual Business Meeting 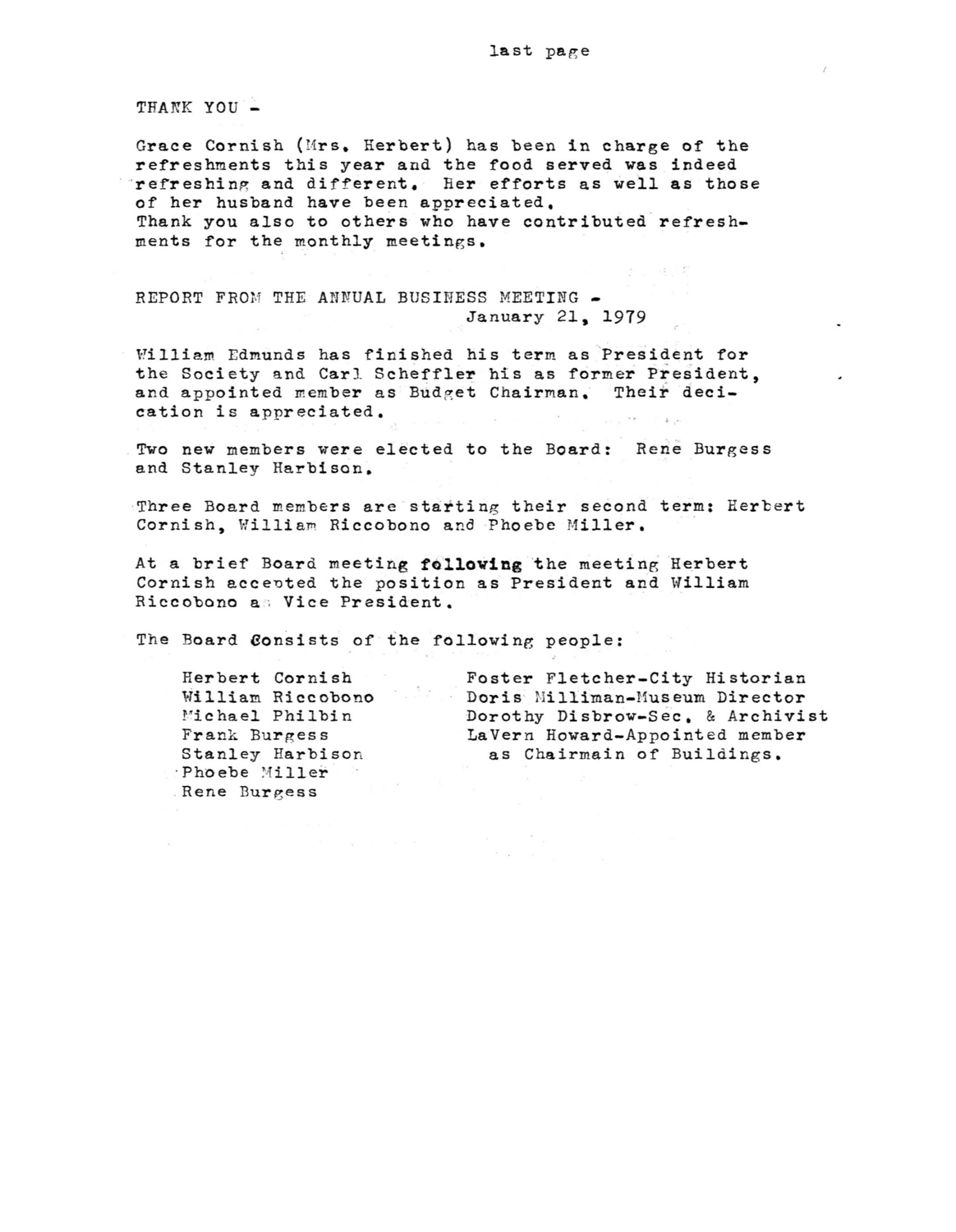 Grace Cornish (Mrs. Herbert) has been in charge of the refreshments this year and the food served was indeed refreshing and different. Her efforts as well as those of her husband have been appreciated.

Thank you also to others who have contributed refreshments for the monthly meetings.

William Edmunds has finished his term as President for the Society and Carl Scheffler his as former President, and appointed member as Budget Chairman. Their decication is appreciated.

Two new members were elected to the Board: Rene Burgess and Stanley Harbison.

At a brief Board meeting following the meeting Herbert Cornish accepted the position as President and William Riccobono as Vice President.

The Board Consists of the following people: