General Meetings and Special Events of Historical Society and Museum 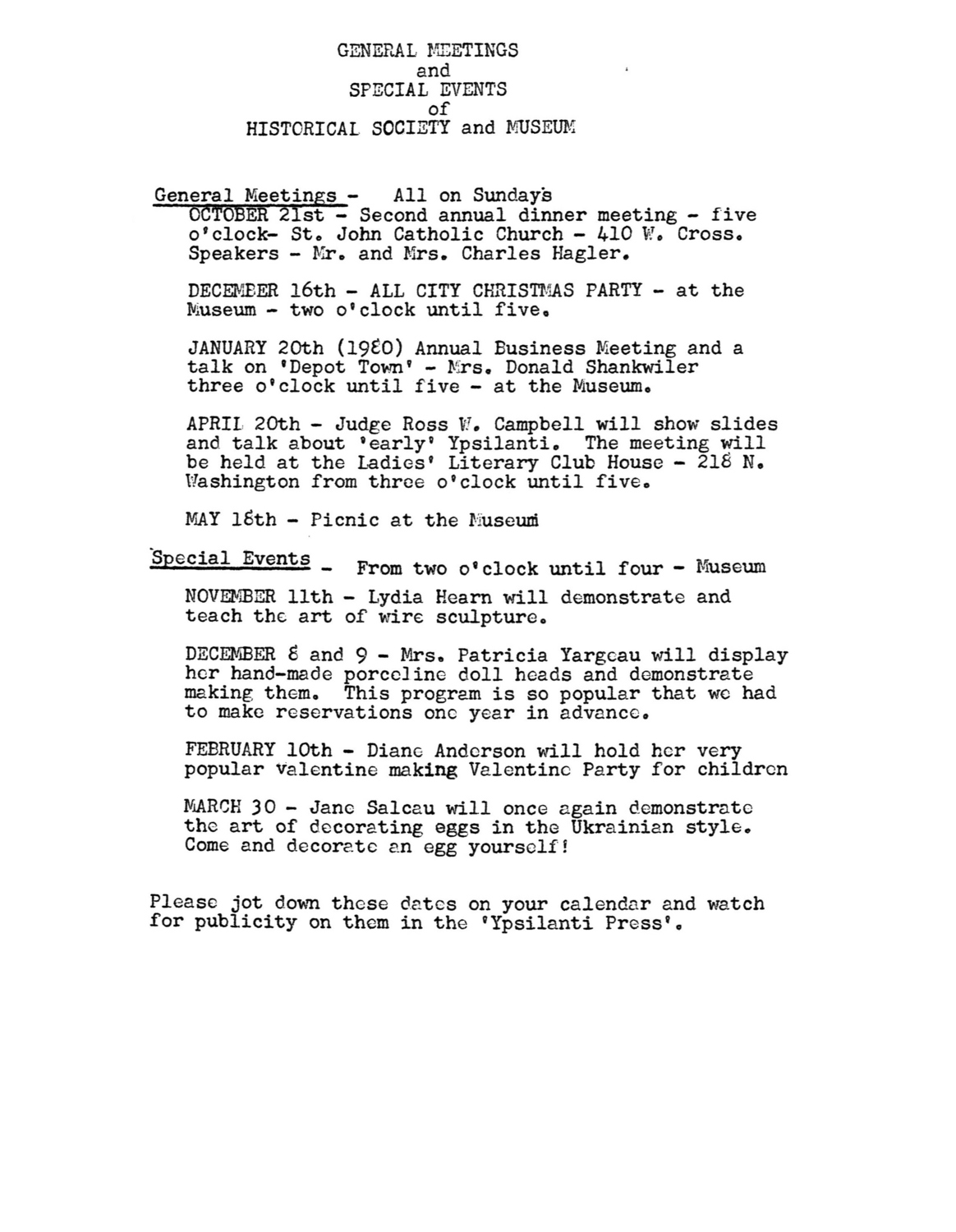 APRIL 20th Judge Ross W. Campbell will show slides and talk about ‘early’ Ypsilanti. The meeting will be held at the Ladies' Literary Club House-218 N. Washington from three o'clock until five.

MAY 18th-Picnic at the Museum

NOVEMBER 11th Lydia Hearn will demonstrate and teach the art of wire sculpture.

DECEMBER 8 and 9-Mrs. Patricia Yargeau will display her hand-made porceline doll heads and demonstrate making them. This program is so popular that we had to make reservations one year in advance.

MARCH 30-Jane Salcau will once again demonstrate the art of decorating eggs in the Ukrainian style. Come and decorate an egg yourself!

Please jot down these dates on your calendar and watch for publicity on them in the ‘Ypsilanti Press’.