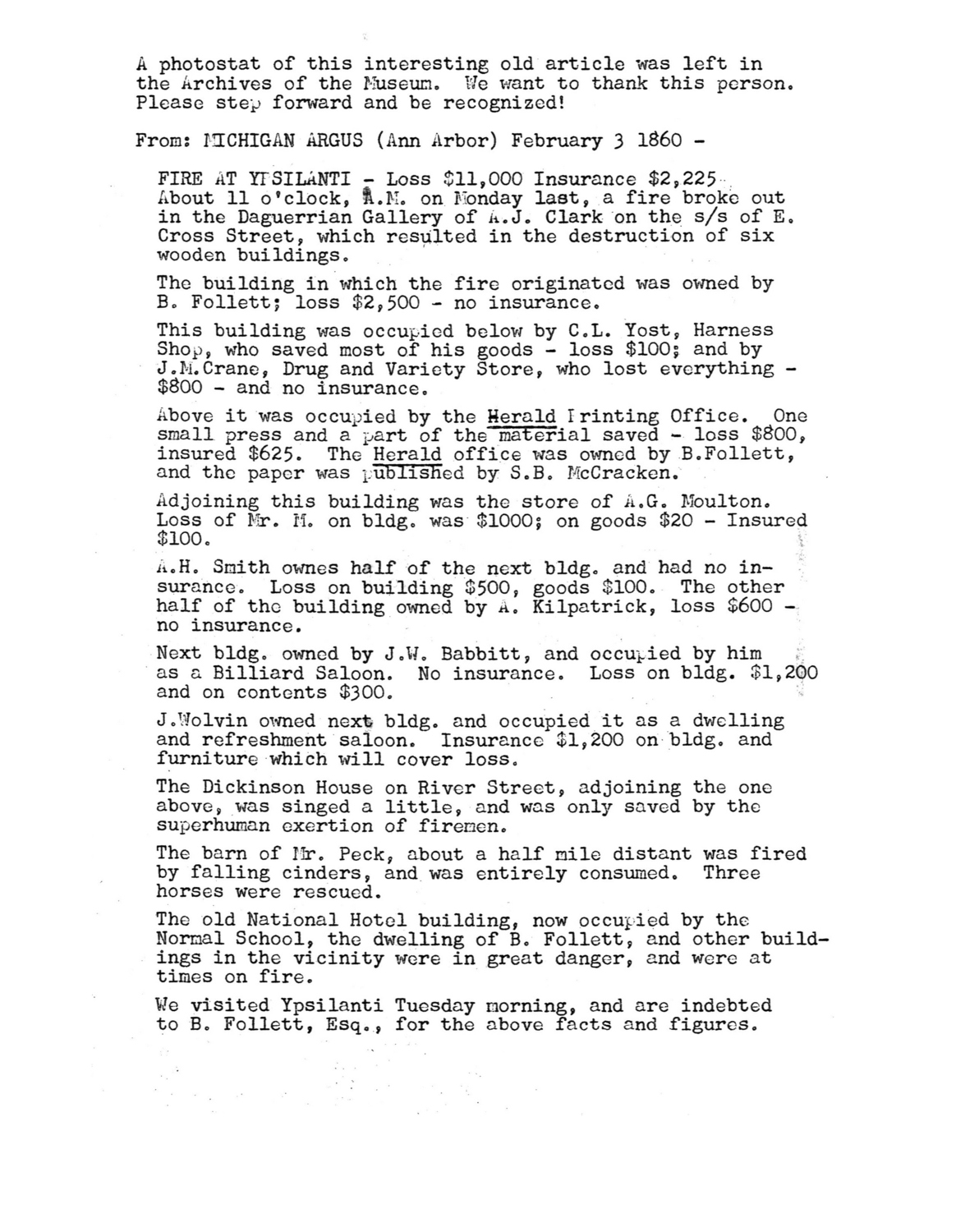 A photostat of this interesting old article was left at the Archives of the Museum. We want to thank this person.

Please step forward and be recognized!

From. MICHIGAN ARGUS (Ann Arbor) February 3 i860 -
FIRE AT YTSILANTI - Loss $11,000 Insurance $2,225
About 11 o'clock, IL.K. on Monday last, a fire broke out
in the Daguerrian Gallery of A.J. Clark on the s/s of E.
Cross Street, which resulted in the destruction of six
wooden buildings.

The building in which the fire originated was owned by
B. Follett; loss $2,500 - no insurance.

This building was occupied below by C.L. Yost, Harness
Shop, who saved most of his goods - loss $100; and by
J.M.Crane, Drug and Variety Store, who lost everything -
$800 - and no insurance.

Above it was occupied by the Herald Irinting Office. One
small press and a part of the material saved - loss $800,
insured $625. The Herald office was owned by B.Follett,
and the paper was published by S.B. McCracken.

J.Wolvin owned next bldg. and occupied it as a dwelling
and refreshment saloon. Insurance $1,200 on bldg. and
furniture which will cover loss.

The Dickinson House on River Street, adjoining the one
above, was singed a little, and was only saved by the
superhuman exertion of firemen.

The barn of Mr. Peck, about a half mile distant was fired
by falling cinders, and was entirely consumed. Three
horses were rescued.

The old National Hotel building, now occupied by the
Normal School, the dwelling of B. Follett, and other buildings
in the vicinity were in great danger, and were at
times on fire.

We visited Ypsilanti Tuesday morning, and are indebted
to B. Follett, Esq., for the above facts and figures.