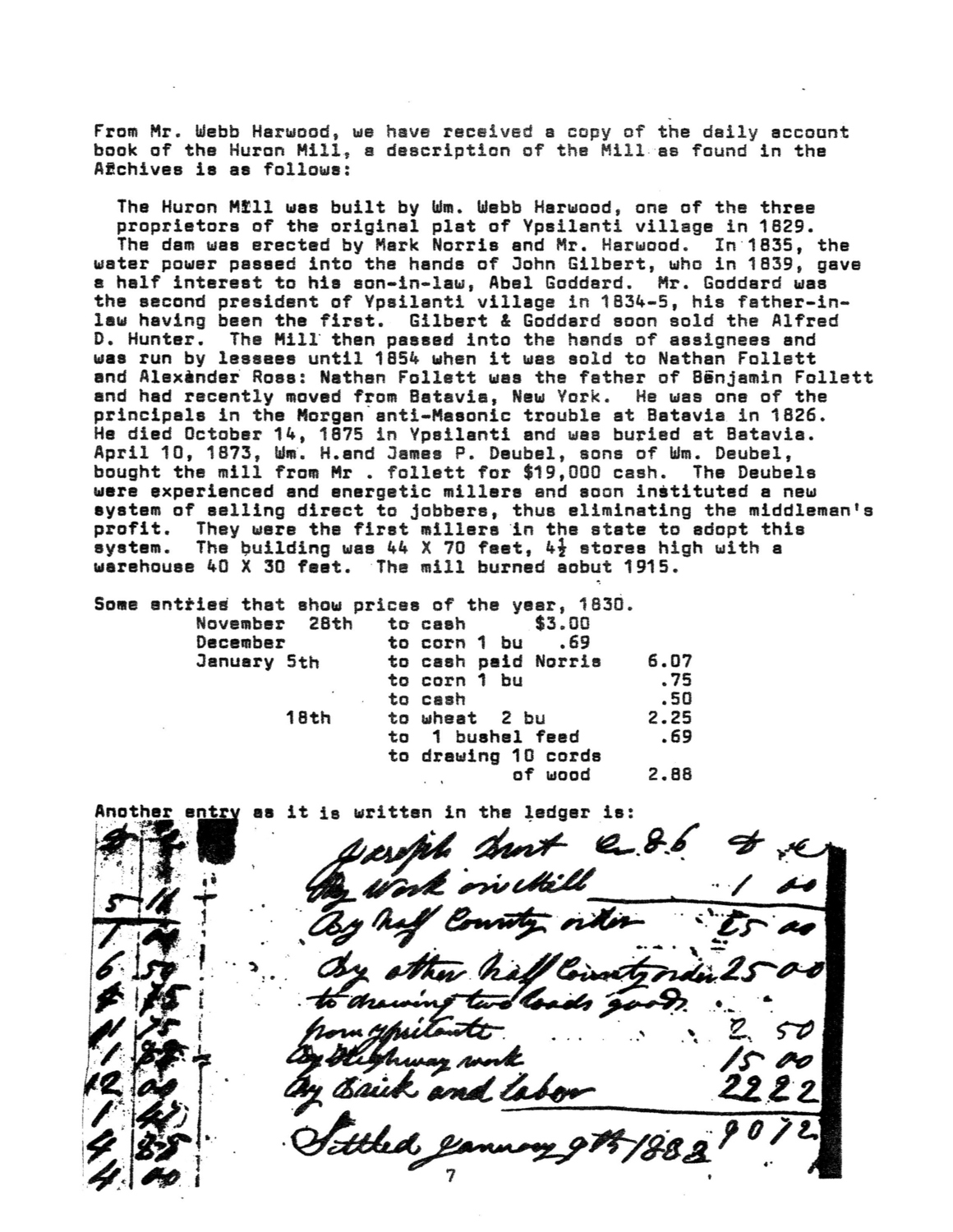 From Mr. Webb Harwood, we have received a copy of the daily account book of the Huron Mill, a description of the Mill as found in the Archives is as follows:

The Huron Mill was built by Wm. Webb Harwood, one of the three proprietors of the original plat of Ypsilanti village in 1829.

The dam was erected by Mark Norris and Mr. Harwood. In 1835, the water power passed into the hands of John Gilbert, who in 1839, gave a half interest to his son-in-law, Abel Goddard. Mr. Goddard was the second president of Ypsilanti village in 1834-5, his father-in-law having been the first. Gilbert & Goddard soon sold the Alfred D. Hunter. The Mill then passed into the hands of assignees and was run by lessees until 1854 when it was sold to Nathan Follett and Alexander Ross: Nathan Follett was the father of Benjamin Follett and had recently moved from Batavia, New York. He was one of the principals in the Morgan anti-Masonic trouble at Batavia in 1826. He died October 14, 1975 in Ypsilanti and was buried at Batavia. April 10, 1873, Wm. H. and James P. Deubel, sons of Wm. Deubel, bought the mill from Mr. follett for &dollar;19,000 cash. The Deubels were experienced and energetic millers and soon instituted a new system of selling direct to jobbers, thus eliminating the middleman's profit. They were the first millers in the state to adopt this system. The building was 44 × 70 feet, 4 1/2 stores high with a warehouse 40 × 30 feet. The mill burned aobut 1915.

Some antries that show prices of the year, 1830.

Another entry as it is written in the ledger is: (see image)