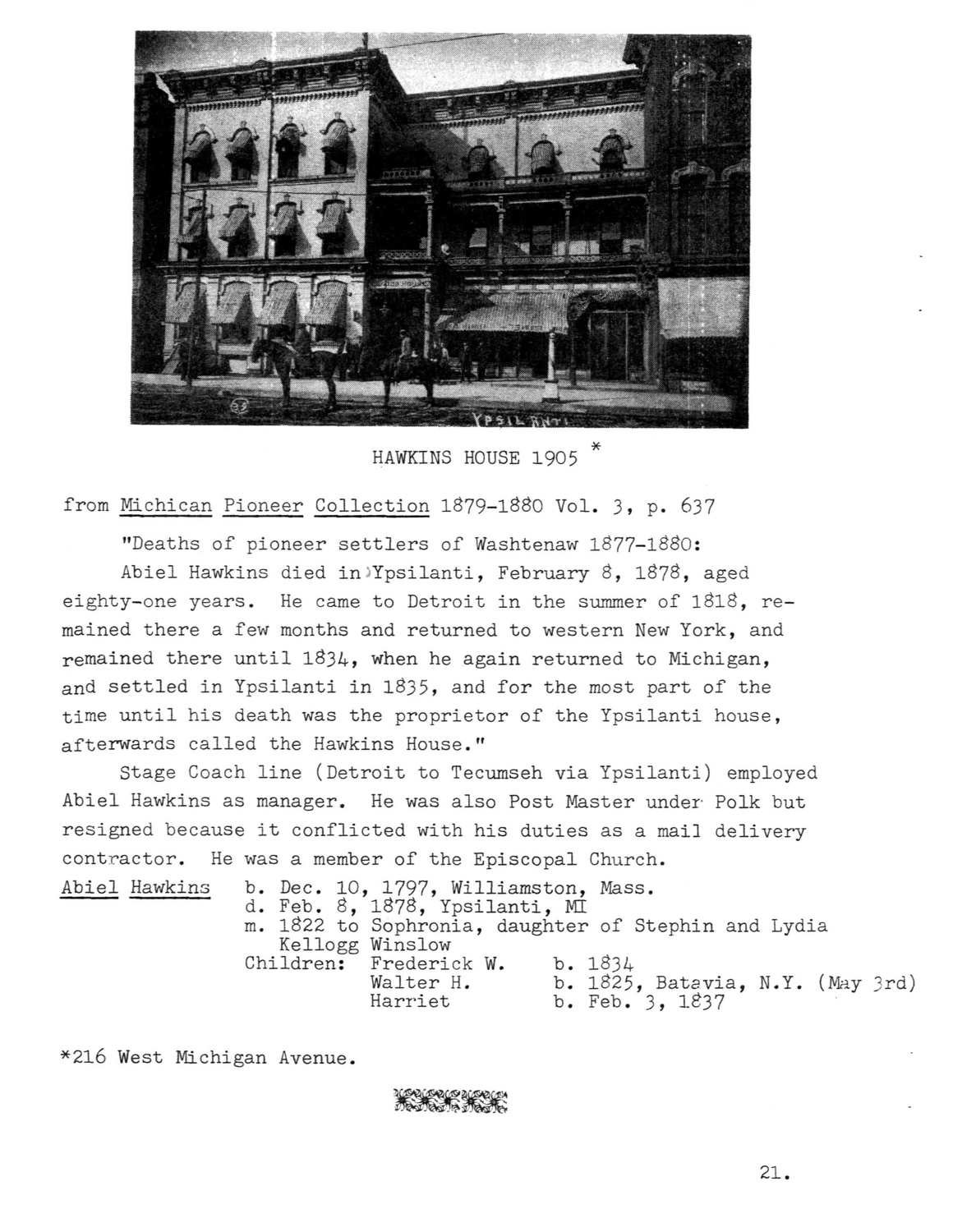 Abiel Hawkins died in Ypsilanti, February 8, 1878, aged eighty-one years. He came to Detroit in the summer of 1818, remained there a few months and returned to western New York, and remained there until 1834, when he again returned to Michigan, and settled in Ypsilanti in 1835, and for the most part of the time until his death was the proprietor of the Ypsilanti house, afterwards called the Hawkins House.”

Stage Coach line (Detroit to Tecumseh via Ypsilanti) employed Abiel Hawkins as manager. He was also Post Master under Polk but resigned because it conflicted with his duties as a mail delivery contractor. He was a member of the Episcopal Church.