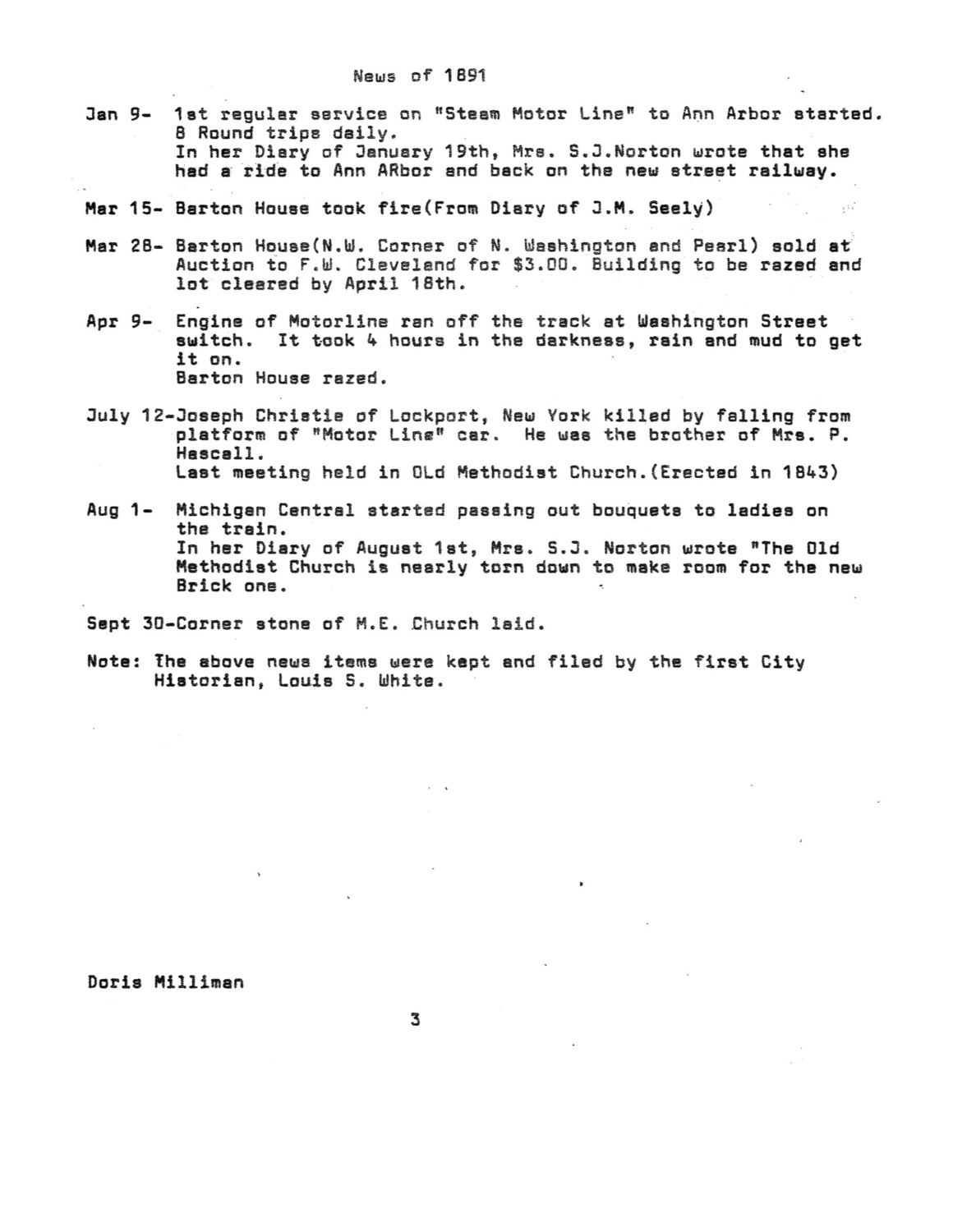 Jan 9-
1st regular service on “Steam Motor Line” to Ann Arbor started. 8 Round trips daily.
In her Diary of January 19th, Mrs. S.J. Norton wrote that she had a ride to Ann Arbor and back on the new street railway.

Mar 28-
Barton House (N.W. Corner of N. Washington and Pearl) sold at Auction to F.W. Cleveland for $3.00. Building to be razed and lot cleared by April 18th.

Apr 9-
Engine of Motorline ran off the track at Washington Street switch. It took 4 hours in the darkness, rain and mud to get it on. Barton House razed.

July 12-
Joseph Christie of Lockport, New York killed by falling from platform of “Motor Line” car. He was the brother of Mrs. P. Hascall. Last meeting held in Old Methodist Church. (Erected in 1843)

Aug 1-
Michigan Central started passing out bouquets to ladies on the train.

In her Diary of August 1st, Mrs. S.J. Norton wrote “The Old Methodist Church is nearly torn down to make room for the new Brick one.

Note: The above news items were kept and filed by the first City Historian, Louis S. White.