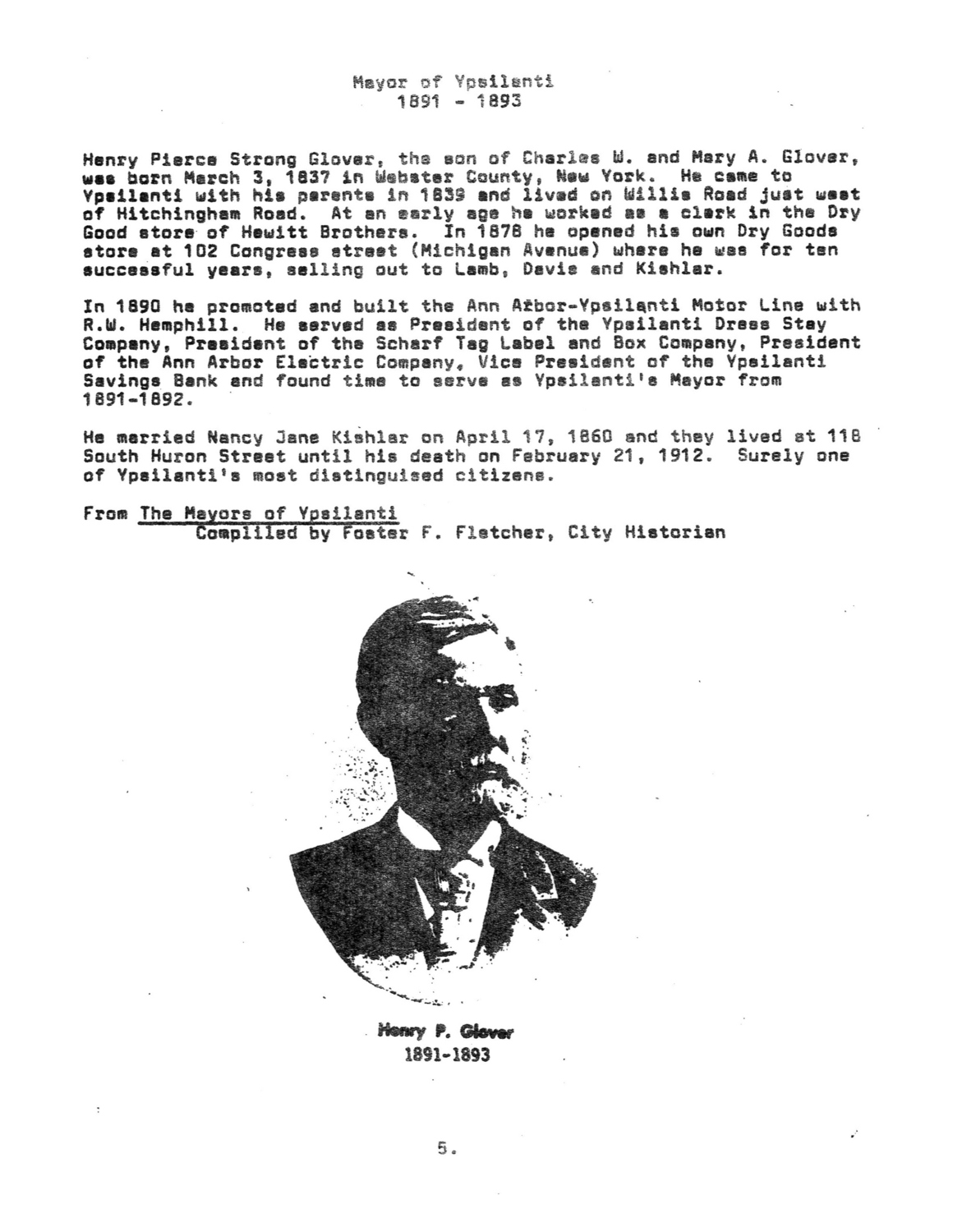 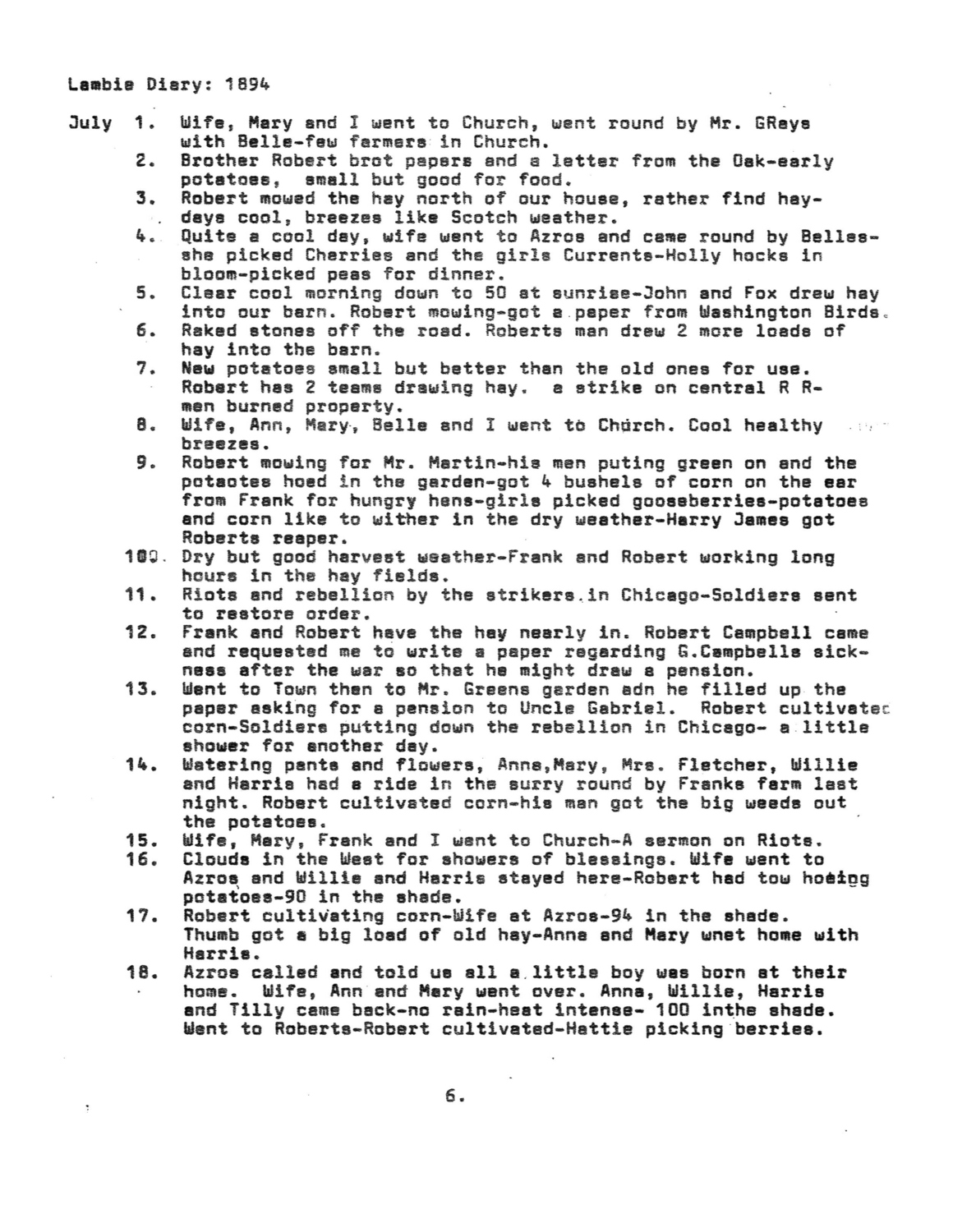 Henry Pierce Strong Glover, the son of Charles W. and Mary A. Glover, was born March 3, 1837 in Wabster County, New York. He came to Ypsilanti with his parents in 1839 and lived on Willis Road just west of Hitchingham Road. At an early age he worked as a clark in the Dry Good store of Hewitt Brothers. In 1878 he opened his own Dry Goods store at 102 Congress street (Michigan Avenus) where he was for ten successful years, selling out to Lamb, Davis and Kishlar.

He married Nancy Jane Kishlar on April 17, 1860 and they lived at 118 South Huron Street until his death on Fabruary 21, 1912. Surely one of Ypsilanti's most distinguised citizens.

From The Mayors of Ypsilanti