The Soldiers' Monument in Highland Cemetery 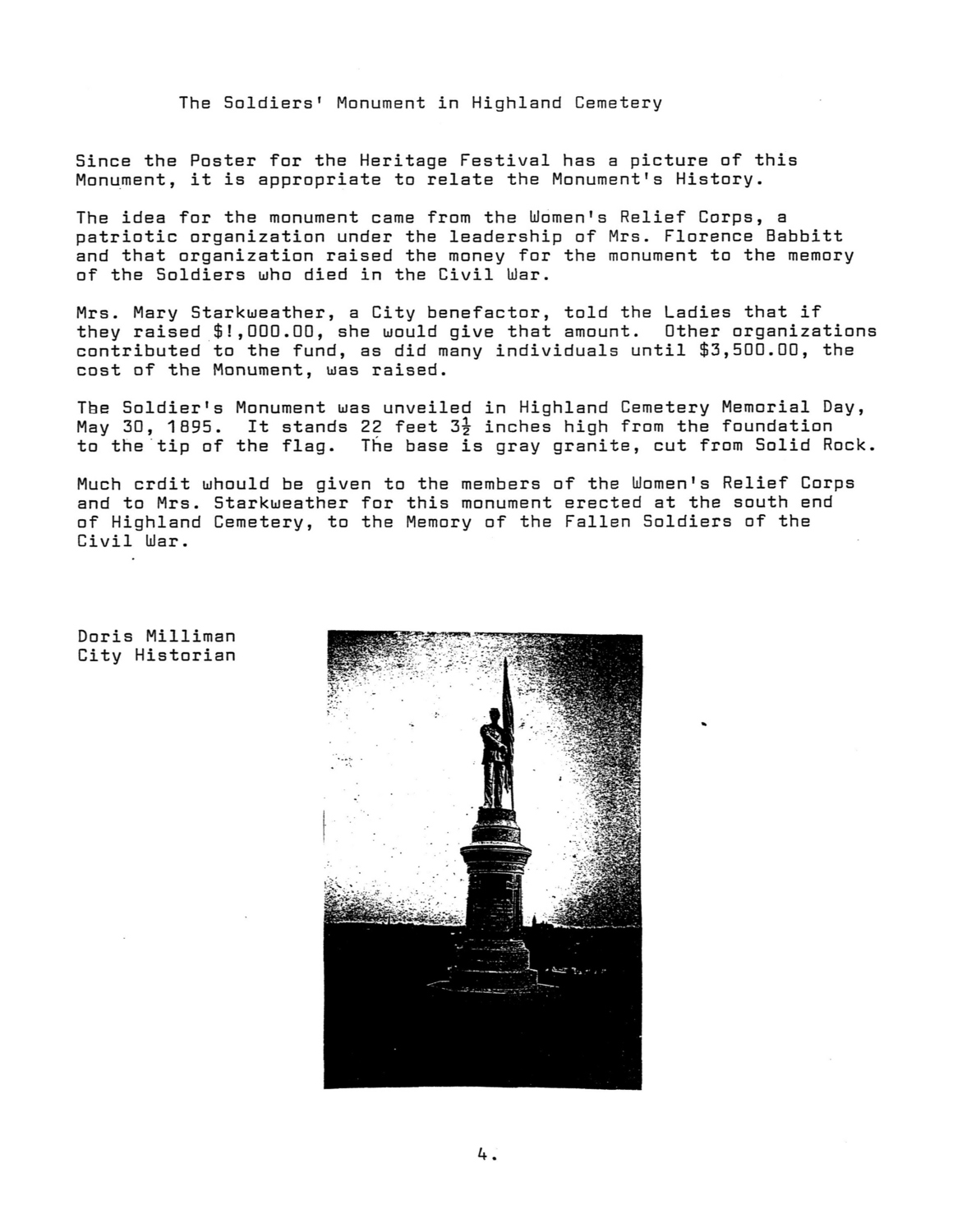 Since the Poster for the Heritage Festival has a picture of this Monument, it is appropriate to relate the Monument's History.

Mrs. Mary Starkweather, a City benefactor, told the Ladies that if they raised $1,000.00, she would give that amount. Other organizations contributed to the fund, as did many individuals until $3,500.00, the cost of the Monument, was raised.

The Soldier's Monument was unveiled in Highland Cemetery Memorial Day, May 30, 1895. It stands 22 feet 3.5 inches high from the foundation to the tip of the flag. The base is gray granite, cut from Solid Rock.

Much credit whould be given to the members of the Women's Relief Corps and to Mrs. Starkweather for this monument erected at the south end of Highland Cemetery, to the Memory of the Fallen Soldiers of the Civil War.