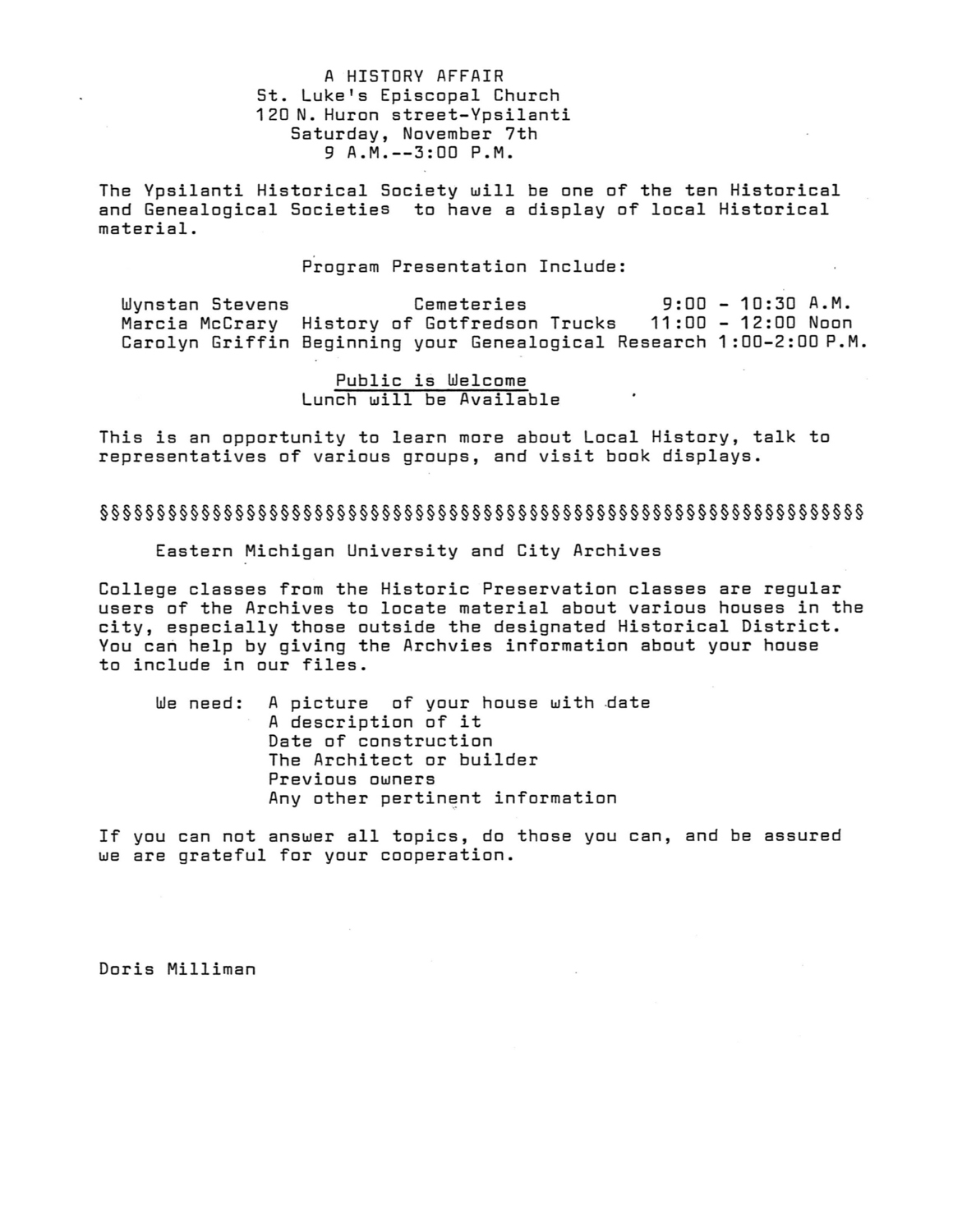 The Ypsilanti Historical museum recently received several musical instruments that were used in the John F. Barnhill Memorial Band. These instruments which were given by a member of that Historical Band are now on display in a room on the second floor of the Museum, 220 North Huron Street. The Museum is open Thursday, Saturday and Sunday, from 2–4 P.M.

The Band was founded on May 22, 1941 to establish and maintain a suitable memorial for the Community of Ypsilanti, Michigan in honor of the Director, and friend, the late Professor, John F. Barnhill. When Mr. Barnhill came to Ypsilanti as a Mathematics Professor at Eastern Michigan Univesity in 1922, the city had no band. In 1923 he organized a 50 piece band at the college and in 1924 he volunteered to organize an Ypsilanti High School Band. Then in 1937 he added the Girls' Drum and Bugle Corps, under Professor Barnhill's supervision, both the Band and the Bugle Corps became well known throughout the State for outstanding marching and playing.

For his work with young people, Professor Barnhill received the first Annual Citation by the Board of Commerce for Community Service.

A feature of many summer evenings in the past was the weekly concerts in Prospect Park by the Ypsilanti High School and Memorial Band.

The John F. Barnhill Memorial Band was formed by “his boys” who wished to continue his creed of service to the community. Officers of the band were:

Fred WEinman, Donald Comstock and Basil Wheeler of the Ypsilanti Kiwanis Club assisted as advisors to the band.