A Letter to the Ladies Library Association, January 3, 1893 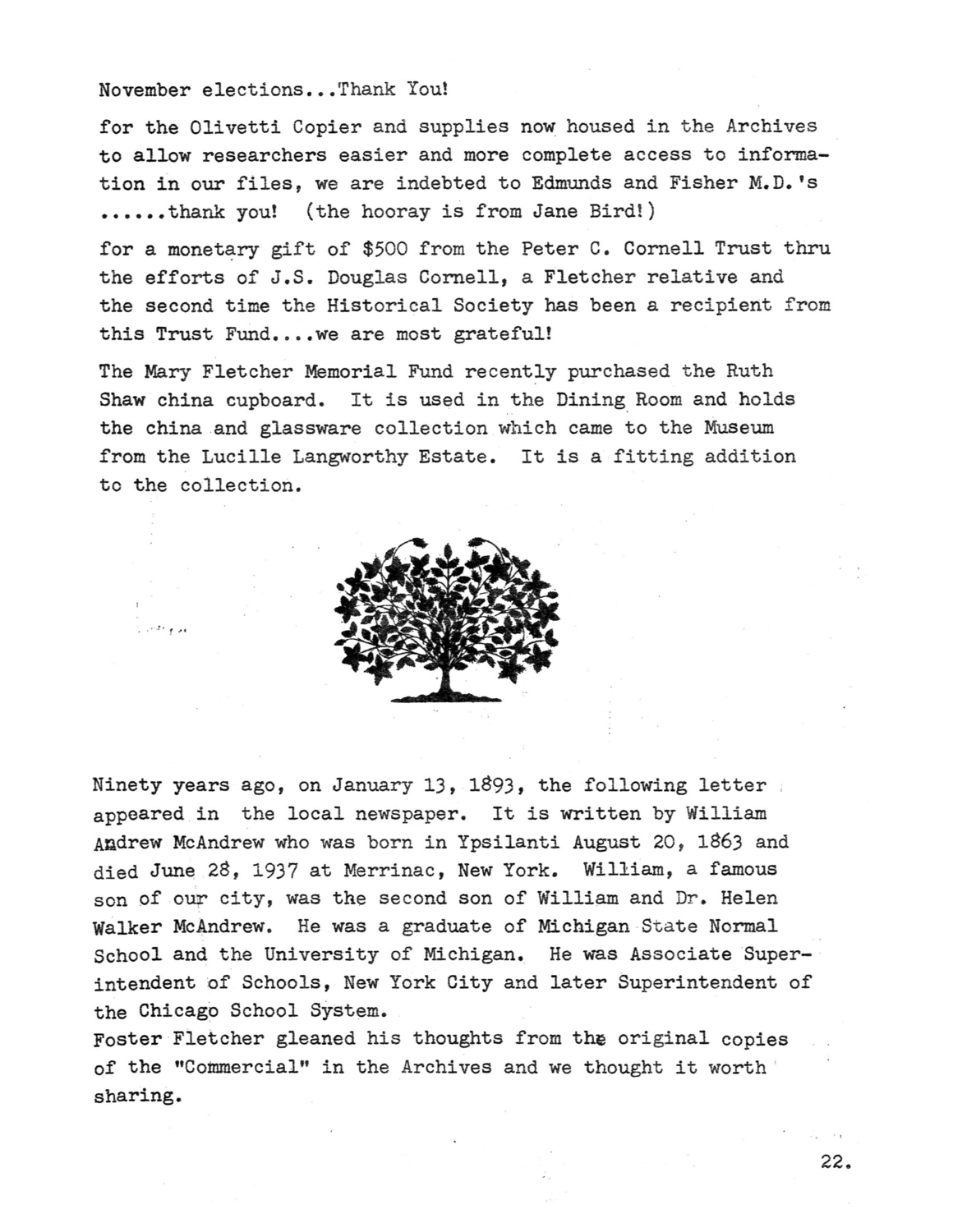 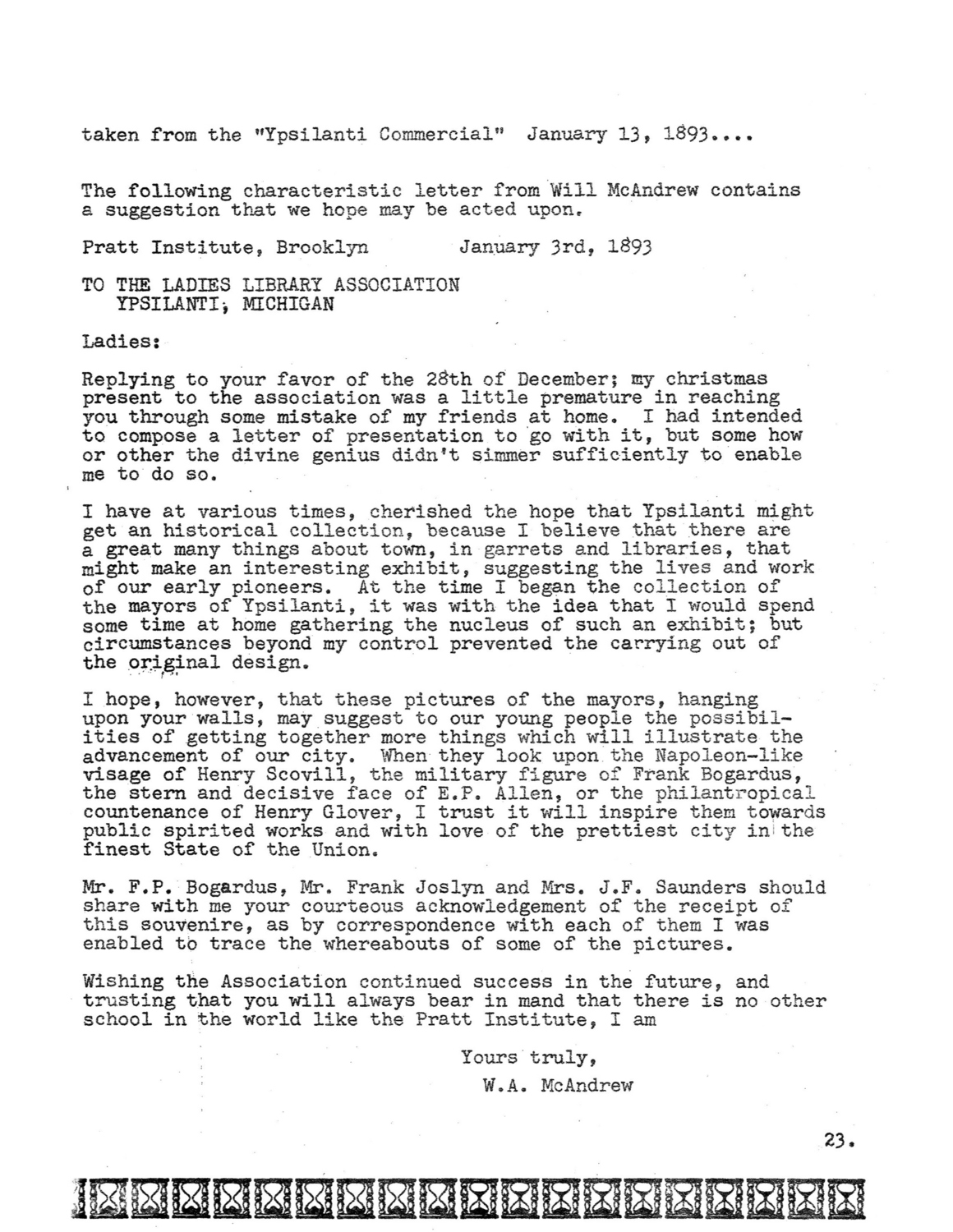 Ninety years ago, on January 13, 1893, the following letter appeared in the local newspaper. It is written by William Andrew McAndrew who was born in Ypsilanti August 20, 1863 and died June 28, 1937 at Merrinac, New York. William, a famous son of our city, was the second son of William and Dr. Helen Walker McAndrew. He was a graduate of Michigan State Normal School and the University of Michigan. He was Associate Superintendent of Schools, New York City and later Superintendent of the Chicago School System.

Foster Fletcher gleaned his thoughts from the original copies of the “Commercial” in the Archives and we thought it worth sharing.

The following characteristic letter from Will McAndrew contains a suggestion that we hope may be acted upon.

Replying to your favor of the 28th of December; my Christmas present to the association was a little premature in reaching you through some mistake of my friends at home. I had intended to compose a letter of presentation to go with it, but some how or other the divine genius didn't simmer sufficiently to enable me to do so.

I have at various times, cherished the hope that Ypsilanti might get an historical collection, because I believe that there are a great many things about town, in garrets and libraries, that might make an interesting exhibit, suggesting the lives and work of our early pioneers. At the time I began the collection of the mayors of Ypsilanti, it was with the idea that I would spend some time at home gathering the nucleus of such an exhibit; but circumstances beyond my control prevented the carrying out of the original design.

I hope, however, that these pictures of the mayors, hanging upon your walls, may suggest to our young people the possibilities of getting together more things which will illustrate the advancement of our city. When they look upon the Napoleon-like visage of Henry Scovill, the military figure of Frank Bogardus, the stern and decisive face of E.P. Allen, or the philanthropical countenance of Henry Glover, I trust it will inspire them towards public spirited works and with love of the prettiest city in the finest State of the Union.

Mr. F.P. Bogardus, Mr. Frank Joslyn and Mrs. J.F. Saunders should share with me your courteous acknowledgment of the receipt of this souvenir, as by correspondence with each of them I was enabled to trace the whereabouts of some of the pictures.

Wishing the Association continued success in the future, and trusting that you will always bear in mind that there is no other school in the world like the Pratt Institute, I am