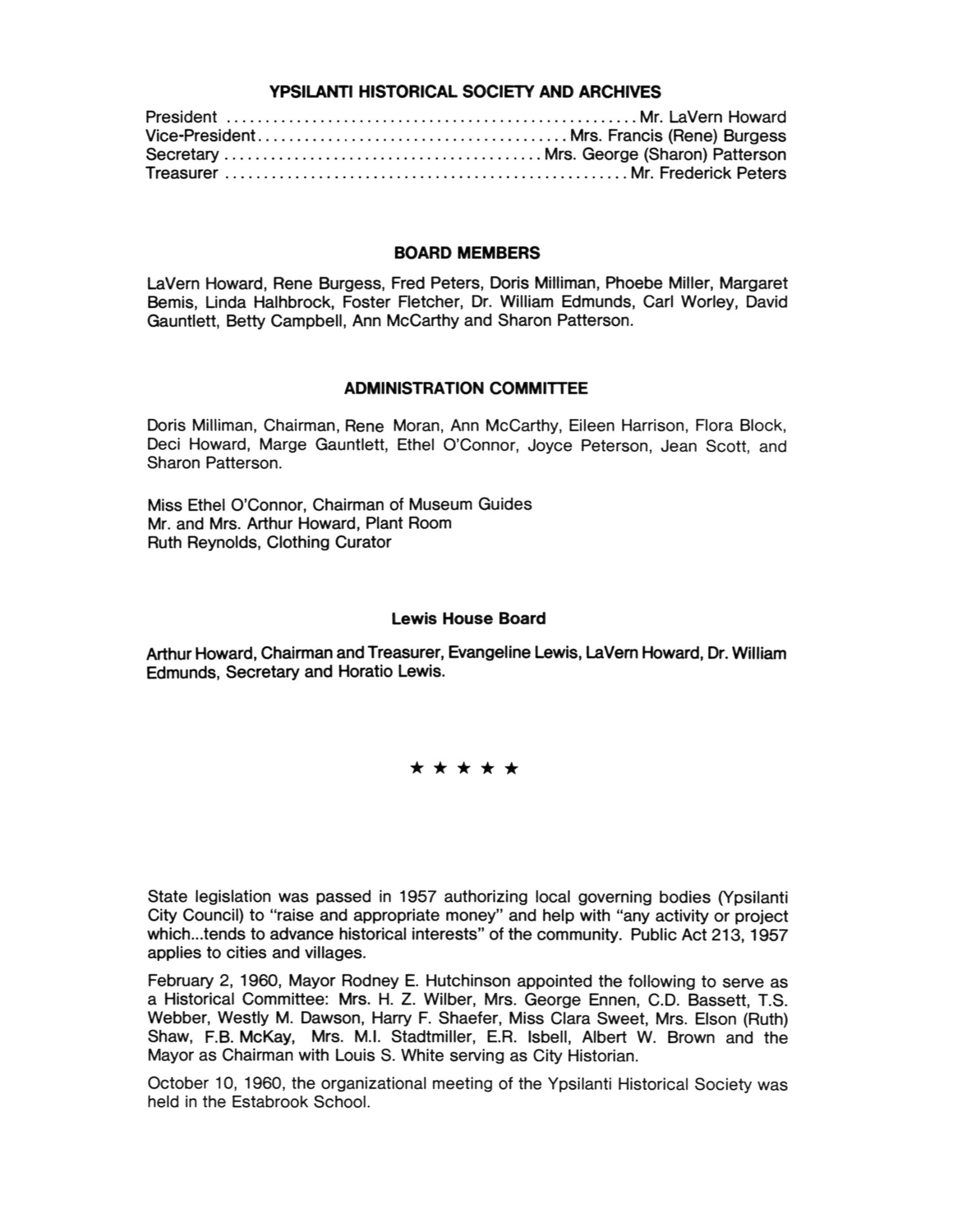 
State legislation was passed in 1957 authorizing local governing bodies (Ypsilanti City Council) to “raise and appropriate money” and help with “any activity or project which…tends to advance historical interests” of the community. Public Act 213, 1957 applies to cities and villages.

October 10, 1960, the organizational meeting of the Ypsilanti Historical Society was held in the Estabrook School.