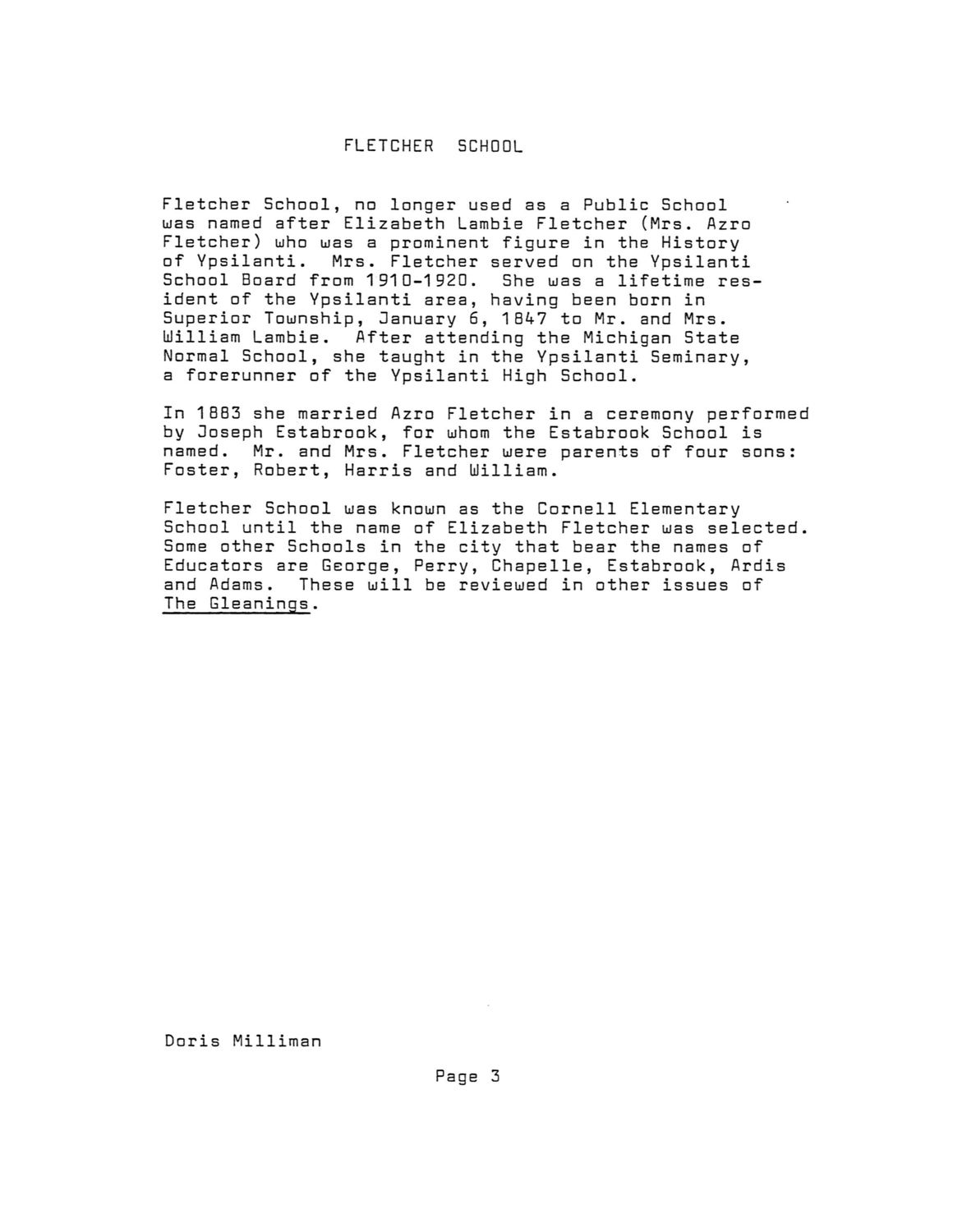 Fletcher School, no longer used as a Public School was named after Elizabeth Lambie Fletcher (Mrs. Azro Fletcher) who was a prominent figure in the History of Ypsilanti. Mrs. Fletcher served on the Ypsilanti School Board from 1910–1920. She was a lifetime resident of the Ypsilanti area, having been born in Superior Township, January 6, 1847 to Mr. and Mrs. William Lambie. After attending the Michigan State Normal School, she taught in the Ypsilanti Seminary, a forerunner of the Ypsilanti High School.

In 1883 she married Azro Fletcher in a ceremony performed by Joseph Estabrook, for whom the Estabrook School is named. Mr. and Mrs. Fletcher were parents of four sons: Foster, Robert, Harris and William.

Fletcher School was known as the Cornell Elementary School until the name of Elizabeth Fletcher was selected. Some other Schools in the city that bear the names of Educators are George, Perry, Chapelle, Estabrook, Ardis and Adams. These will be reviewed in other issues of The Gleanings.