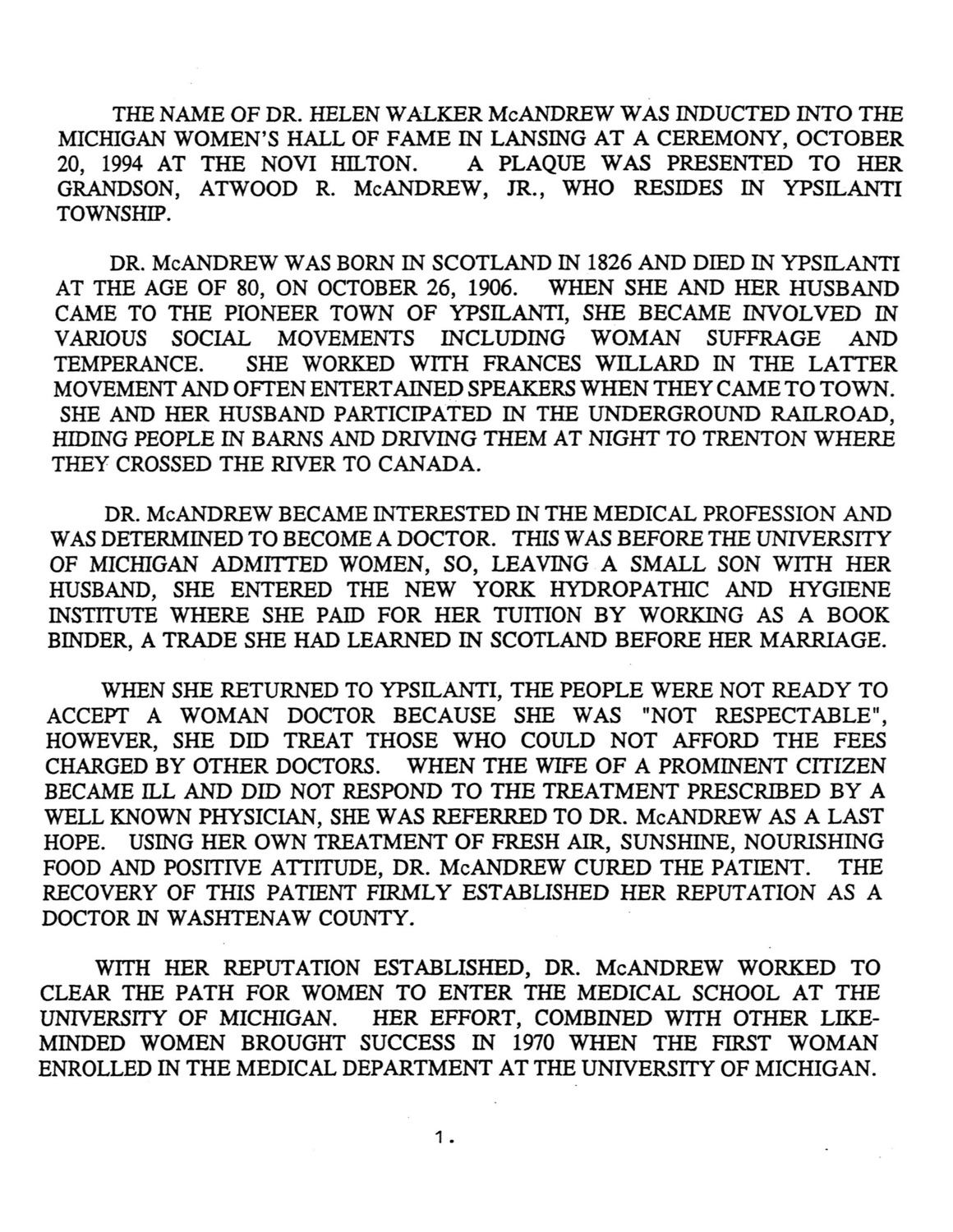 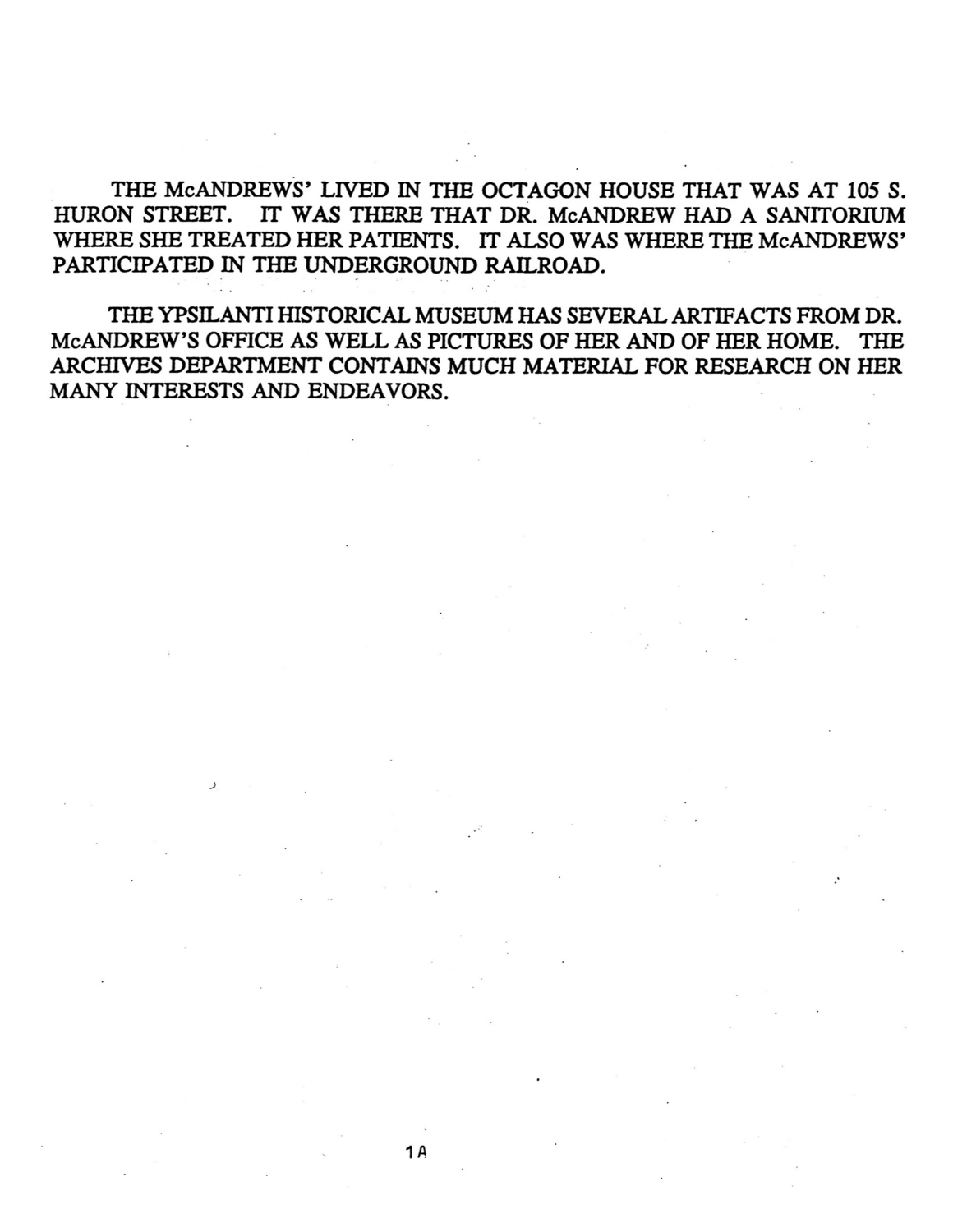 The name of Dr. Helen Walker McAndrew was inducted into the Michigan Women's Hall of Fame in Lansing at a ceremony, October 20, 1994 at the Novi Hilton. A plaque was presented to her grandson, Atwood R. McAndrew, Jr., who resides in Ypsilanti Township.

Dr. McAndrew was born in Scotland in 1826 and died in Ypsilanti at the age of 80, on October 26, 1906. When she and her husband came to the pioneer town of Ypsilanti, she became involved in various social movements including woman suffrage and temperance. She worked with Frances Willard in the latter movement and often entertained speakers when they came to town. She and her husband participated in the underground railroad, hiding people in barns and driving them at night to Trenton where they crossed the river to Canada.

Dr. McAndrew became interested in the medical profession and was determined to become a doctor. This was before the University of Michigan admitted women, so, leaving a small son with her husband, she entered the New York Hydropathic and Hygiene Institute where she paid for her tuition be working as a book binder, a trade she had learned in Scotland before her marriage.

When she returned to Ypsilanti, the people were not ready to accept a woman doctor because she was "not respectable", however, she did treat those who could not afford the fees charged by other doctors. When the wife of a prominent citizen became ill and did not respond to the treatment prescribed by a well known physician, she was referred to Dr. McAndrew as a last hope. Using her own treatment of fresh air, sunshine, nourishing food and positive attitude, Dr. McAndrew cured the patient. The recovery of this patient firmly established her reputation as a doctor in Washtenaw County.

The McAndrews' lived in the octagon house that was at 105 S. Huron Street. It was there that Dr. McAndrew had a sanitorium where she treated her patients. It also was where the McAndrews' participated in the underground railroad.

The Ypsilanti Historical Museum has several artifacts from Dr. McAndrew's office as well as pictures of her and her home. The archives department contains much material for research on her many interests and endeavors.