In Memory of James Westfall 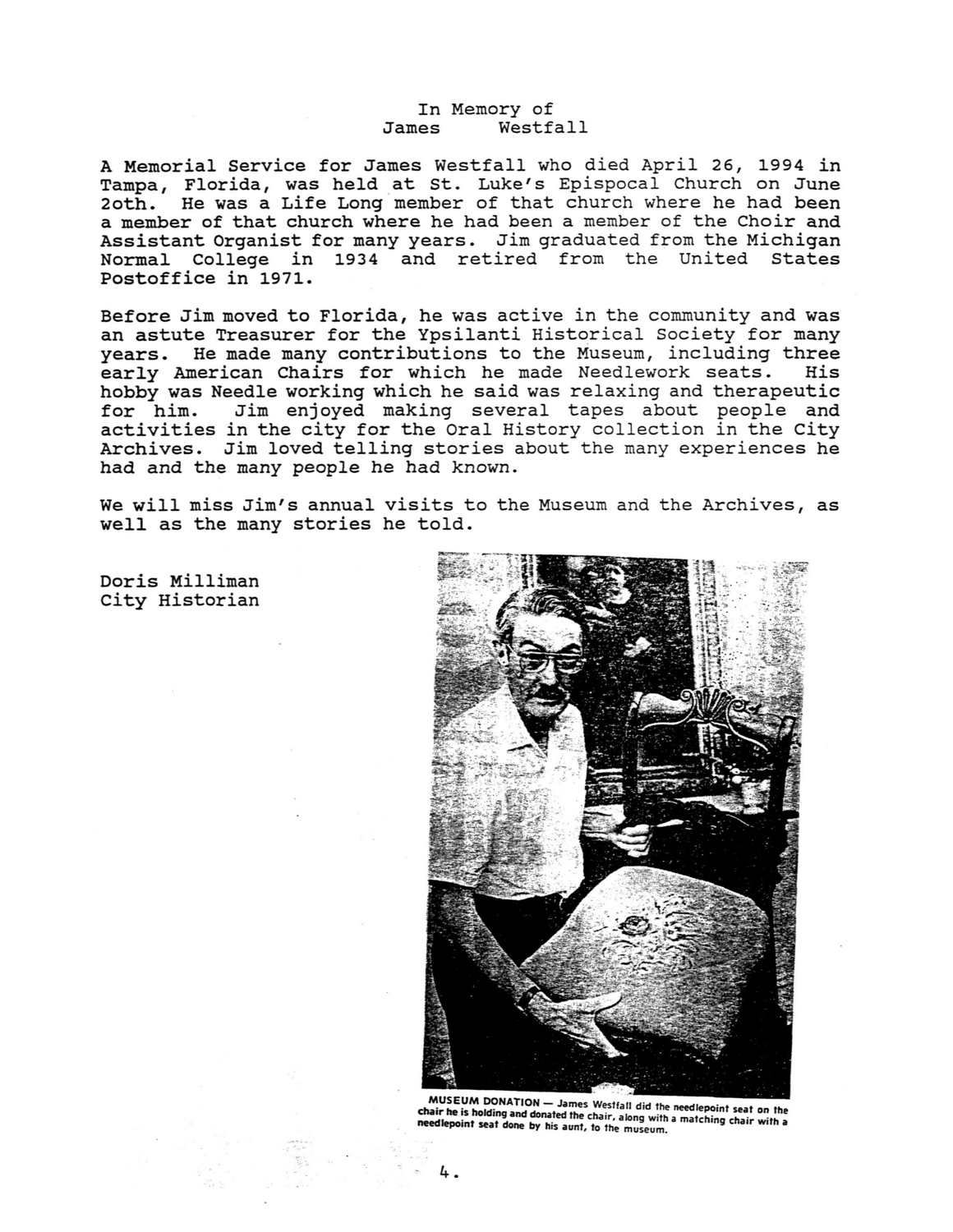 Before Jim moved to Florida, he was active in the community and was an astute Treasurer for the Ypsilanti Historical Society for many years. He made many contributions to the Museum, including three early American Chairs for which he made Needlework seats. His hobby was Needle working which he said was relaxing and therapeutic for him. Jim enjoyed making several tapes about people and activities in the city for the Oral History collection in the City Archives. Jim loved telling stories about the many experiences he had and the many people he had known.

We will miss Jim's annual visits to the Museum and the Archives, as well as the many stories he told.