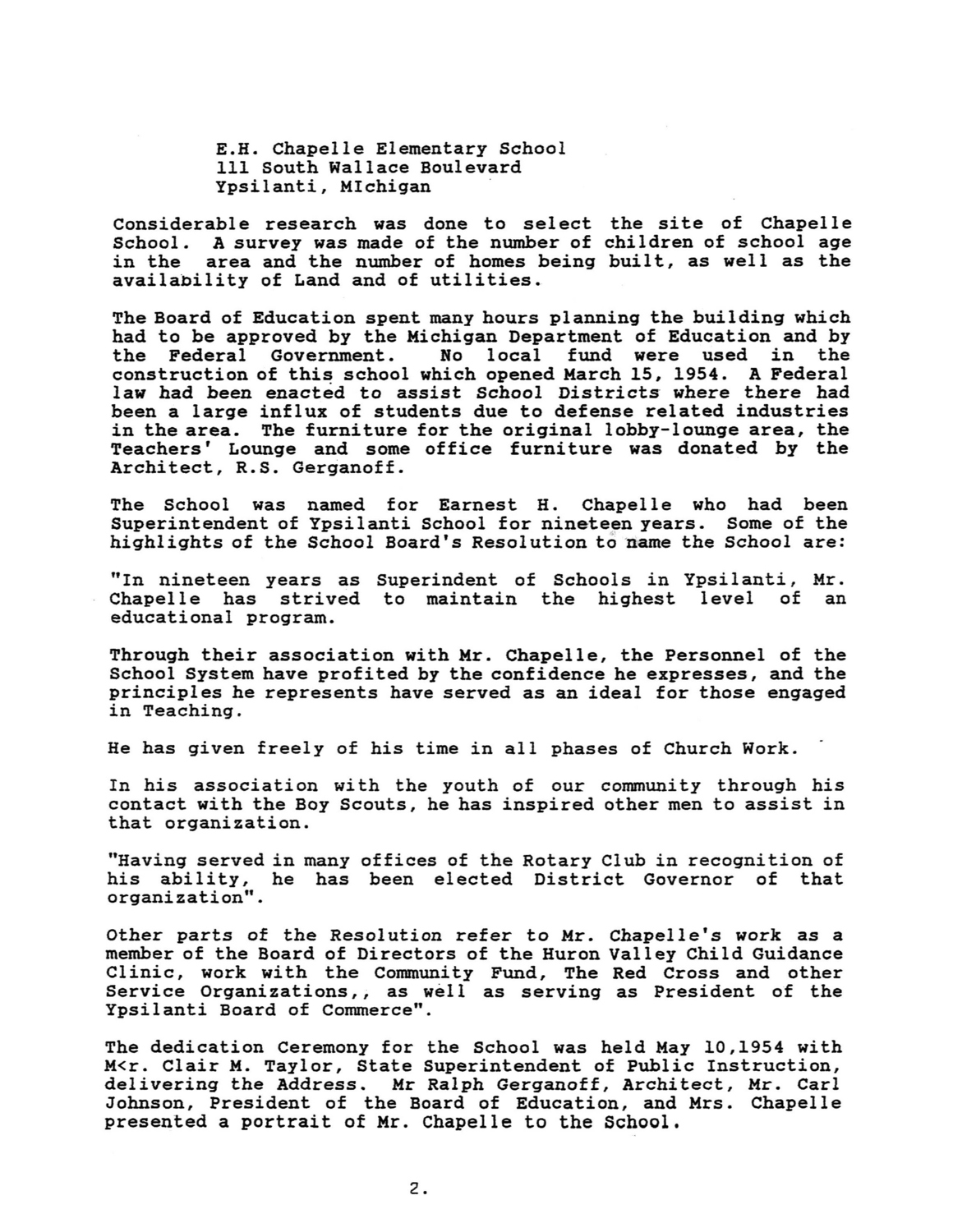 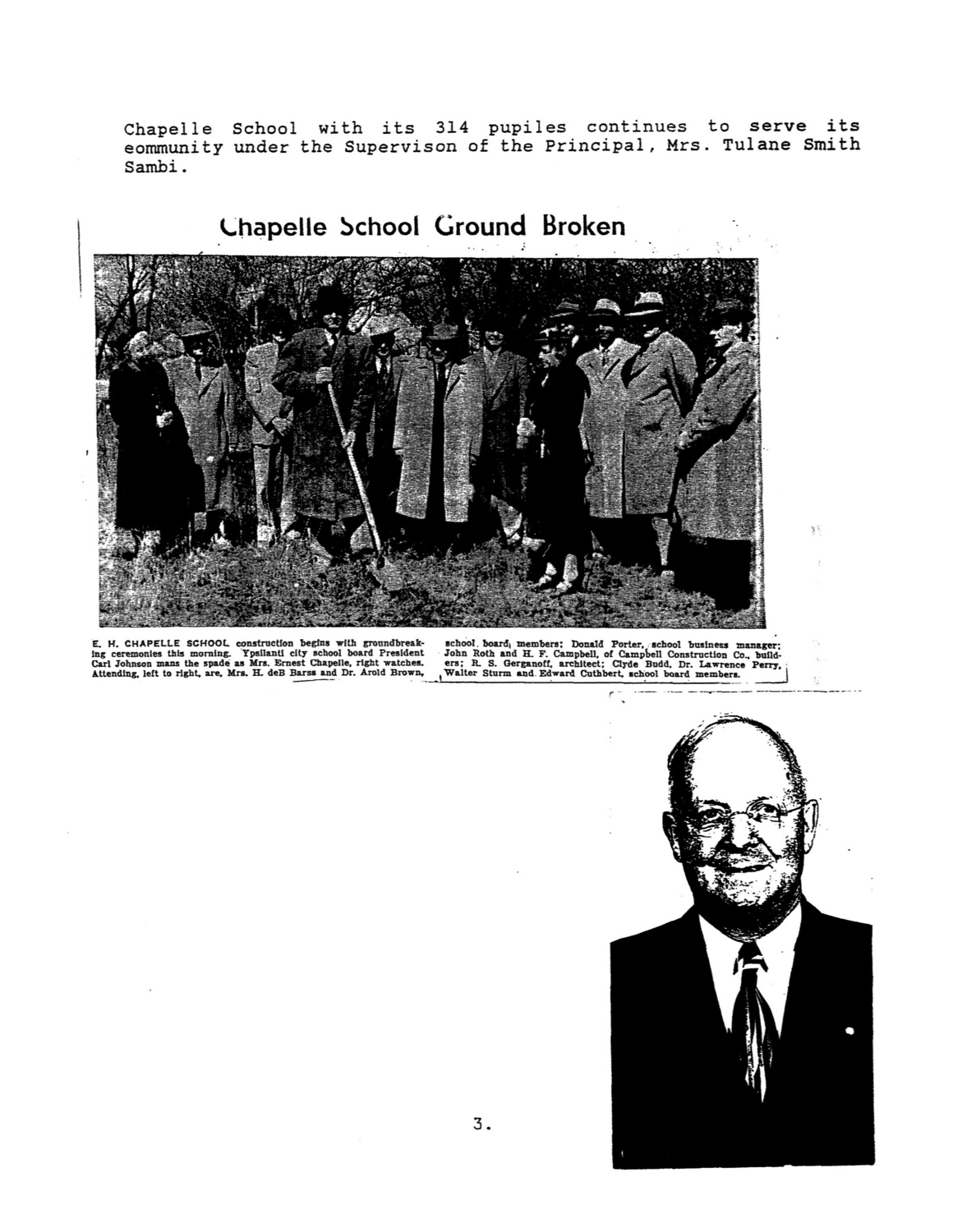 Considerable research was done to select the site of Chapelle School. A survey was made of the number of children of school age in the area and the number of homes being built, as well as the availability of Land and of utilities.

The Board of Education spent many hours planning the building which had to be approved by the Michigan Department of Education and by the Federal Government. No local fund were used in the construction of this school which opened March 15, 1954. A Federal law had been enacted to assist School Districts where there had been a large influx of students due to defense related industries in the area. The furniture for the original lobby-lounge area, the Teachers' Lounge and some office furniture was donated by the Architect, R.S. Gerganoff.

The School was named for Earnest H. Chapelle who had been Superintendent of Ypsilanti School for nineteen years. Some of the highlights of the School Board's Resolution to name the School are:
“In nineteen years as Superindent of Schools in Ypsilanti, Mr. Chapelle has strived to maintain the highest level of an educational program.

Through their association with Mr. Chapelle, the Personnel of the School System have profited by the confidence he expresses, and the principles he represents have served as an ideal for those engaged in Teaching.

He has given freely of his time in all phases of Church Work.

In his association with the youth of our community through his contact with the Boy Scouts, he has inspired other men to assist in that organization.

“Having served in many offices of the Rotary Club in recognition of his ability, he has been elected District Governor of that organization”.

Other parts of the Resolution refer to Mr. Chapelle's work as a member of the Board of Directors of the Huron Valley Child Guidance Clinic, work with the Community Fund, The Red Cross and other Service Organizations, as well as serving as President of the Ypsilanti Board of Commerce”.
The dedication Ceremony for the School was held May 10,1954 with Mr. Clair M. Taylor, State Superintendent of Public Instruction, delivering the Address. Mr Ralph Gerganoff, Architect, Mr. Carl Johnson, President of the Board of Education, and Mrs. Chapelle presented a portrait of Mr. Chapelle to the School.

Chapelle School with its 314 pupiles continues to serve its eommunity under the Supervison of the Principal, Mrs. Tulane Smith Sambi.