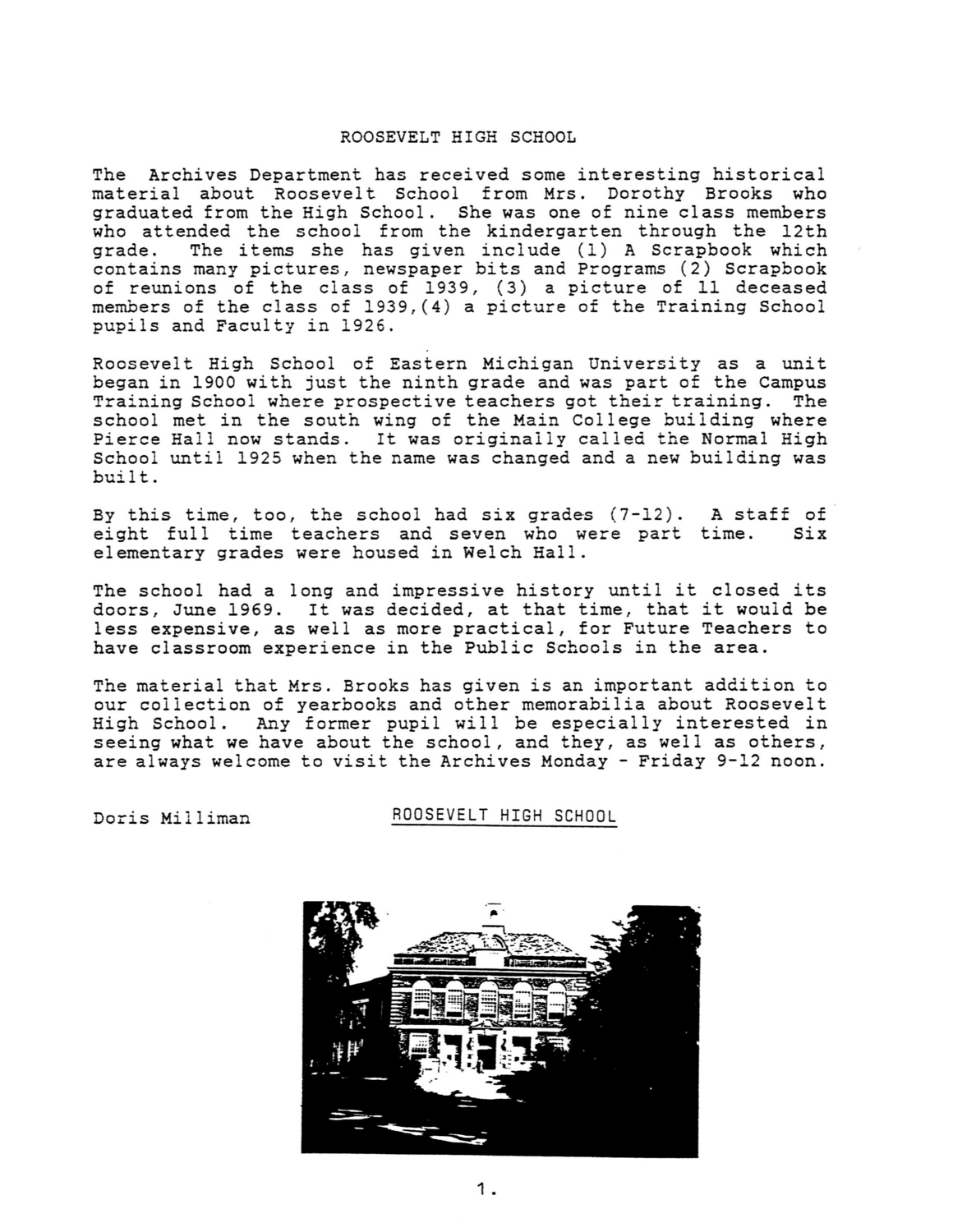 The Archives Department has received some interesting historical material about Roosevelt School from Mrs. Dorothy Brooks who graduated from the High School. She was one of nine class members who attended the school from the kindergarten through the 12th grade. The items she has given include (1) A Scrapbook which contains many pictures, newspaper bits and Programs (2) Scrapbook of reunions of the class of 1939, (3) a picture of 11 deceased members of the class of 1939, (4) a picture of the Training School pupils and Faculty in 1926.

Roosevelt High School of Eastern Michigan University as a unit began in 1900 with just the ninth grade and was part of the Campus Training School where prospective teachers got their training. The school met in the south wing of the Main College building where Pierce Hall now stands. It was originally called the Normal High School until 1925 when the name was changed and a new building was built.

By this time, too, the school had six grades (7–12). A staff of eight full time teachers and seven who were part time. Six elementary grades were housed in Welch Hall.

The school had a long and impressive history until it closed its doors, June 1969. It was decided, at that time, that it would be less expensive, as well as more practical, for Future Teachers to have classroom experience in the Public Schools in the area.

The material that Mrs. Brooks has given is an important addition to our collection of yearbooks and other memorabilia about Roosevelt High School. Any former pupil will be especially interested in seeing what we have about the school, and they, as well as others, are always welcome to visit the Archives Monday-Friday 9–12 noon.