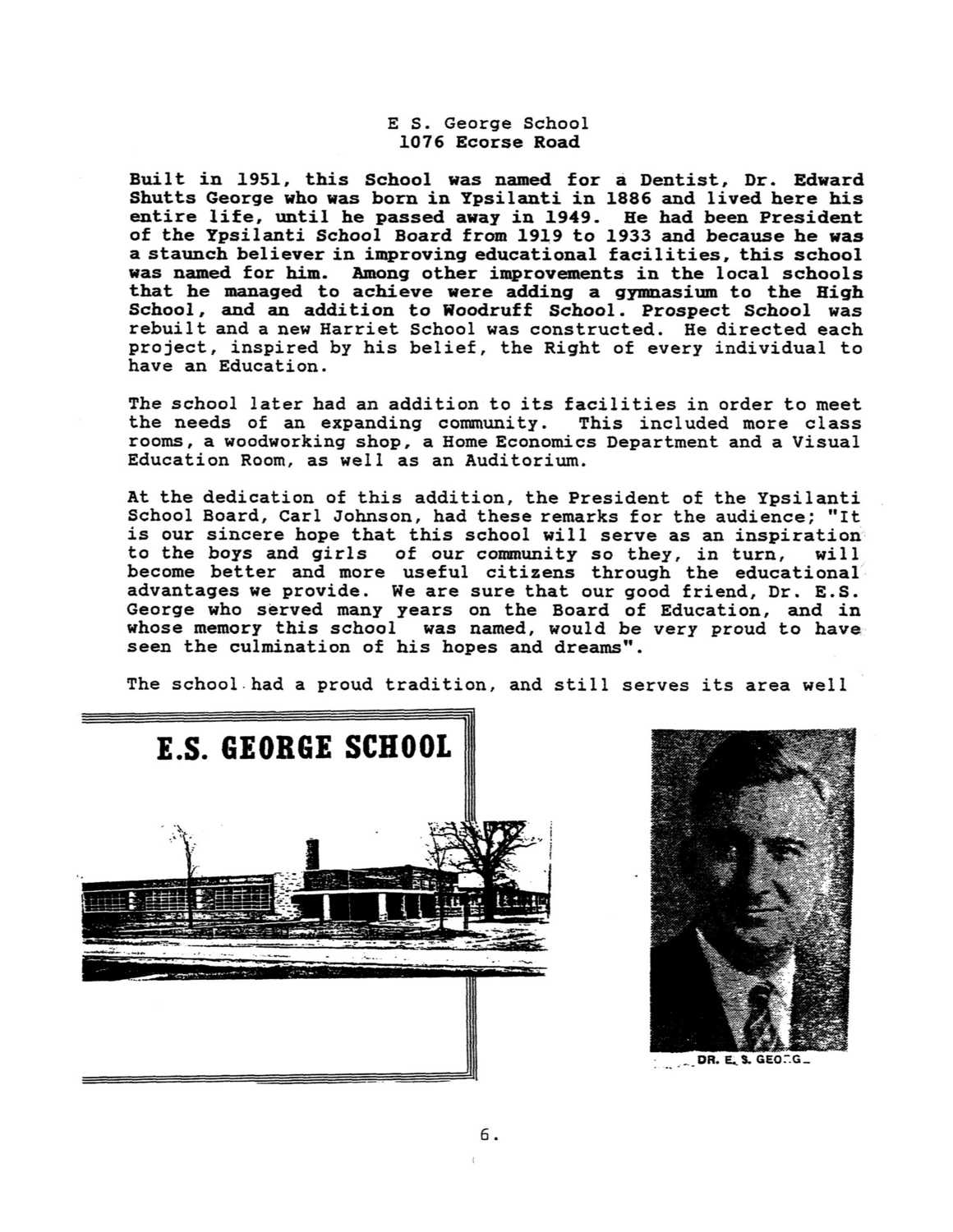 Built in 1951, this School was named for a Dentist, Dr. Edward Shutts George who was born in Ypsilanti in 1886 and lived here his entire life, until he passed away in 1949. He had been President of the Ypsilanti School Board from 1919 to 1933 and because he was a staunch believer in improving educational facilities, this school was named for him. Among other improvements in the local schools that he managed to achieve were adding a gymnasium to the High School, and an addition to Woodruff School. Prospect School was rebuilt and a new Harriet School was constructed. He directed each project, inspired by his belief, the Right of every individual to have an Education.

The school later had an addition to its facilities in order to meet the needs of an expanding community. This included more class rooms, a woodworking shop, a Home Economics Department and a Visual Education Room, as well as an Auditorium.

At the dedication of this addition, the President of the Ypsilanti School Board, Carl Johnson, had these remarks for the audience; “It is our sincere hope that this school will serve as an inspiration to the boys and girls of our community so they, in turn, will become better and more useful citizens through the educational advantages we provide. We are sure that our good friend, Dr. E.S. George who served many years on the Board of Education, and in whose memory this school was named, would be very proud to have seen the culmination of his hopes and dreams”.

The school had a proud tradition, and still serves its area well