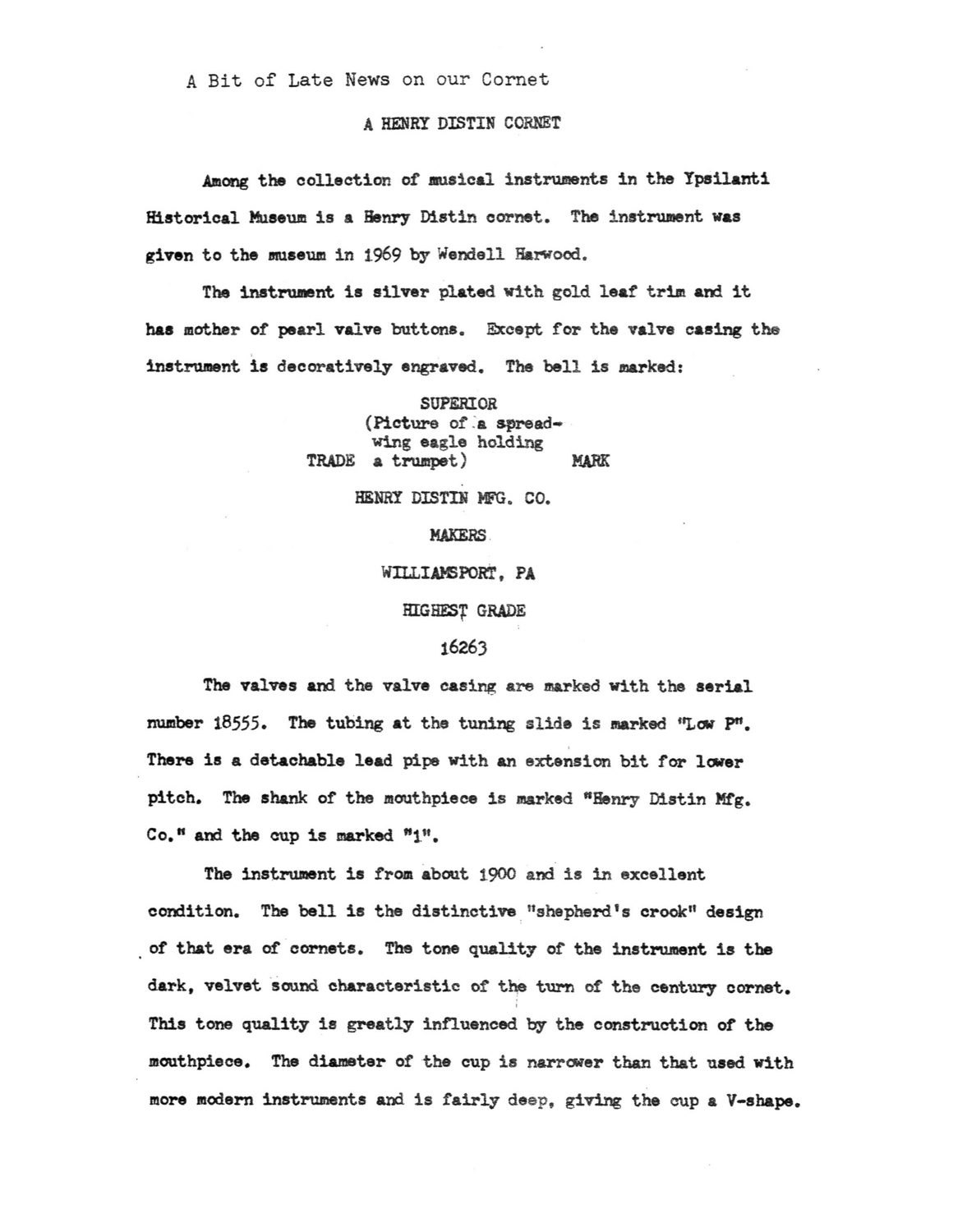 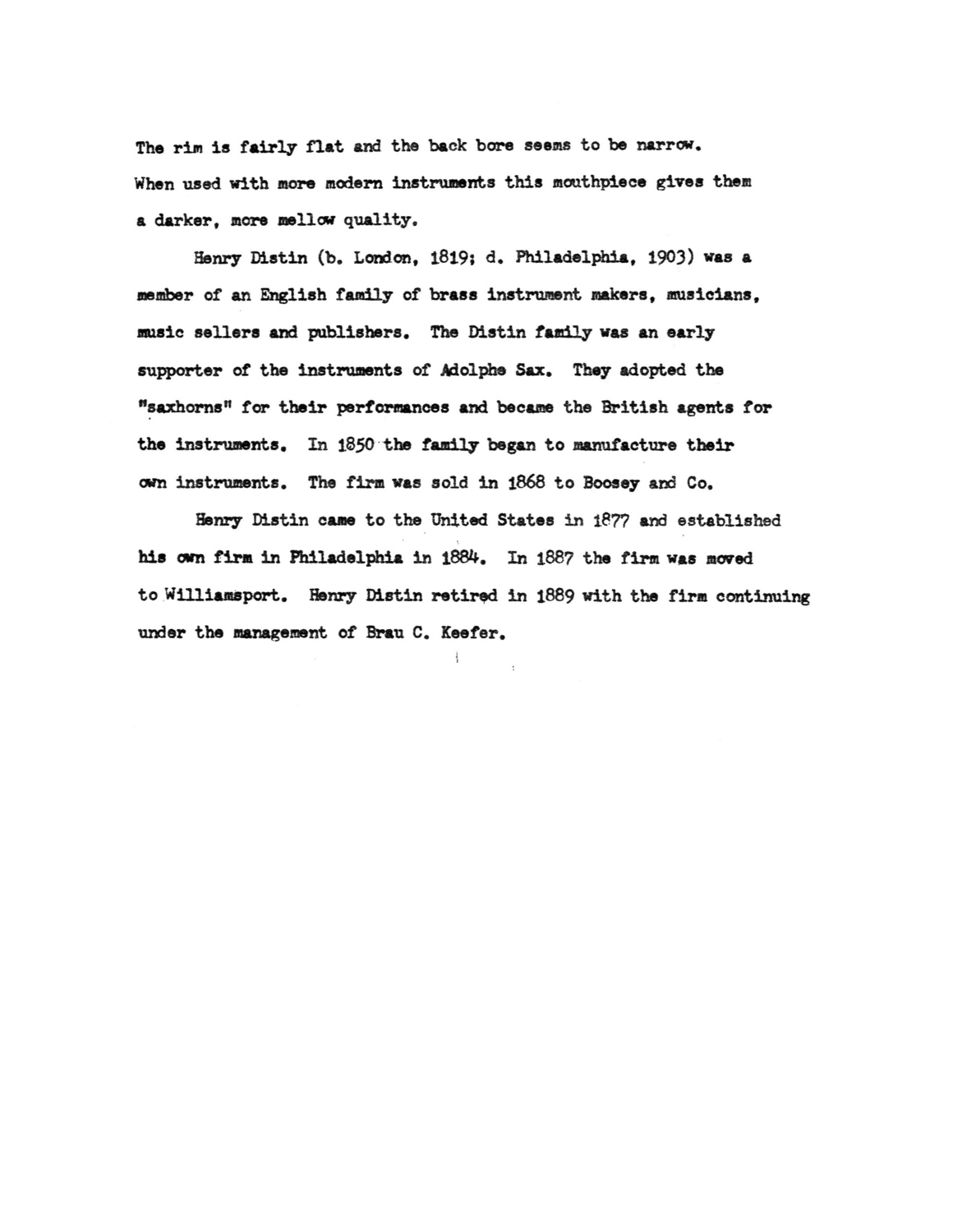 A Bit of Late News on our Cornet

Among the collection of musical instruments in the Ypsilanti Historical Museum is a Henry Distin cornet. The instrument was given to the museum in 1969 by Wendell Harwood.

The instrument is silver plated with gold leaf trim and it has mother of pearl valve buttons. Except for the valve casing the instrument is decoratively engraved. The bell is marked:

The valves and the valve casing are marked with the serial number 18555. The tubing at the tuning slide is marked “Low P”. There is a detachable lead pipe with an extension bit for lower pitch. The shank of the mouthpiece is marked “Henry Distin Mfg. Co.” and the cup is marked “1”.

The instrument is from about 1900 and is in excellent condition. The bell is the distinctive “shepherd's crook” design of that era of cornets. The tone quality of the instrument is the dark, velvet sound characteristic of the turn of the century cornet. This tone quality is greatly influenced by the construction of the mouthpiece. The diameter of the cup is narrower than that used with more modern instruments and is fairly deep, giving the cup a V-shape. The rim is fairly flat and the back bore seems to be narrow. When used with more modern instruments this mouthpiece gives them a darker, more mellow quality.

Henry Distin (b. London, 1819; d. Philadelphia, 1903) was a member of an English family of brass instrument makers, musicians, music sellers and publishers. The Distin family was an early supporter of the instruments of Adolphe Sax. They adopted the “saxhorns” for their performances and became the British agents for the instruements. In 1850 the family began to manufacture their own instruments. The firm was sold in 1868 to Boosey and Co.

Henry Distin came to the United States in 1877 and established his own firm in Philadelphia in 1884. In 1887 the firm was moved to Williamsport. Henry Distin retired in 1889 with the firm continuing under the management of Brau C. Keefer.