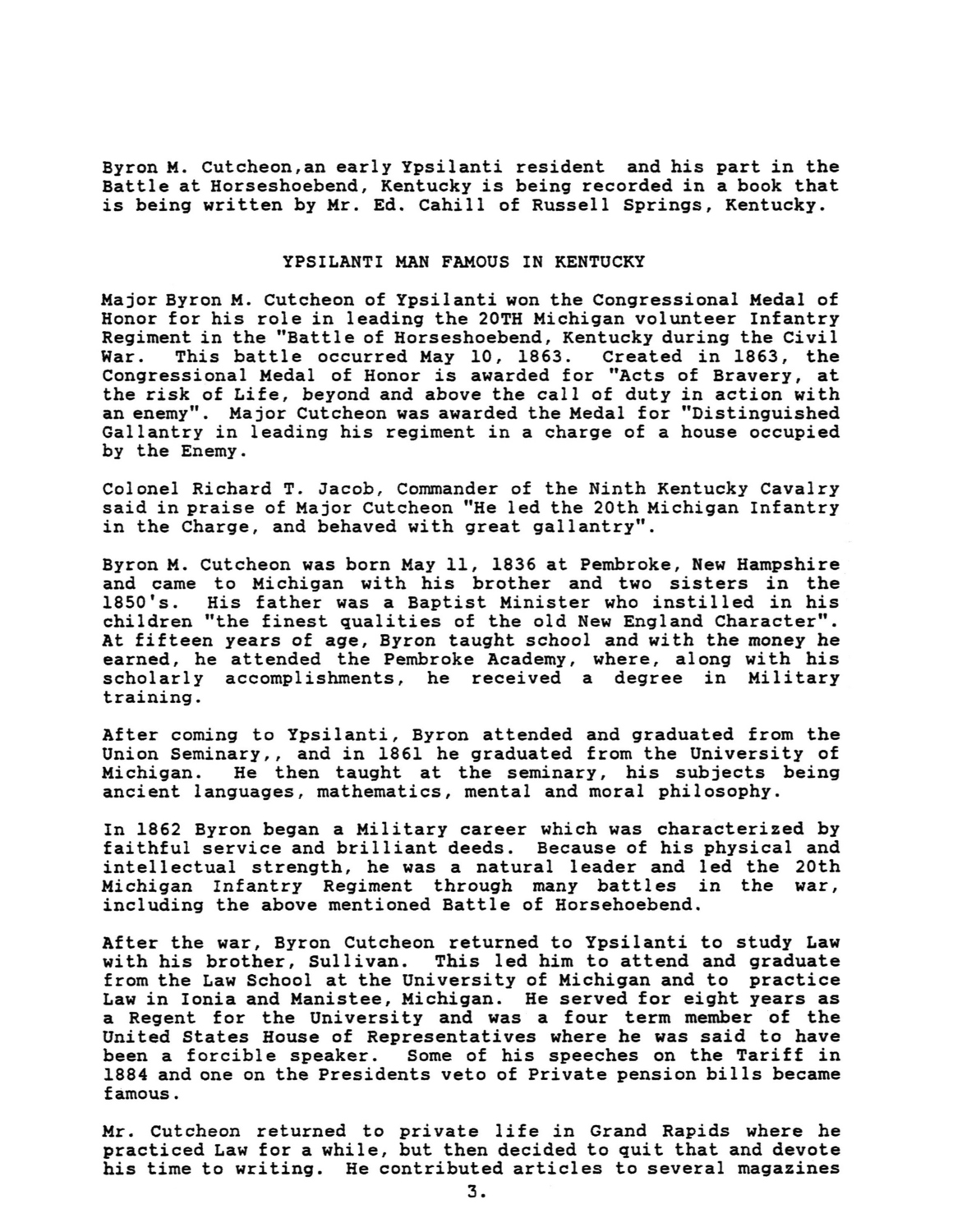 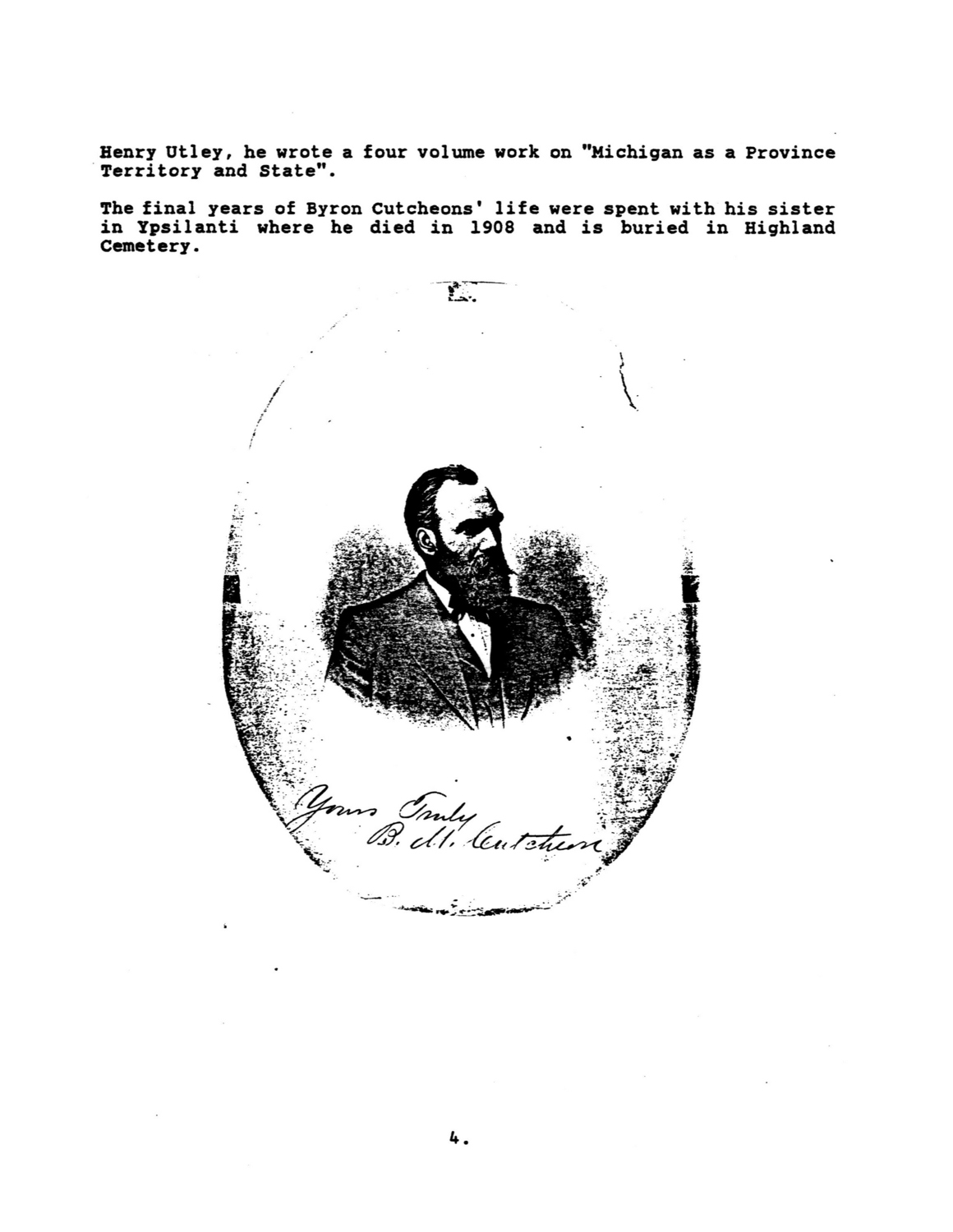 Byron M. Cutcheon, an early Ypsilanti resident and his part in the Battle at Horseshoebend, Kentucky is being recorded in a book that is being written by Mr. Ed. Cahill of Russell Springs, Kentucky.

Major Byron M. Cutcheon of Ypsilanti won the Congressional Medal of Honor for his role in leading the 20TH Michigan volunteer Infantry Regiment in the “Battle of Horseshoebend, Kentucky during the Civil War. This battle occurred May 10, 1863. Created in 1863, the Congressional Medal of Honor is awarded for “Acts of Bravery, at the risk of Life, beyond and above the call of duty in action with an enemy”. Major Cutcheon was awarded the Medal for “Distinguished Gallantry in leading his regiment in a charge of a house occupied by the Enemy.

Colonel Richard T. Jacob, Commander of the Ninth Kentucky Cavalry said in praise of Major Cutcheon “He led the 20th Michigan Infantry in the Charge, and behaved with great gallantry”.

Byron M. Cutcheon was born May 11, 1836 at Pembroke, New Hampshire and came to Michigan with his brother and two sisters in the 1850's. His father was a Baptist Minister who instilled in his children “the finest qualities of the old New England Character”. At fifteen years of age, Byron taught school and with the money he earned, he attended the Pembroke Academy, where, along with his scholarly accomplishments, he received a degree in Military training.

In 1862 Byron began a Military career which was characterized by faithful service and brilliant deeds. Because of his physical and intellectual strength, he was a natural leader and led the 20th Michigan Infantry Regiment through many battles in the war, including the above mentioned Battle of Horsehoebend.

After the war, Byron Cutcheon returned to Ypsilanti to study Law with his brother, Sullivan. This led him to attend and graduate from the Law School at the University of Michigan and to practice Law in Ionia and Manistee, Michigan. He served for eight years as a Regent for the University and was a four term member of the United States House of Representatives where he was said to have been a forcible speaker. Some of his speeches on the Tariff in 1884 and one on the Presidents veto of Private pension bills became famous.

Mr. Cutcheon returned to private life in Grand Rapids where he practiced Law for a while, but then decided to quit that and devote his time to writing. He contributed articles to several magazines Henry Utley, he wrote a four volume work on “Michigan as a Province Territory and State”.

The final years of Byron Cutcheons' life were spent with his sister in Ypsilanti where he died in 1908 and is buried in Highland Cemetery.