News from the Administrative Committee 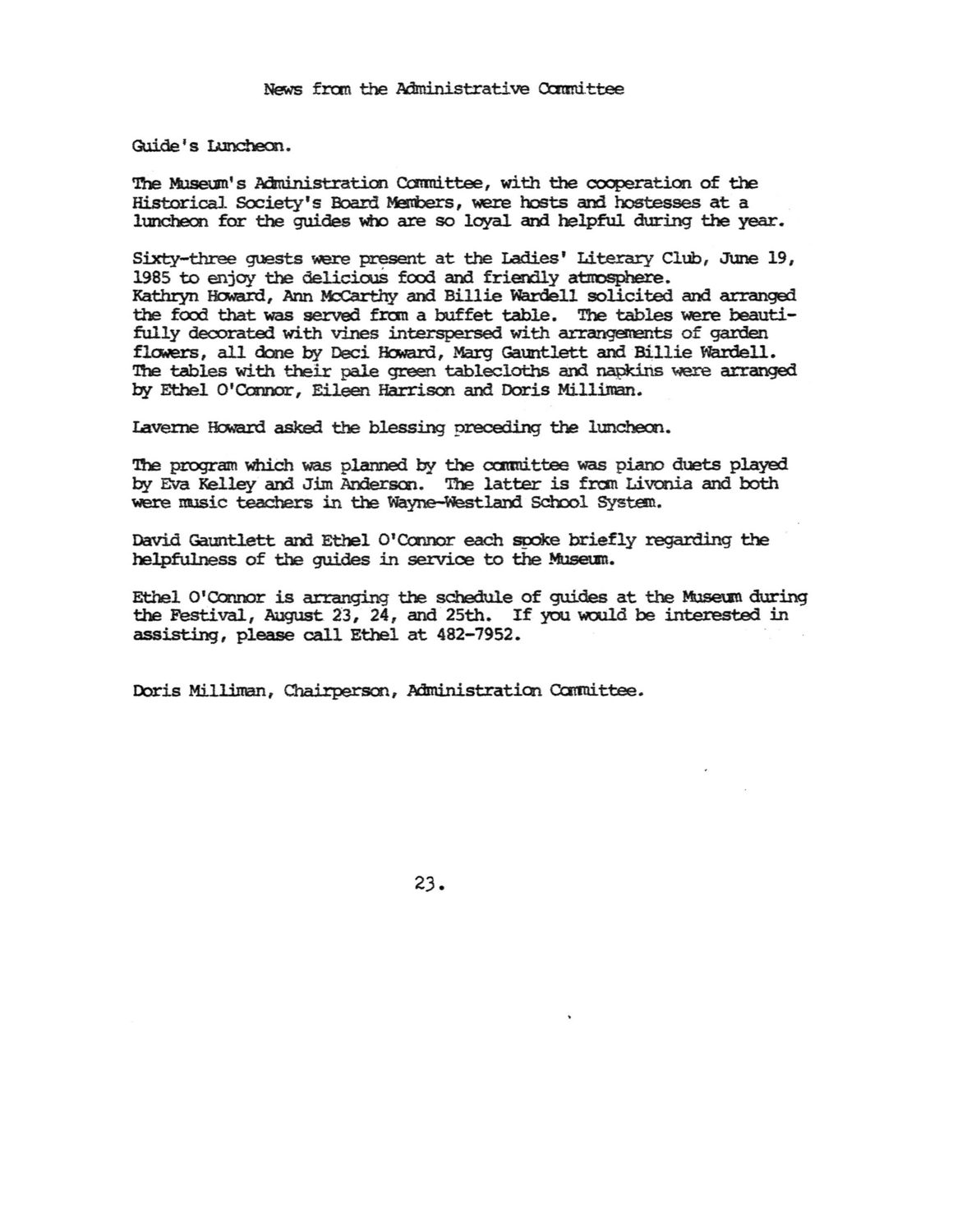 The Museum's Administration Committee, with the cooperation of the Historical Society's Board Members, were hosts and hostesses at a luncheon for the guides who are so loyal and helpful during the year.

Sixty-three guests were present at the Ladies' Literary Club, June 19, 1985 to enjoy the delicious food and friendly atmosphere.

Kathryn Howard, Ann McCarthy and Billie Wardell solicited and arranged the food that was served from a buffet table. The tables were beautifully decorated with vines interspersed with arrangements of garden flowers, all done by Deci Howard, Marg Gauntlett and Billie Wardell. The tables with their pale green tablecloths and napkins were arranged by Ethel O'Connor, Eileen Harrison and Doris Milliman.

The program which was planned by the committee was piano duets played by Eva Kelly and Jim Anderson. The latter is from Livonia and both were music teachers in the Wayne-Westland School System.

David Gauntlett and Ethel O'Connor each spoke briefly regarding the helpfulness of the guides in service to the Museum.

Ethel O'Connor is arranging the schedule of guides at the Museum during the Festival, August 23, 24, and 25th. If you would be interested in assisting, please call Ethel at 482-7952.