Review of the 1985 Heritage Parade 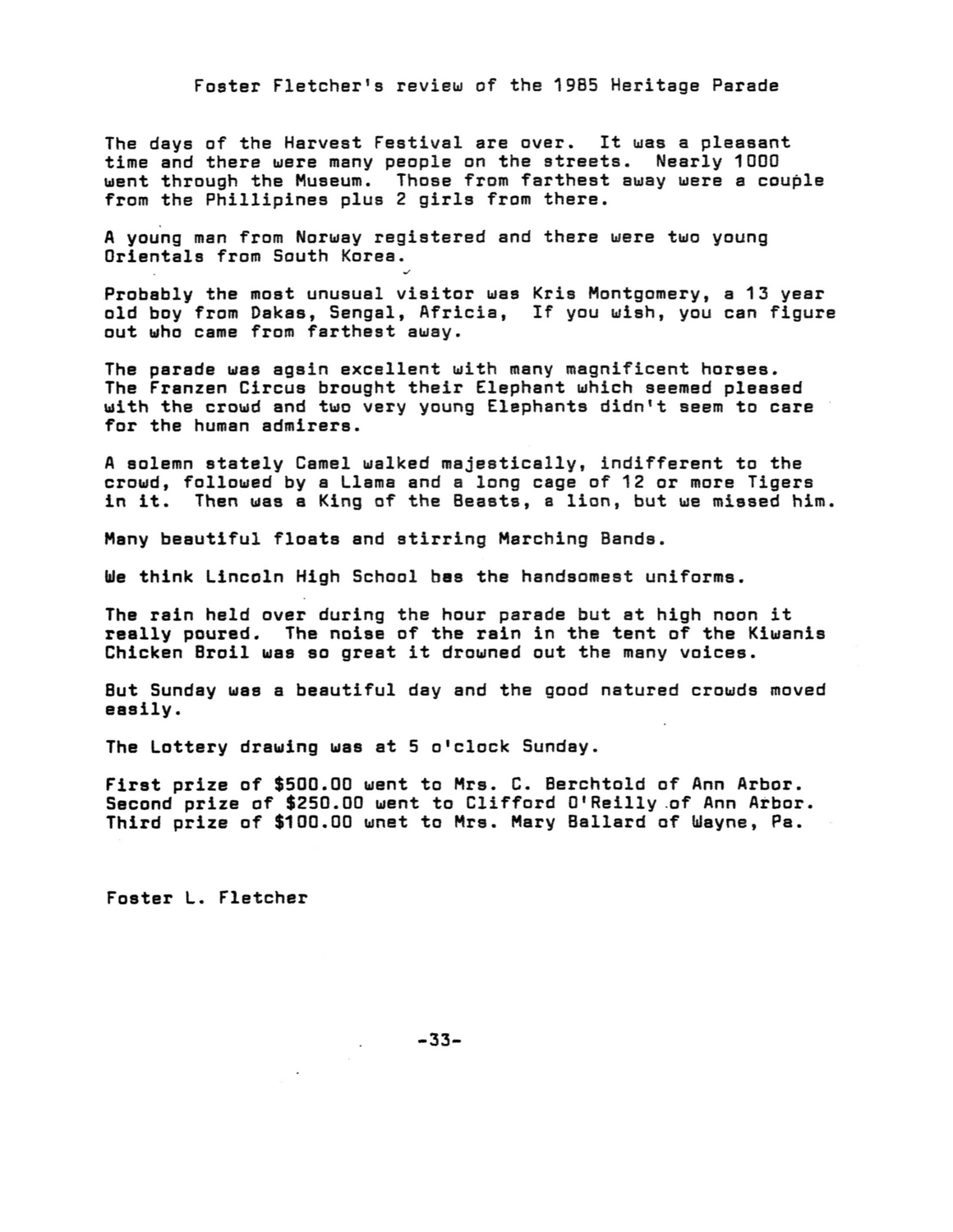 The days of the Harvest Festival are over. It was a pleasant time and there were many people on the streets. Nearly 1000 went through the Museum. Those from farthest away were a couple from the Philippines plus 2 girls from there.

A young man from Norway registered and there were two young Orientals from South Korea.

Probably the most unusual visitor was Kris Montgomery, a 13 year old boy from Dakas, Sengal, Africa, If you wish, you can figure out who came from farthest away.

The parade was again excellent with many magnificent horses. The Franzen Circus brought their Elephant which seemed pleased with the crowd and two very young Elephants didn't seem to care for the human admirers.

A solemn stately Camel walked majestically, indifferent to the crowd, followed by a Llama and a long cage of 12 or more Tigers in it. Then was a King of the Beasts, a lion, but we missed him.

We think Lincoln High School has the handsomest uniforms.

The rain held over during the hour parade but at high noon it really poured. The noise of the rain in the tent of the Kiwanis Chicken Broil was so great it drowned out the many voices.

But Sunday was a beautiful day and the good natured crowds moved easily.

The Lottery drawing was at 5 o'clock Sunday.