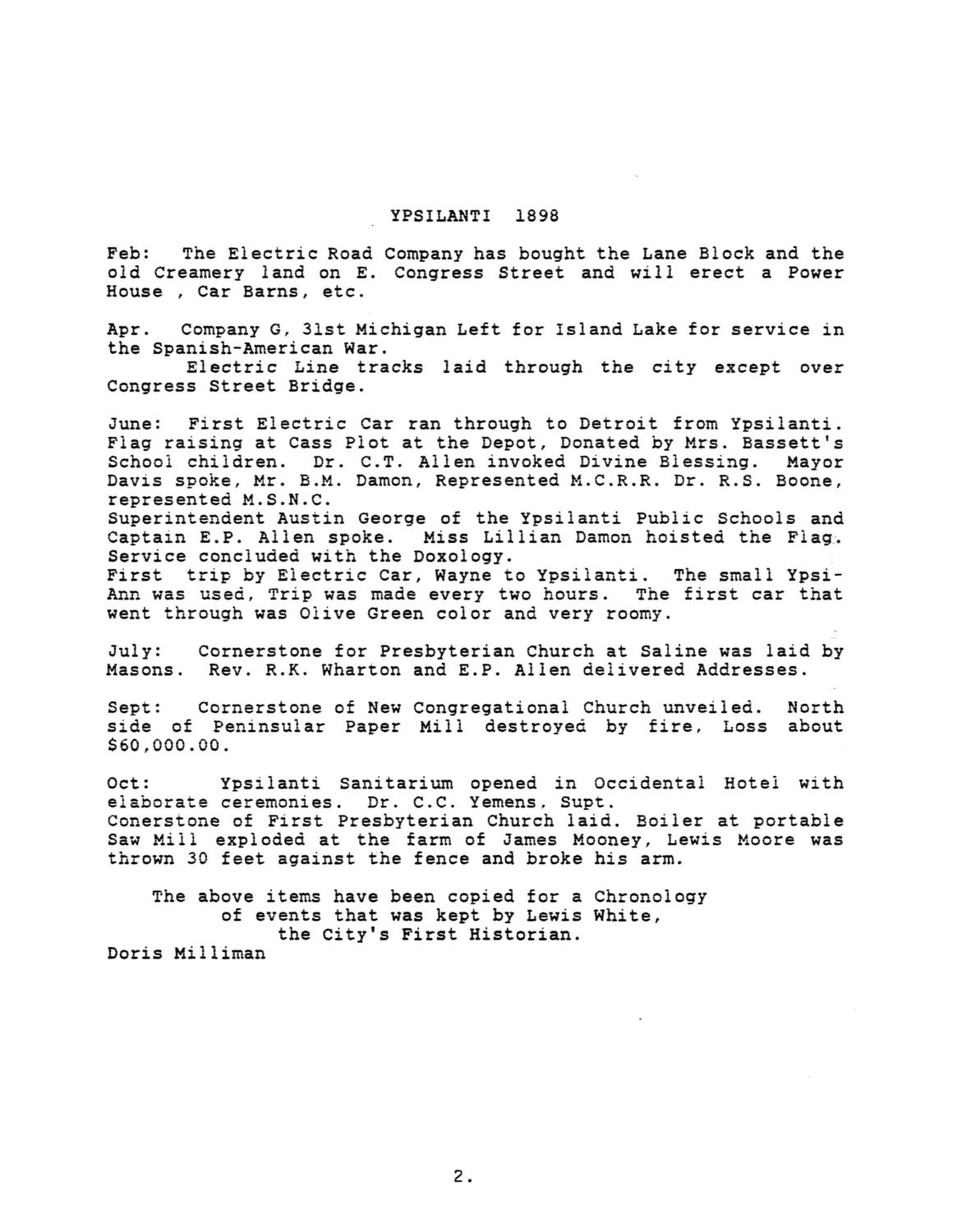 Feb: The Electric Road Company has bought the Lane Block and the old Creamery land on E. Congress Street and will erect a Power House, Car Barns, etc.

Electric Line tracks laid through the city except over Congress Street Bridge.

First trip by Electric Car, Wayne to Ypsilanti. The small Ypsi-Ann was used, Trip was made every two hours. The first car that went through was Olive Green color and very roomy.

Conerstone of First Presbyterian Church laid. Boiler at portable Saw Mill exploded at the farm of James Mooney, Lewis Moore was thrown 30 feet against the fence and broke his arm.

The above items have been copied for a Chronology of events that was kept by Lewis White, the City's First Historian.