Have You Noticed This Monument? 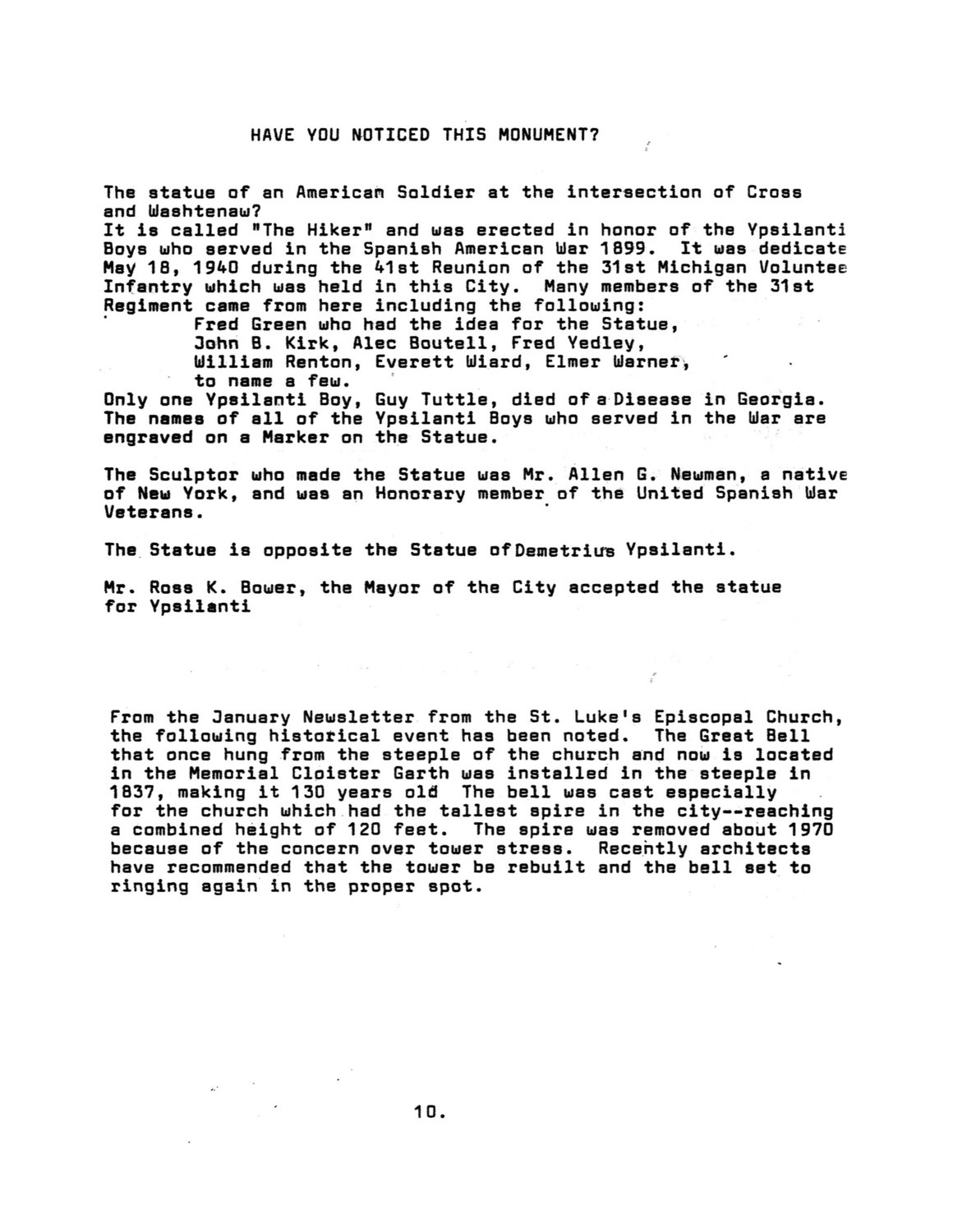 The statue of an American Soldier at the intersection of Cross and Washtenaw?

It is called “The Hiker” and was erected in honor of the Ypsilanti Boys who served in the Spanish American War 1899. It was dedicate May 18, 1940 during the 41st Reunion of the 31st Infantry which was held in this City. Many members of the 31st Regiment came from here including the following:

Fred Green who had the idea for the Statue, John B. Kirk, Alec Boutell, Fred Yedley, William Renton, Everett Wiard, Elmer Warner, to name a few.

Only one Ypsilanti Boy, Guy Tuttle, died of a Disease in Georgia. The names of all of the Ypsilanti Boys who served in the War are engraved on a Marker on the Statue.

The Sculptor who made the Statue was Mr. Allen G. Newman, a native of New York, and was an Honorary member of the United Spanish War Veterans.

The Statue is opposite the Statue of Demetrius Ypsilanti.

Mr. Ross K. Bower, the Mayor of the City accepted the statue for Ypsilanti