From the Ypsilanti Commercial of 1898 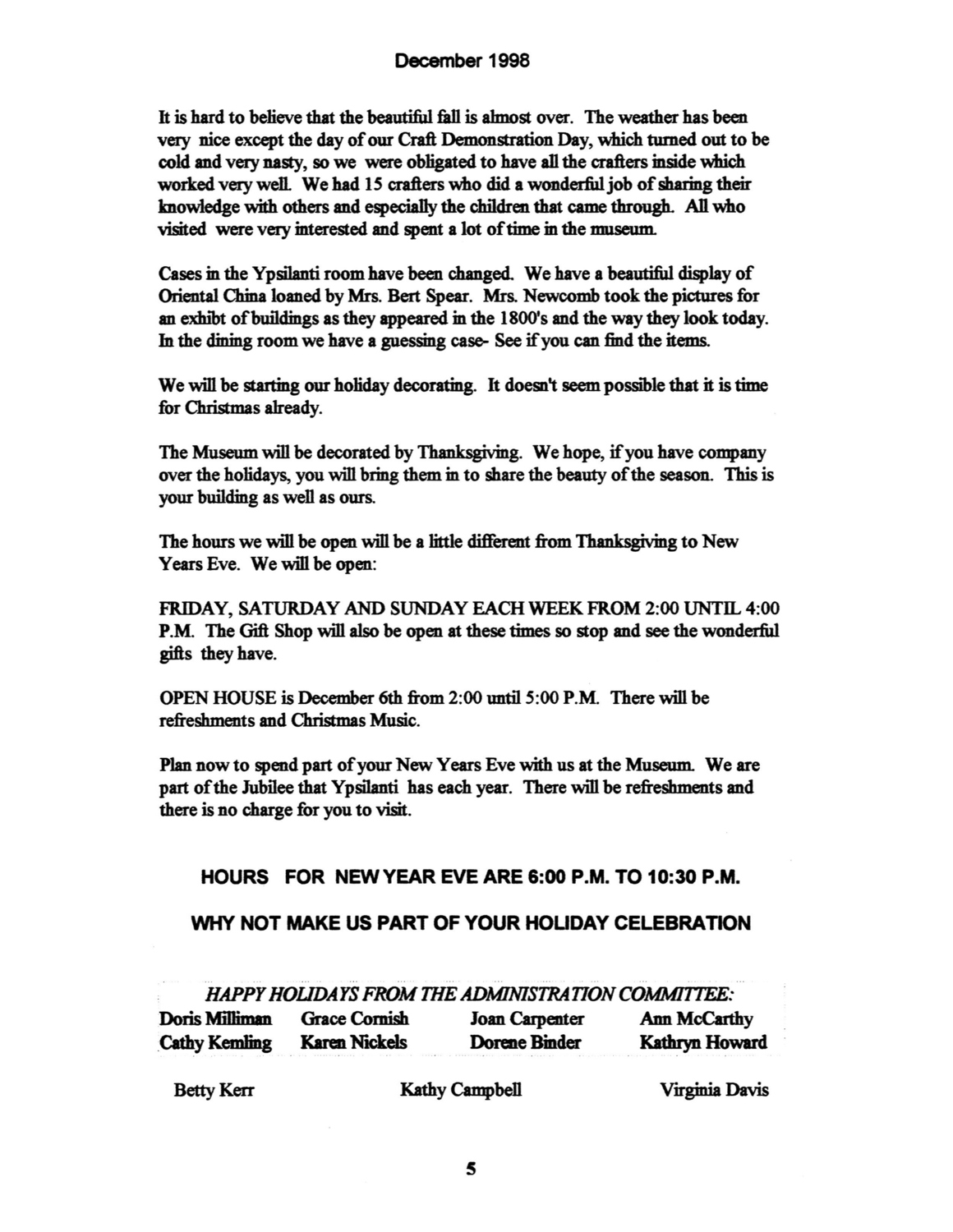 February: The Electric Road Company has bought the Lang Blacksmithing property and the old Creamery Land on E. Congress street and will erect a Power House, Car Barn, Etc.

(This property was on the North side of Michgan Avenue, just East of the Bridge, A car dealership occupies the space now.)

May: Electric Line tracks laid through the city, except over the Congress Street Bridge.

June: Sunday, June 12, First Electric Car ran through to Detroit from Ypsilanti. Flag raising at the Cass Plot at the Depot donated by Mrs. Bassett's school children. Dr. C. T. Allen invoked Divine Blessing, Mayor Davis spoke, and Mr. B. M. Damon represented the Michigan Central Railroad. The first trip by electric car, Wayne to Ypsilanti, was made by the small “Ypsi Ann” car. The trip was made about every two hours. The car was olive green and very roomy.

September: Conerstone of New Congregational Church unveiled. On the 28th, the North side of the Peninsular Paper Company was destroyed by fire, loss about &dollar;60,000.00.

November: Boiler of portable Saw Mill exploded at Farms of James Moore, Lewis, his son, was thrown 30 feet against a fence and broke his arm