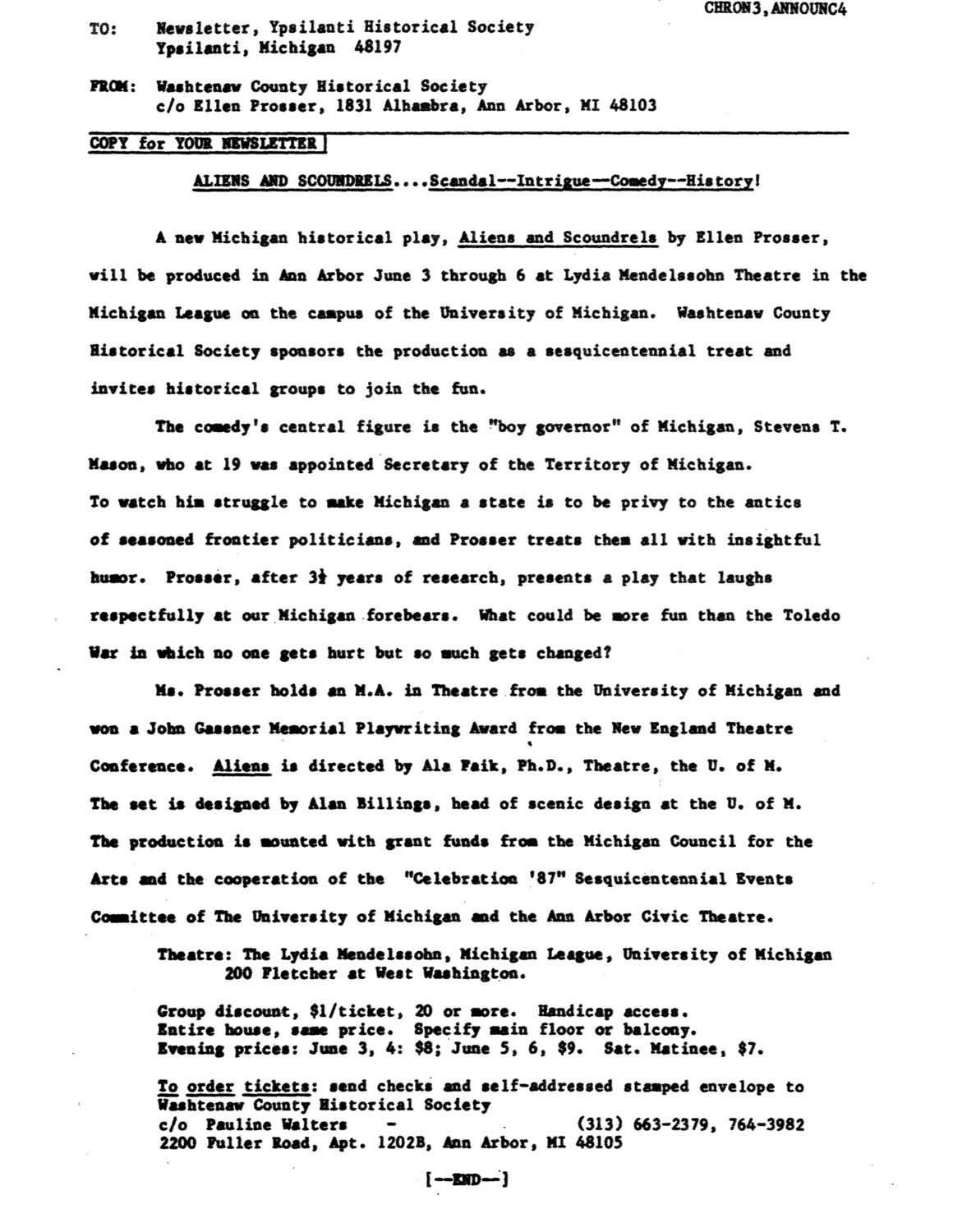 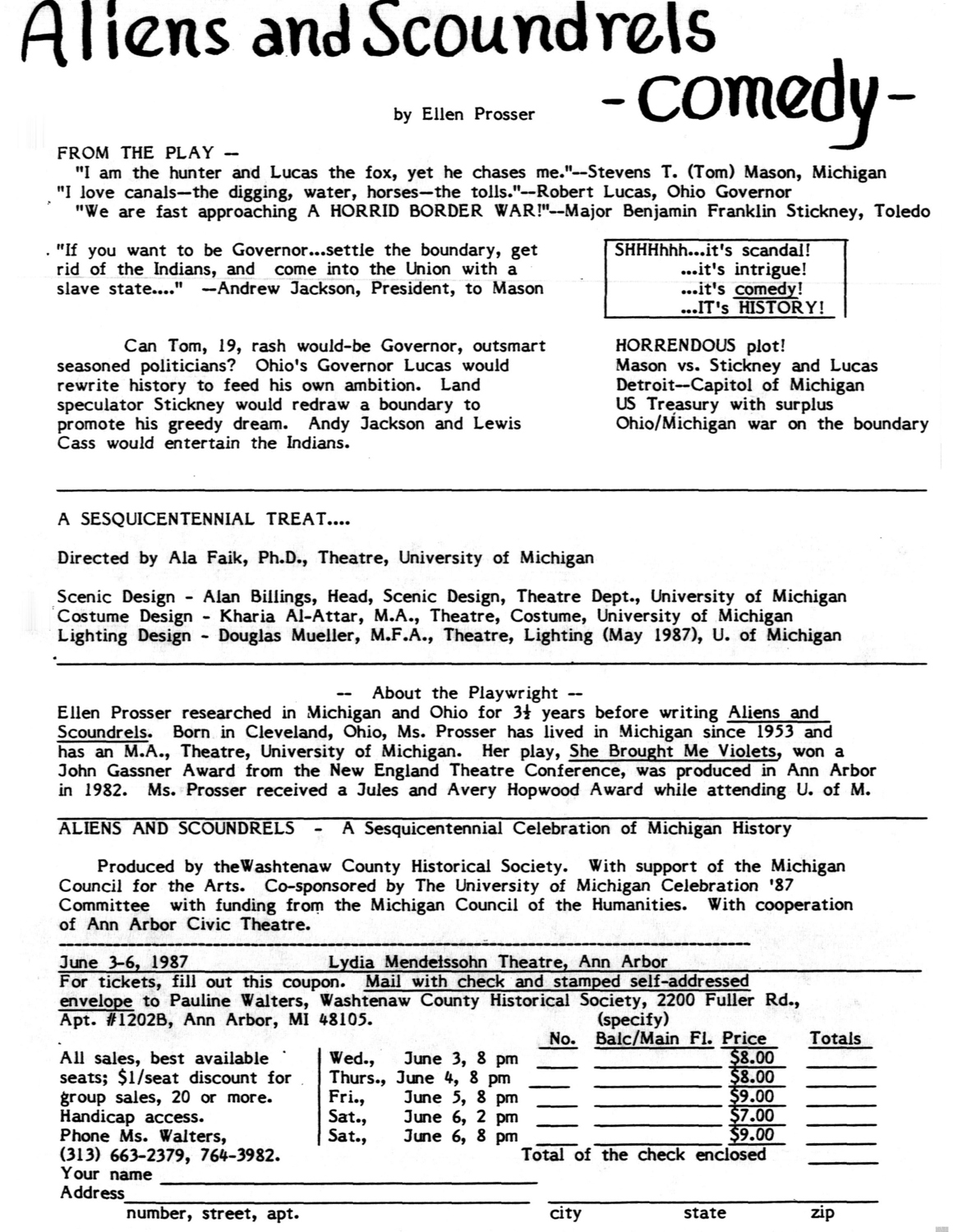 “If you want to be Governor…settle the boundary, get rid of the Indians, and come into the Union with a slave state….”—Andrew Jackson, President, to Mason

Can Tom, 19, rash would-be Governor, outsmart seasoned politicians? Ohio's Governor Lucas would rewrite history to feed his own ambition. Land speculator Stickney would redraw a boundary to promote his greedy dream. Andy Jackson and Lewis Cass would entertain the Indians. HORRENDOUS plot! Mason vs. Stickney and Lucas Detroit–Capitol of Michigan US Treasury with surplus Ohio/Michigan war on the boundary

Directed by Ala Faik, Ph.D., Theatre, University of Michigan

Ellen Prosser researched in Michigan and Ohio for 3½ years before writing Aliens and Scoundrels. Born in Cleveland, Ohio, Ms. Prosser has lived in Michigan since 1953 and has an M.A., Theatre, University of Michigan. Her play, She Brought Me Violets, won a John Gassner Award from the New England Theatre Conference, was produced in Ann Arbor in 1982. Ms. Prosser received a Jules and Avery Hopwood Award while attending U. of M.