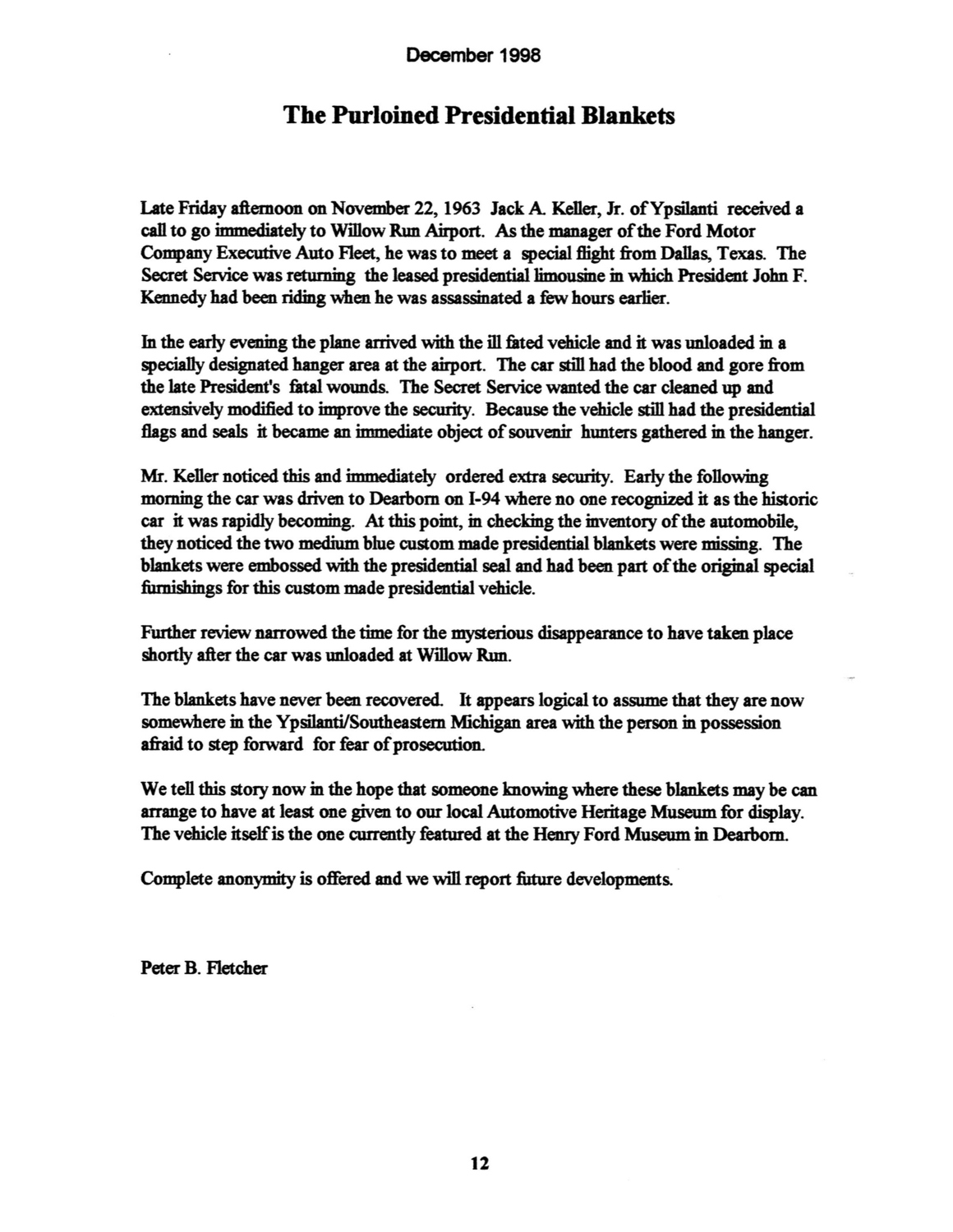 Late Friday afternoon on November 22, 1963 Jack A. Keller, Jr. of Ypsilanti received a call to go immediately to Willow Run Airport. As the manager of the Ford Motor Company Executive Auto Fleet, he was to meet a special flight from Dallas, Texas. The Secret Service was returning the leased presidential limousine in which President John F. Kennedy had been riding when he was assassinated a few hours earlier.

In the early evening the plane arrived with the ill fated vehicle and it was unloaded in a specially designated hanger area at the airport. The car still had the blood and gore from the late President's fatal wounds. The Secret Service wanted the car cleaned up and extensively modified to improve the security. Because the vehicle still had the presidential flags and seals it became an immediate object of souvenir hunters gathered in the hanger.

Mr. Keller noticed this and immediately ordered extra security. Early the following morning the car was driven to Dearborn on 1–94 where no one recognized it as the historic car it was rapidly becoming. At this point, in checking the inventory of the automobile, they noticed the two medium blue custom made presidential blankets were missing. The blankets were embossed with the presidential seal and had been part of the original special furnishings for this custom made presidential vehicle.

Further review narrowed the time for the mysterious disappearance to have taken place shortly after the car was unloaded at Willow Run.

The blankets have never been recovered. It appears logical to assume that they are now somewhere in the Ypsilanti/Southeastern Michigan area with the person in possession afraid to step forward for fear of prosecution.

We tell this story now in the hope that someone knowing where these blankets may be can arrange to have at least one given to our local Automotive Heritage Museum for display. The vehicle itself is the one currently featured at the Henry Ford Museum in Dearborn.

Complete anonymity is offered and we will report future developments.