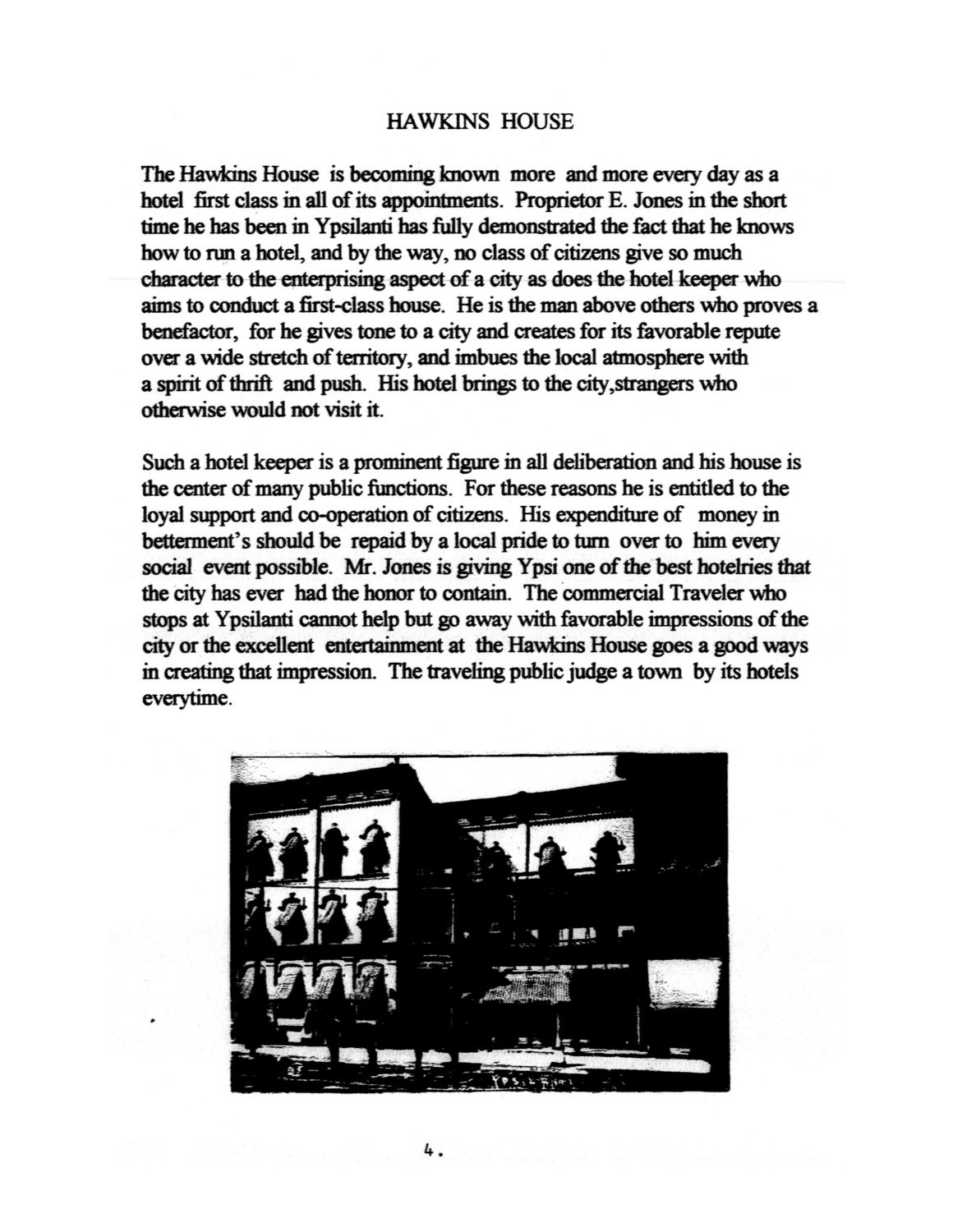 The Hawkins House is becoming known more and more every day as a hotel first class in all of its appointments. Proprietor E. Jones in the short time he has been in Ypsilanti has fully demonstrated the fact that he knows how to run a hotel, and by the way, no class of citizens give so much character to the enterprising aspect of a city as does the hotel keeper who aims to conduct a first-class house. He is the man above others who proves a benefactor, for he gives tone to a city and creates for its favorable repute over a wide stretch of territory, and imbues the local atmosphere with a spirit of thrift and push. His hotel brings to the city, strangers who otherwise would not visit it.

Such a hotel keeper is a prominent figure in all deliberation and his house is the center of many public functions. For these reasons he is entitled to the loyal support and co-operation of citizens. His expenditure of money in betterment's should be repaid by a local pride to turn over to him every social event possible. Mr. Jones is giving Ypsi one of the best hotelries that the city has ever had the honor to contain. The commercial Traveler who stops at Ypsilanti cannot help but go away with favorable impressions of the city or the excellent entertainment at the Hawkins House goes a good ways in creating that impression. The traveling public judge a town by its hotels everytime.