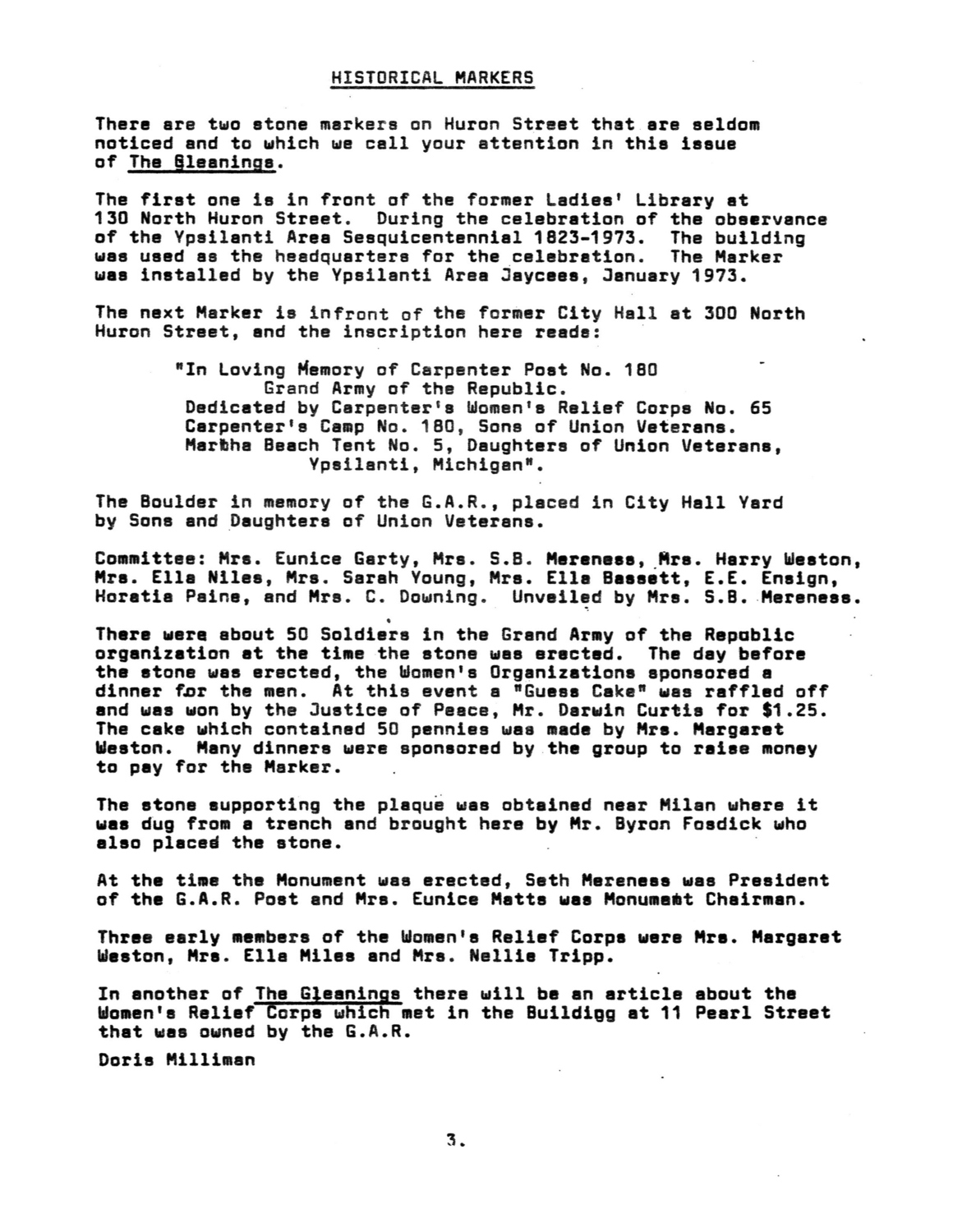 There are two stone markers on Huron Street that are seldom noticed and to which we call your attention in this issue of The Gleanings.

The next Marker is in front of the former City Hall at 300 North Huron Street, and the inscription here reads:

The Boulder in memory of the G.A.R., placed in City Hall Yard by Sons and Daughters of Union Veterans.

There were about 50 Soldiers in the Grand Army of the Republic organization at the time the stone was erected. The day before the stone was erected, the Women's Organizations sponsored a dinner for the men. At this event a “Guess Cake” was raffled off and was won by the Justice of Peace, Mr. Darwin Curtis for $1.25. The cake which contained 50 pennies was made by Mrs. Margaret Weston. Many dinners were sponsored by the group to raise money to pay for the Marker.

The stone supporting the plaque was obtained near Milan where it was dug from a trench and brought here by Mr. Byron Fosdick who also placed the stone.

At the time the Monument was erected, Seth Mereness was President of the G.A.R. Post and Mrs. Eunice Matts was Monument Chairman.

In another of The Gleanings there will be an article about the Women's Relief Corps which met in the Building at 11 Pearl Street that was owned by the G.A.R.