Ypsilanti Spells Trouble in Many Ways 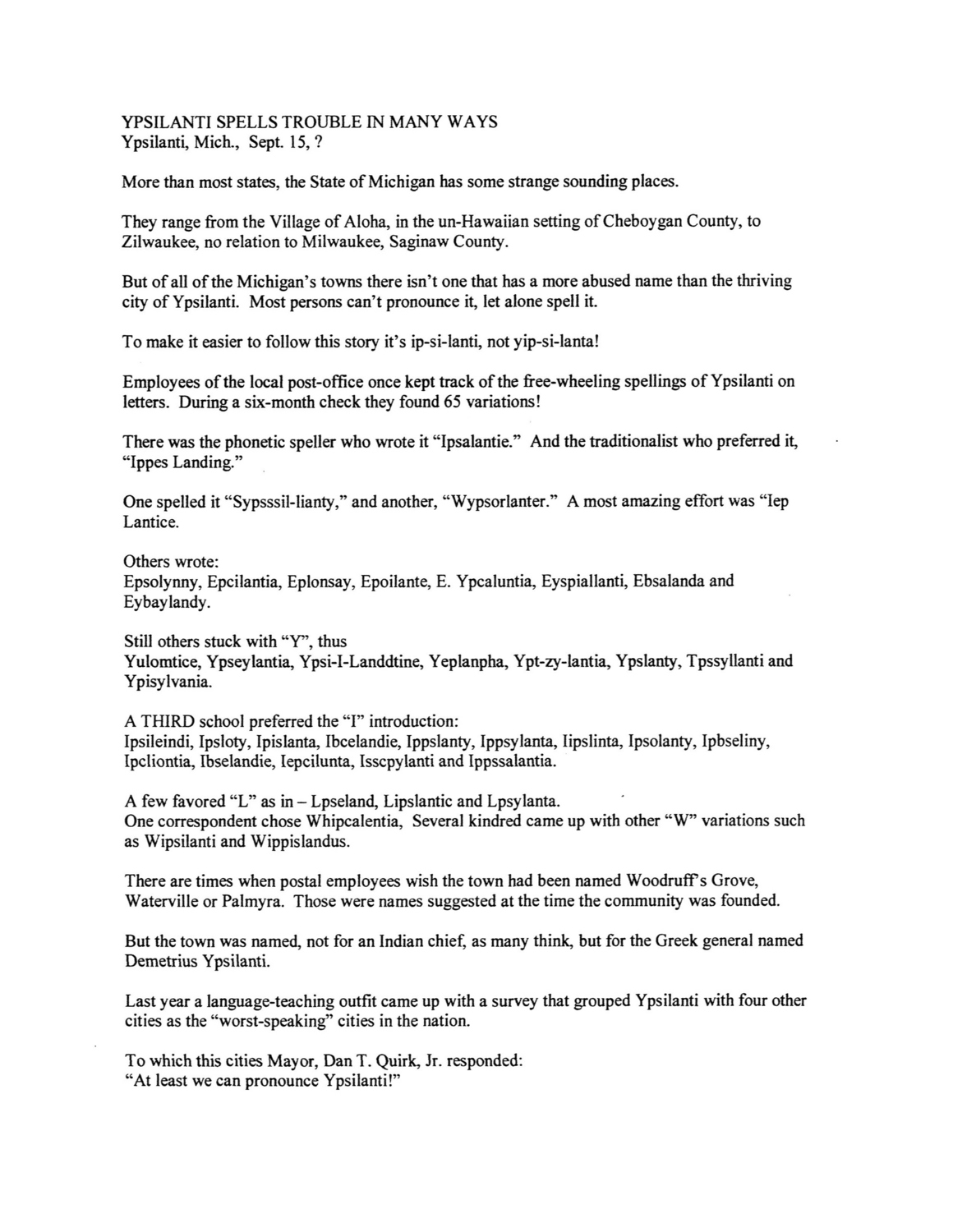 More than most states, the State of Michigan has some strange sounding places.

They range from the Village of Aloha, in the un-Hawaiian setting of Cheboygan County, to Zilwaukee, no relation to Milwaukee, Saginaw County.

But of all of the Michigan's towns there isn't one that has a more abused name than the thriving city of Ypsilanti. Most persons can't pronounce it, let alone spell it.

To make it easier to follow this story it's ip-si-lanti, not yip-si-lanta!

Employees of the local post-office once kept track of the free-wheeling spellings of Ypsilanti on letters. During a six-month check they found 65 variations!

There was the phonetic speller who wrote it “Ipsalantie.” And the traditionalist who preferred it, “Ippes Landing.”

Still others stuck with “Y”, thus

A THIRD school preferred the “I” introduction:

One correspondent chose Whipcalentia, Several kindred came up with other “W” variations such as Wipsilanti and Wippislandus.

There are times when postal employees wish the town had been named Woodruff's Grove, Waterville or Palmyra. Those were names suggested at the time the community was founded.

But the town was named, not for an Indian chief, as many think, but for the Greek general named Demetrius Ypsilanti.

Last year a language-teaching outfit came up with a survey that grouped Ypsilanti with four other cities as the “worst-speaking” cities in the nation.

To which this cities Mayor, Dan T. Quirk, Jr. responded: “At least we can pronounce Ypsilanti!”