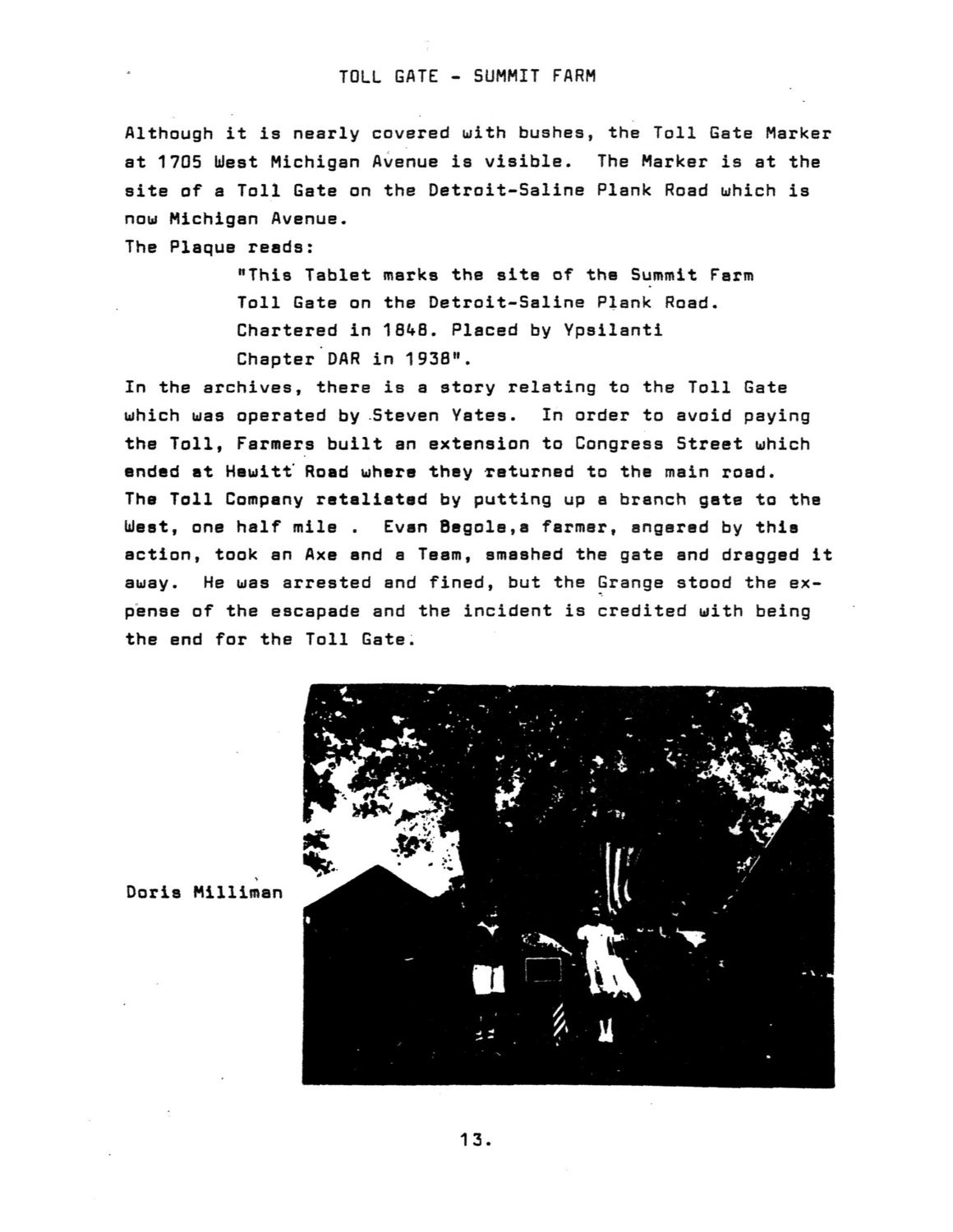 Although it is nearly covered with bushes, the Toll Gate Marker at 1705 West Michigan Avenue is visible. The Marker is at the site of a Toll Gate on the Detroit-Saline Plank Road which is now Michigan Avenue.

“This Tablet marks the site of the Summit Farm Toll Gate on the Detroit-Saline Plank Road. Chartered in 1848. Placed by Ypsilanti Chapter DAR in 1938”.

In the archives, there is a story relating to the Toll Gate which was operated by Steven Yates. In order to avoid paying the Toll, Farmers built an extension to Congress Street which ended at Hewitt Road where they returned to the main road.

The Toll Company retaliated by putting up a branch gate to the West, one half mile. Evan Begole, a farmer, angered by this action, took an Axe and a Team, smashed the gate and dragged it away. He was arrested and fined, but the Grange stood the ex-pense of the escapade and the incident is credited with being the end for the Toll Gate.