Who Was Lewis S. White? 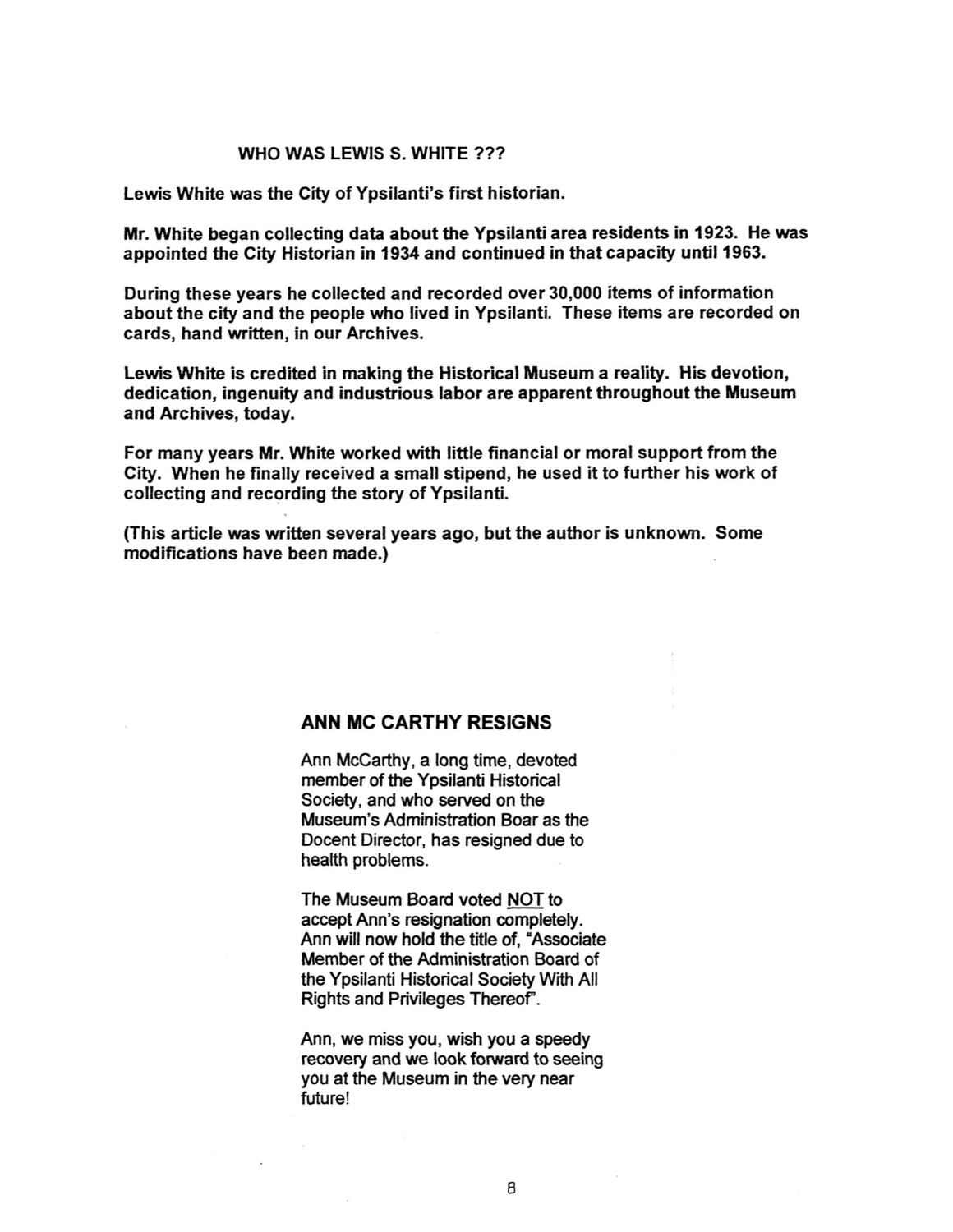 Lewis White was the City of Ypsilanti's first historian.

Mr. White began collecting data about the Ypsilanti area residents in 1923. He was appointed the City Historian in 1934 and continued in that capacity until 1963.

During these years he collected and recorded over 30,000 items of information about the city and the people who lived in Ypsilanti. These items are recorded on cards, hand written, in our Archives.

Lewis White is credited in making the Historical Museum a reality. His devotion, dedication, ingenuity and industrious labor are apparent throughout the Museum and Archives, today.

For many years Mr. White worked with little financial or moral support from the City. When he finally received a small stipend, he used it to further his work of collecting and recording the story of Ypsilanti.

(This article was written several years ago, but the author is unknown. Some modifications have been made.)

Ann McCarthy, a long time, devoted member of the Ypsilanti Historical Society, and who served on the Museum's Administration Boar as the Docent Director, has resigned due to health problems.

The Museum Board voted NOT to accept Ann's resignation completely. Ann will now hold the title of, “Associate Member of the Administration Board of the Ypsilanti Historical Society With All Rights and Privileges Thereof”.

Ann, we miss you, wish you a speedy recovery and we look forward to seeing you at the Museum in the very near future!