The Underground Railroad in Ypsilanti Display 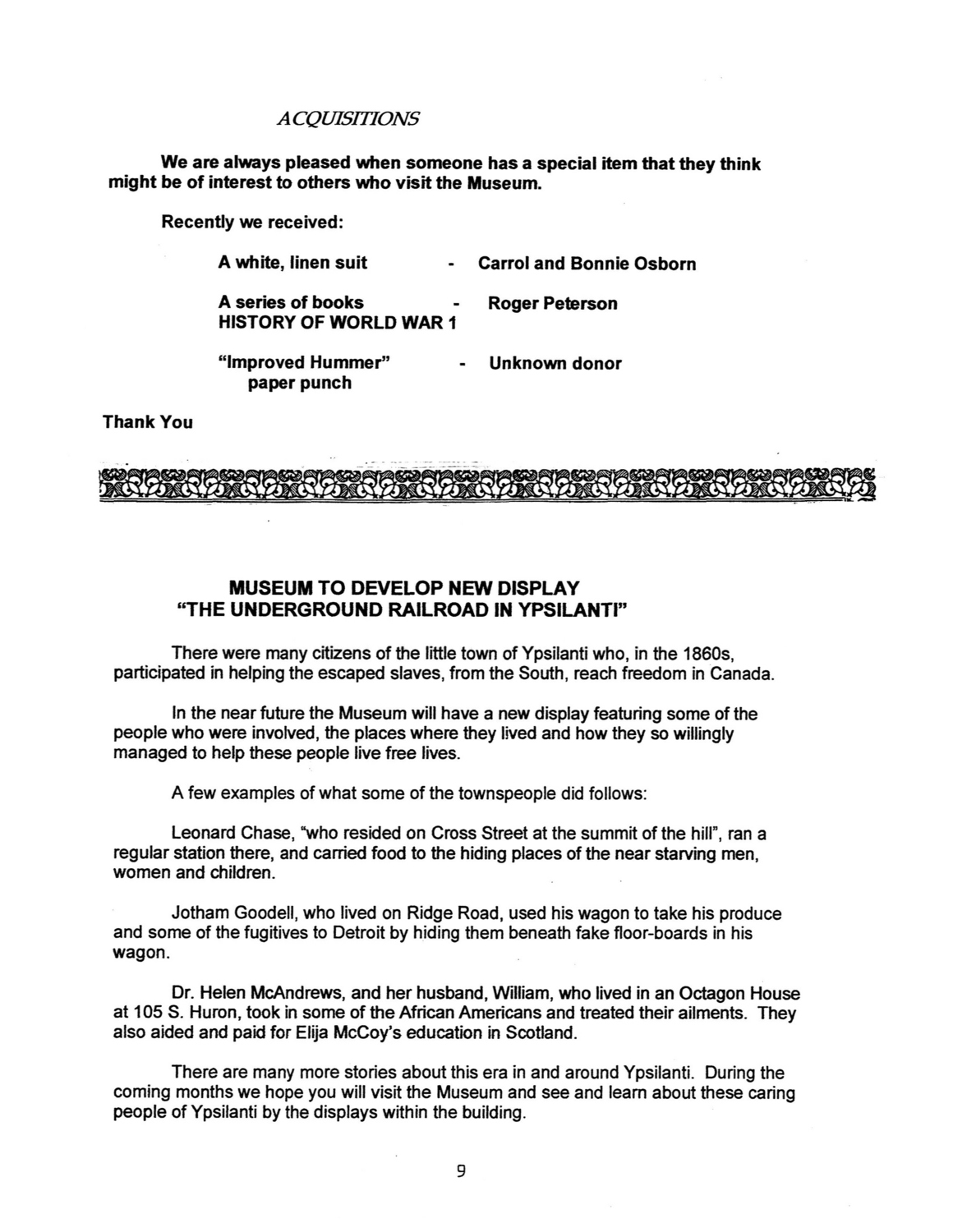 There were many citizens of the little town of Ypsilanti who, in the 1860s, participated in helping the escaped slaves, from the South, reach freedom in Canada.

In the near future the Museum will have a new display featuring some of the people who were involved, the places where they lived and how they so willingly managed to help these people live free lives.

A few examples of what some of the townspeople did follows:

Leonard Chase, “who resided on Cross Street at the summit of the hill”, ran a regular station there, and carried food to the hiding places of the near starving men, women and children.

Jotham Goodell, who lived on Ridge Road, used his wagon to take his produce and some of the fugitives to Detroit by hiding them beneath fake floor-boards in his wagon.

Dr. Helen McAndrews, and her husband, William, who lived in an Octagon House at 105 S. Huron, took in some of the African Americans and treated their ailments. They also aided and paid for Elija McCoy's education in Scotland.

There are many more stories about this era in and around Ypsilanti. During the coming months we hope you will visit the Museum and see and learn about these caring people of Ypsilanti by the displays within the building.