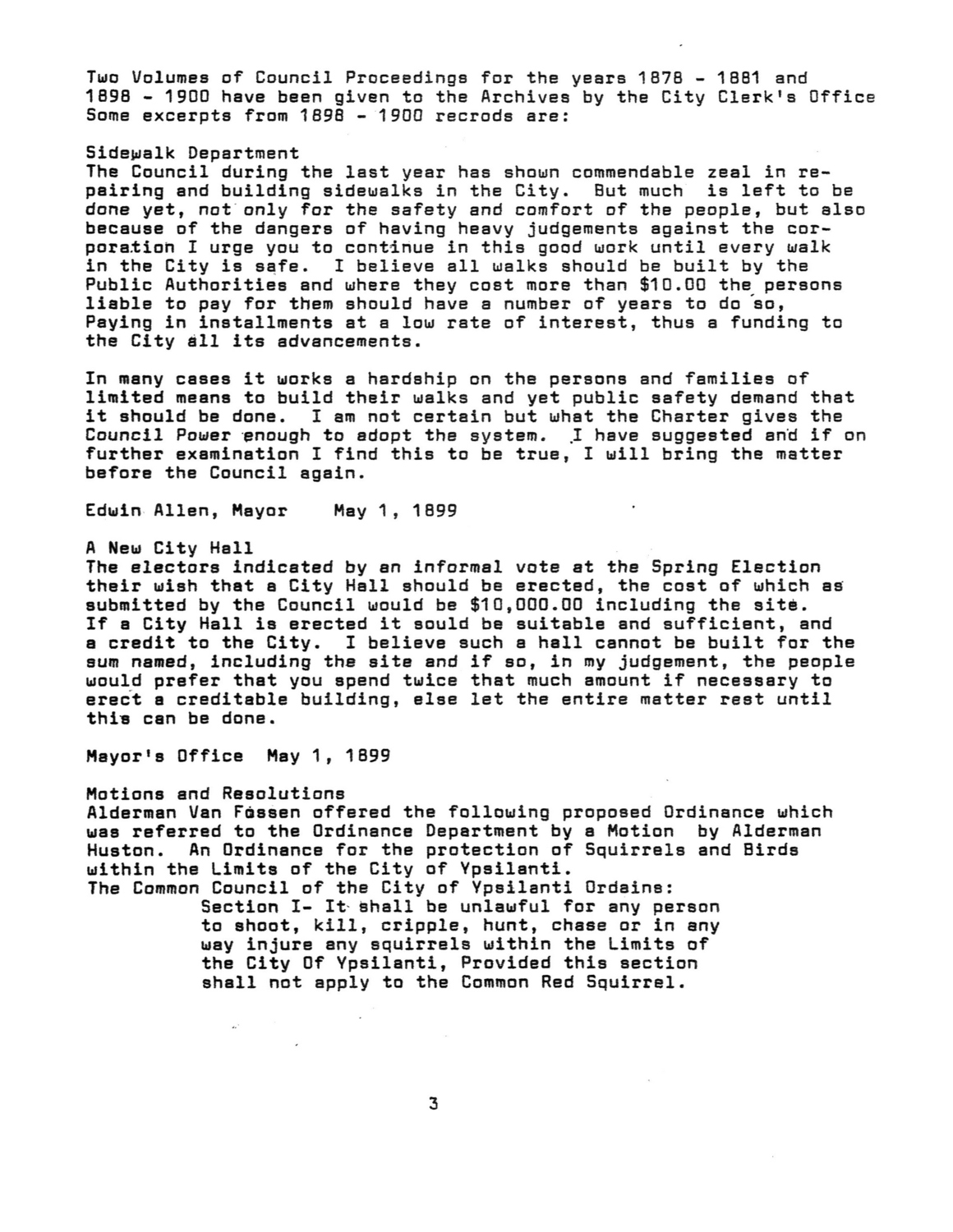 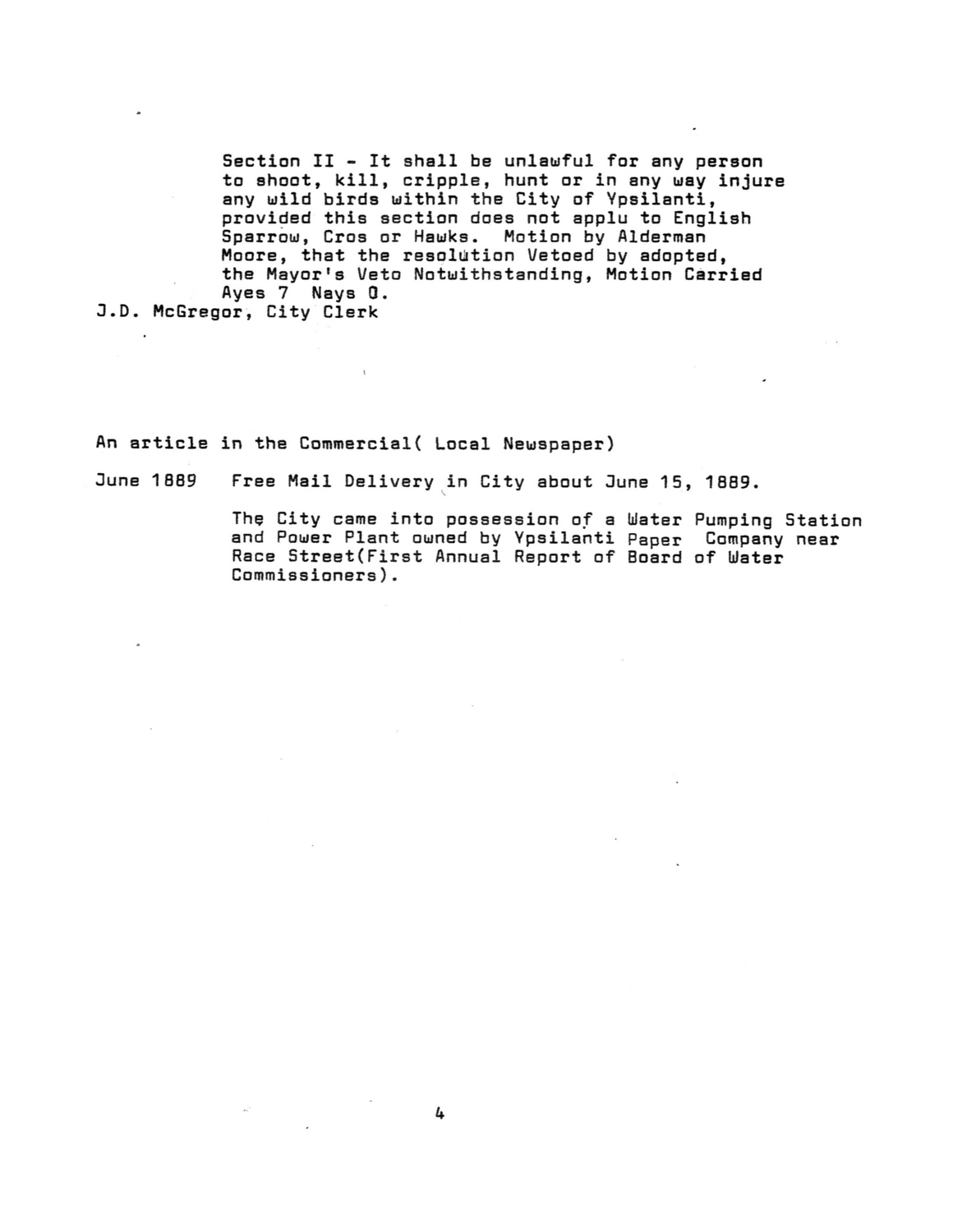 The Council during the last year has shown commendable zeal in repairing and building sidewalks in the City. But much is left to be done yet, not only for the safety and comfort of the people, but also because of the dangers of having heavy judgements against the corporation I urge you to continue in this good work until every walk in the City is safe. I believe all walks should be built by the Public Authorities and where they cost more than $10.00 the persons liable to pay for them should have a number of years to do so, Paying in installments at a low rate of interest, thus a funding to the City all its advancements.

In many cases it works a hardship on the persons and families of limited means to build their walks and yet public safety demand that it should be done. I am not certain but what the Charter gives the Council Power enough to adopt the system. I have suggested and if on further examination I find this to be true, I will bring the matter before the Council again.

The electors indicated by an informal vote at the Spring Election their wish that a City Hall should be erected, the cost of which as submitted by the Council would be $10,000.00 including the site. If a City Hall is erected it sould be suitable and sufficient, and a credit to the City. I believe such a hall cannot be built for the sum named, including the site and if so, in my judgement, the people would prefer that you spend twice that much amount if necessary to erect a creditable building, else let the entire matter rest until this can be done.

Alderman Van Fossen offered the following proposed Ordinance which was referred to the Ordinance Department by a Motion by Alderman Huston. An Ordinance for the protection of Squirrels and Birds within the Limits of the City of Ypsilanti.

The Common Council of the City of Ypsilanti Ordains:

Section I —It shall be unlawful for any person to shoot, kill, cripple, hunt, chase or in any way injure any squirrels within the Limits of the City Of Ypsilanti, Provided this section shall not apply to the Common Red Squirrel.

Section II —It shall be unlawful for any person to shoot, kill, cripple, hunt or in any way injure any wild birds within the City of Ypsilanti, provided this section does not apply to English Sparrow, Cros or Hawks. Motion by Alderman Moore, that the resolution Vetoed by adopted, the Mayor's Veto Notwithstanding, Motion Carried Ayes 7 Nays 0.

An article in the Commercial (Local Newspaper)

The City came into possession of a Water Pumping Station and Power Plant owned by Ypsilanti Paper Company near Race Street(First Annual Report of Board of Water Commissioners).