How Did Our Town Get Its Name? 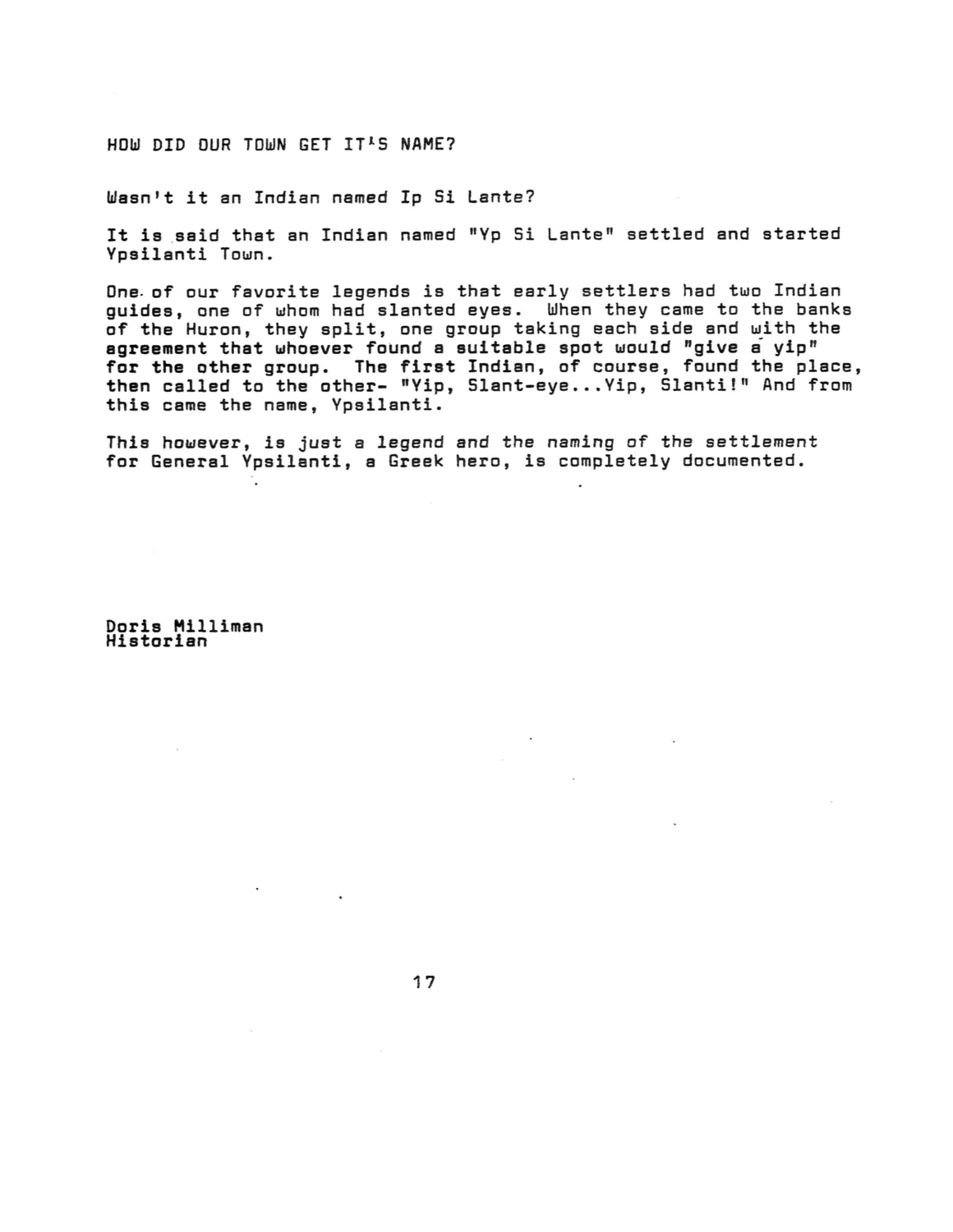 It is said that an Indian named “Yp Si Lante” settled and started Ypsilanti Town.

One of our favorite legends is that early settlers had two Indian guides, one of whom had slanted eyes. When they came to the banks of the Huron, they split, one group taking each side and with the agreement that whoever found a suitable spot would “give a yip” for the other group. The first Indian, of course, found the place, then called to the other-“Yip, Slant-eye…Yip, Slanti!” And from this came the name, Ypsilanti.

This however, is just a legend and the naming of the settlement for General Ypsilanti, a Greek hero, is completely documented.