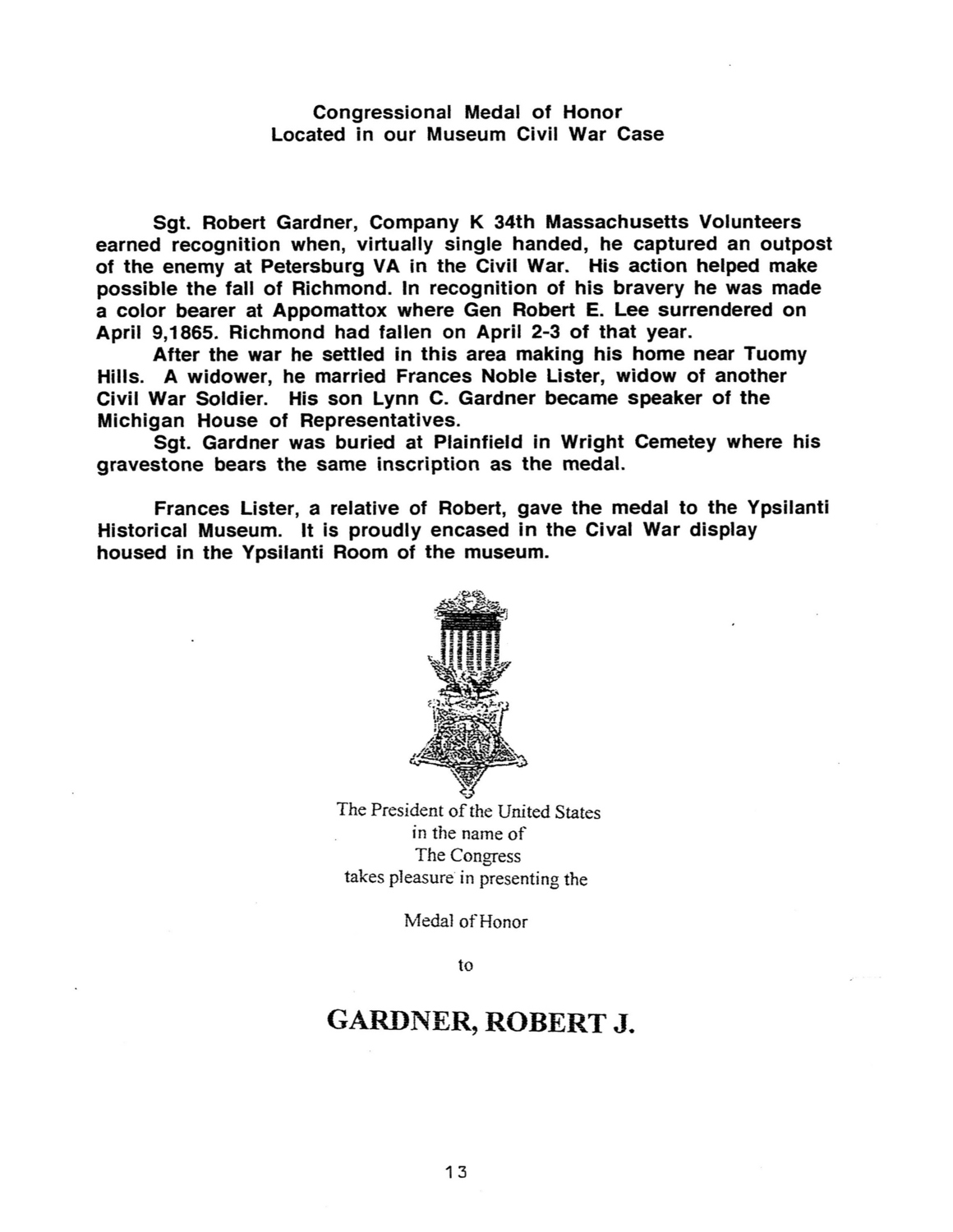 Sgt. Robert Gardner, Company K 34th Massachusetts Volunteers earned recognition when, virtually single handed, he captured an outpost of the enemy at Petersburg VA in the Civil War. His action helped make possible the fall of Richmond. In recognition of his bravery he was made a color bearer at Appomattox where Gen Robert E. Lee surrendered on April 9, 1865. Richmond had fallen on April 2–3 of that year.

After the war he settled in this area making his home near Tuomy Hills. A widower, he married Frances Noble Lister, widow of another Civil War Soldier. His son Lynn C. Gardner became speaker of the Michigan House of Representatives.

Sgt. Gardner was buried at Plainfield in Wright Cemetery where his gravestone bears the same inscription as the medal.

Frances Lister, a relative of Robert, gave the medal to the Ypsilanti Historical Museum. It is proudly encased in the Civil War display housed in the Ypsilanti Room of the museum.

Photo Caption: The President of the United States in the name of The Congress takes pleasure in presenting the Medal of Honor to GARDNER, ROBERT J.