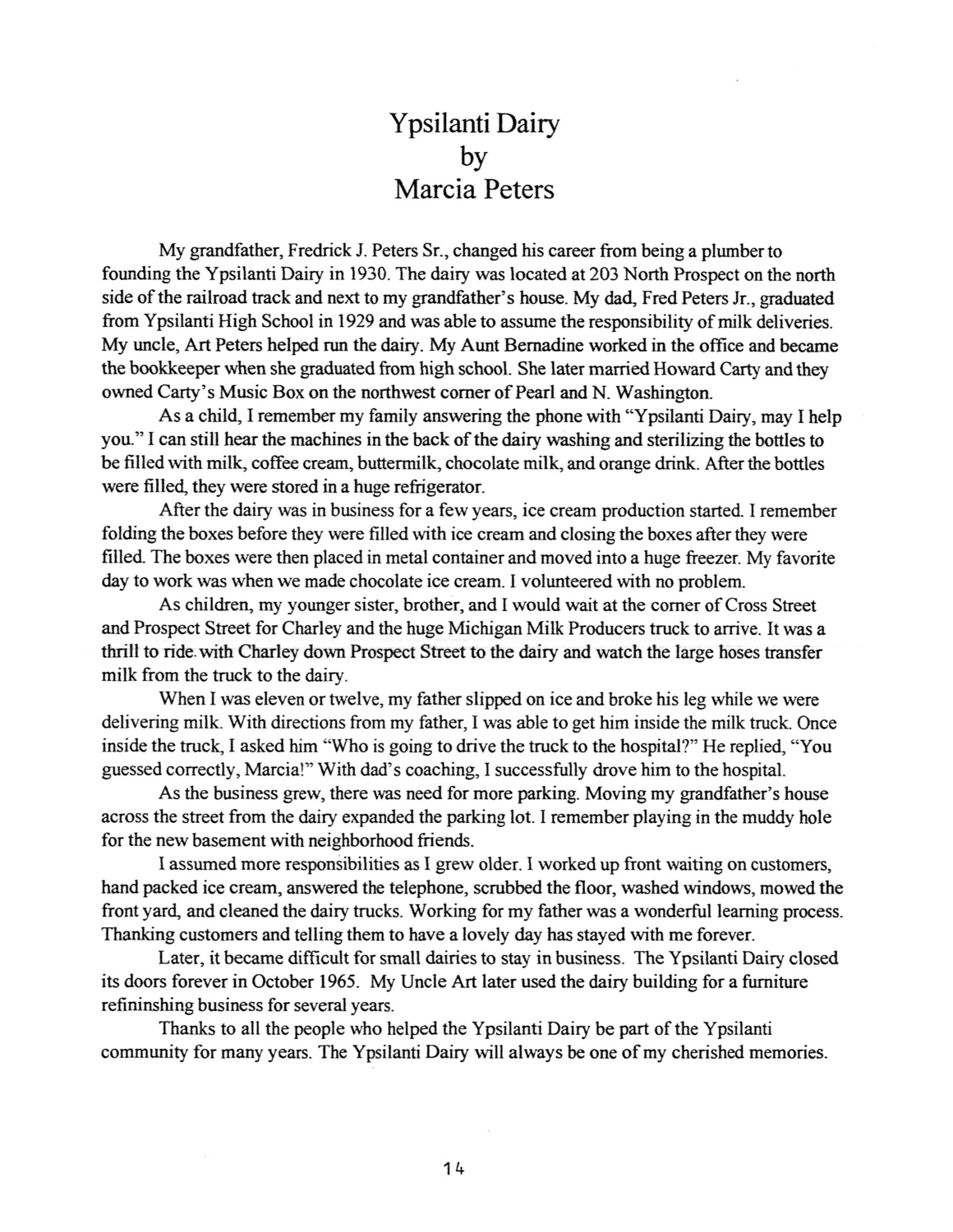 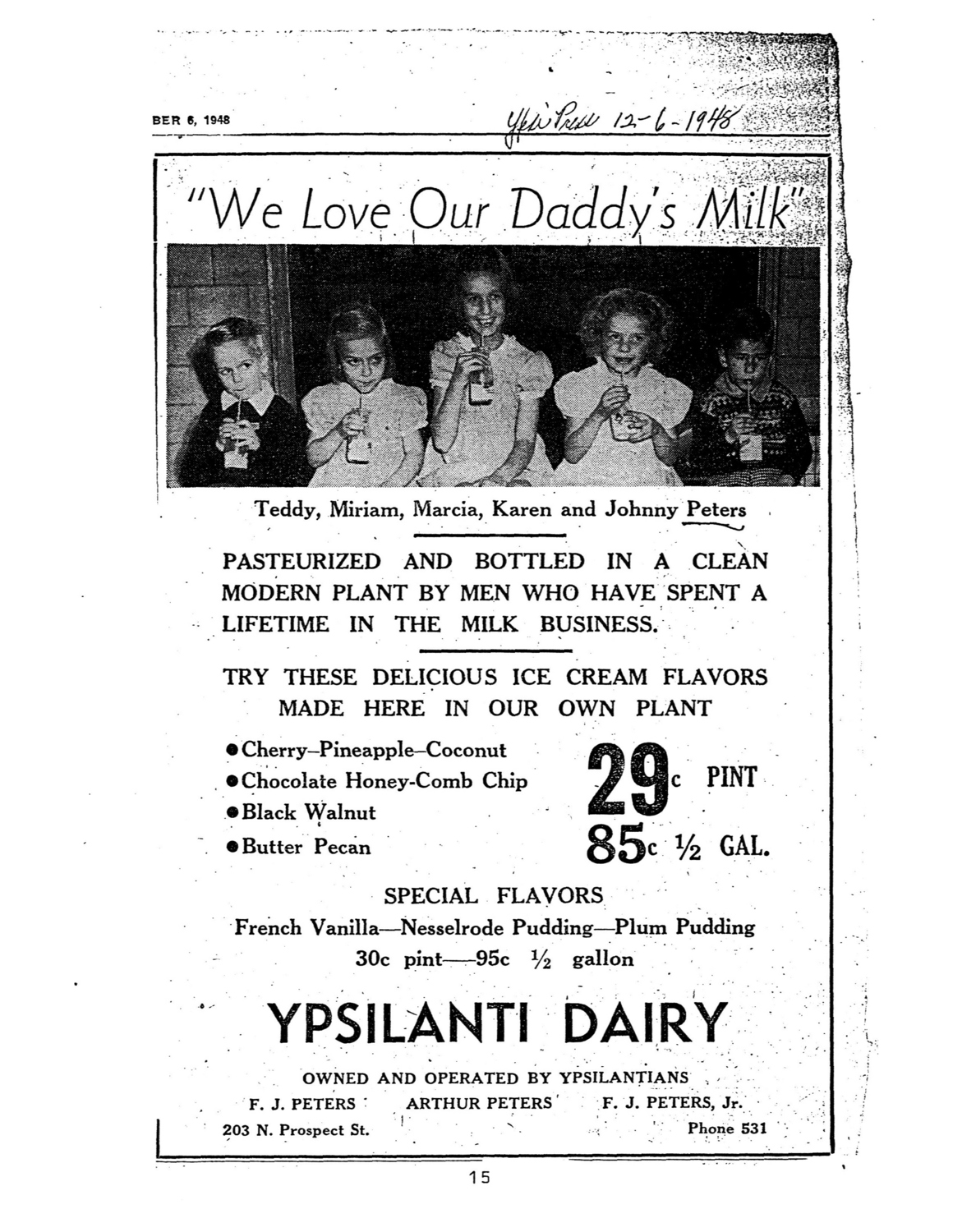 My grandfather, Fredrick J. Peters Sr., changed his career from being a plumber to founding the Ypsilanti Dairy in 1930. The dairy was located at 203 North Prospect on the north side of the railroad track and next to my grandfather's house. My dad, Fred Peters Jr., graduated from Ypsilanti High School in 1929 and was able to assume the responsibility of milk deliveries. My uncle, Art Peters helped run the dairy. My Aunt Bernadine worked in the office and became the bookkeeper when she graduated from high school. She later married Howard Carty and they owned Carty's Music Box on the northwest corner of Pearl and N. Washington.

As a child, I remember my family answering the phone with “Ypsilanti Dairy, may I help you.” I can still hear the machines in the back of the dairy washing and sterilizing the bottles to be filled with milk, coffee cream, buttermilk, chocolate milk, and orange drink. After the bottles were filled, they were stored in a huge refrigerator.

After the dairy was in business for a few years, ice cream production started. I remember folding the boxes before they were filled with ice cream and closing the boxes after they were filled. The boxes were then placed in metal container and moved into a huge freezer. My favorite day to work was when we made chocolate ice cream. I volunteered with no problem.

As children, my younger sister, brother, and I would wait at the corner of Cross Street and Prospect Street for Charley and the huge Michigan Milk Producers truck to arrive. It was a thrill to ride with Charley down Prospect Street to the dairy and watch the large hoses transfer milk from the truck to the dairy.

When I was eleven or twelve, my father slipped on ice and broke his leg while we were delivering milk. With directions from my father, I was able to get him inside the milk truck. Once inside the truck, I asked him “Who is going to drive the truck to the hospital?” He replied, “You guessed correctly, Marcia!” With dad's coaching, I successfully drove him to the hospital.

As the business grew, there was need for more parking. Moving my grandfather's house across the street from the dairy expanded the parking lot. I remember playing in the muddy hole for the new basement with neighborhood friends.

I assumed more responsibilities as I grew older. I worked up front waiting on customers, hand packed ice cream, answered the telephone, scrubbed the floor, washed windows, mowed the front yard, and cleaned the dairy trucks. Working for my father was a wonderful learning process. Thanking customers and telling them to have a lovely day has stayed with me forever.

Later, it became difficult for small dairies to stay in business. The Ypsilanti Dairy closed its doors forever in October 1965. My Uncle Art later used the dairy building for a furniture refinishing business for several years.