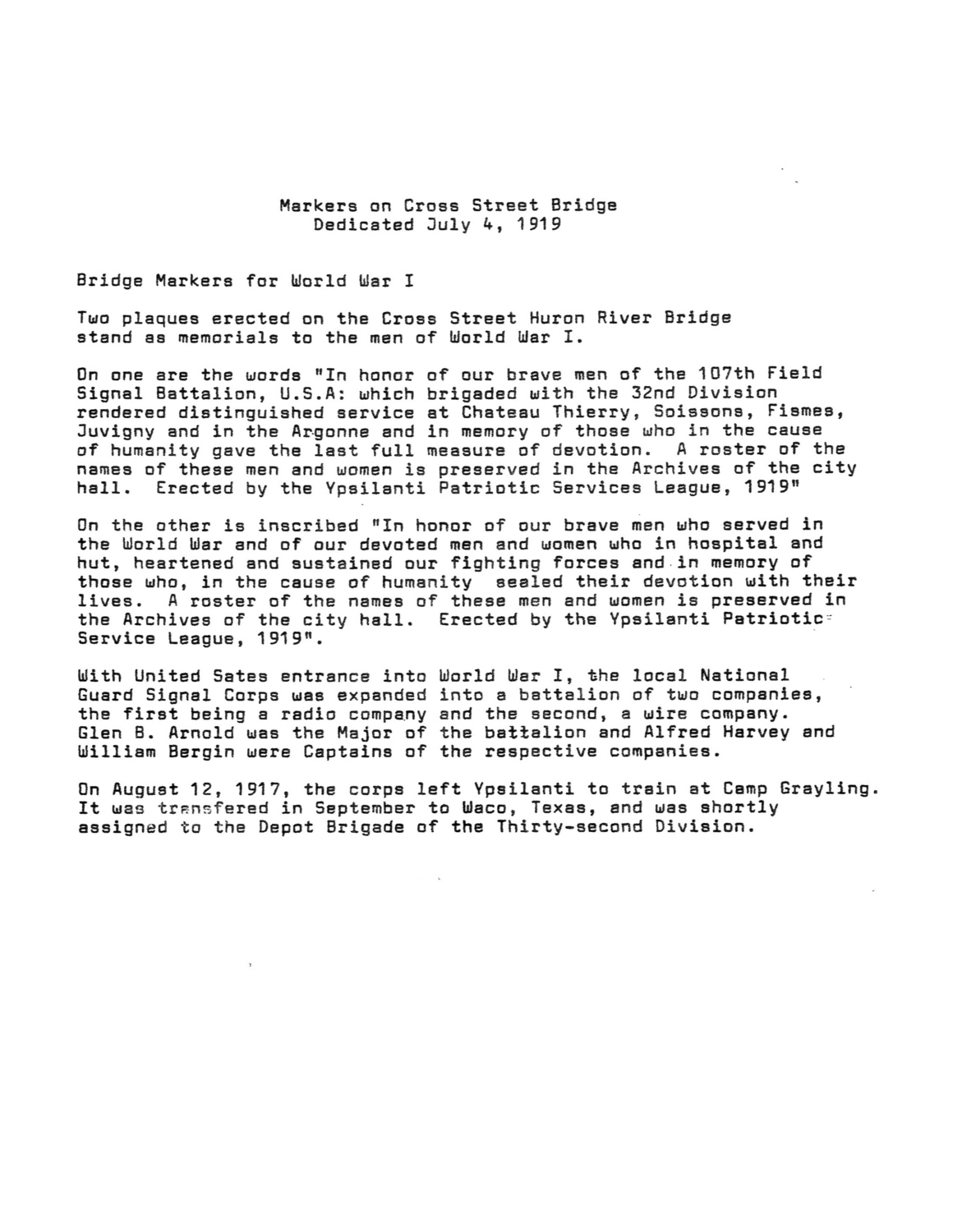 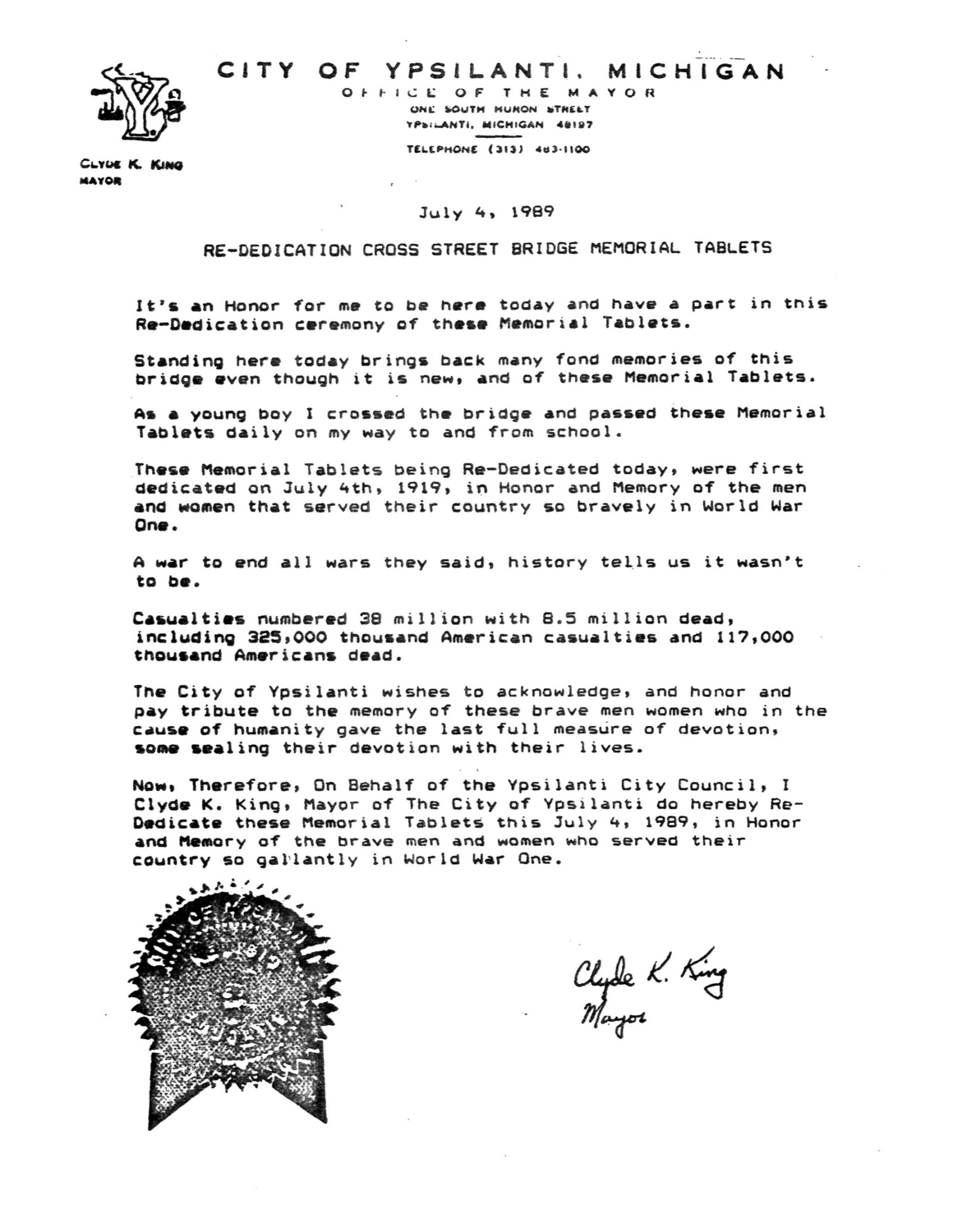 Two plaques erected on the Cross Street Huron River Bridge stand as memorials to the men of World War I.

On one are the words “In honor of our brave men of the 107th Field Signal Battalion, U.S.A: which brigaded with the 32nd Division rendered distinguished service at Chateau Thierry, Soissons, Fismes, Juvigny and in the Ar-gonne and in memory of those who in the cause of humanity gave the last full measure of devotion. A roster of the names of these men and women is preserved in the Archives of the city hall. Erected by the Ypsilanti Patriotic Services League, 1919”

On the other is inscribed “In honor of our brave men who served in the World War and of our devoted men and women who in hospital and hut, heartened and sustained our fighting forces and in memory of those who, in the cause of humanity sealed their devotion with their lives. A roster of the names of these men and women is preserved in the Archives of the city hall. Erected by the Ypsilanti Patriotic Service League, 1919”.

With United Sates entrance into World War I, the local National Guard Signal Corps was expanded into a battalion of two companies, the first being a radio company and the second, a wire company. Glen B. Arnold was the Major of the battalion and Alfred Harvey and William Bergin were Captains of the respective companies.

On August 12, 1917, the corps left Ypsilanti to train at Camp Grayling. It was transfered in September to Waco, Texas, and was shortly assigned to the Depot Brigade of the Thirty-second Division.

It's an Honor for me to be here today and have a part in this Re-Dedication ceremony of these Memorial Tablets.

Standing here today brings back many fond memories of this bridge even though it is new, and of these Memorial Tablets.

As a young boy I crossed the bridge and passed these Memorial Tablets daily on my way to and from school.

These Memorial Tablets being Re-Dedicated today, were first dedicated on July 4th, 1919, in Honor and Memory of the men and women that served their country so bravely in World War One.

A war to end all wars they said, history tells us it wasn't to be.

The City of Ypsilanti wishes to acknowledge, and honor and pay tribute to the memory of these brave men women who in the cause of humanity gave the last full measure of devotion, some sealing their devotion with their lives.

Now, Therefore, On Behalf of the Ypsilanti City Council, I Clyde K. King, Mayor of The City of Ypsilanti do hereby Re-Dedicate these Memorial Tablets this July 4, 1989, in Honor and Memory of the brave men and women who served their country so gallantly in World War One.