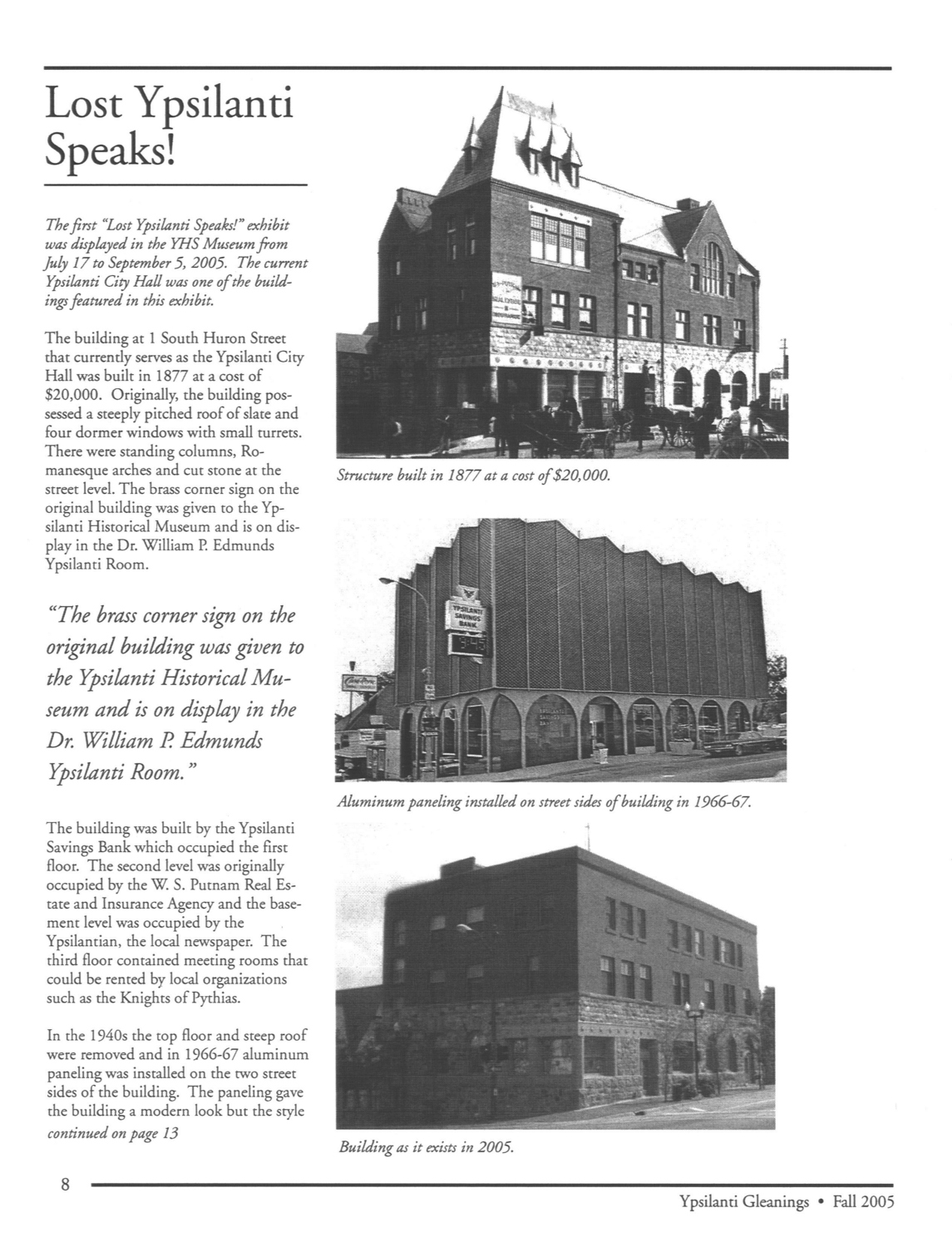 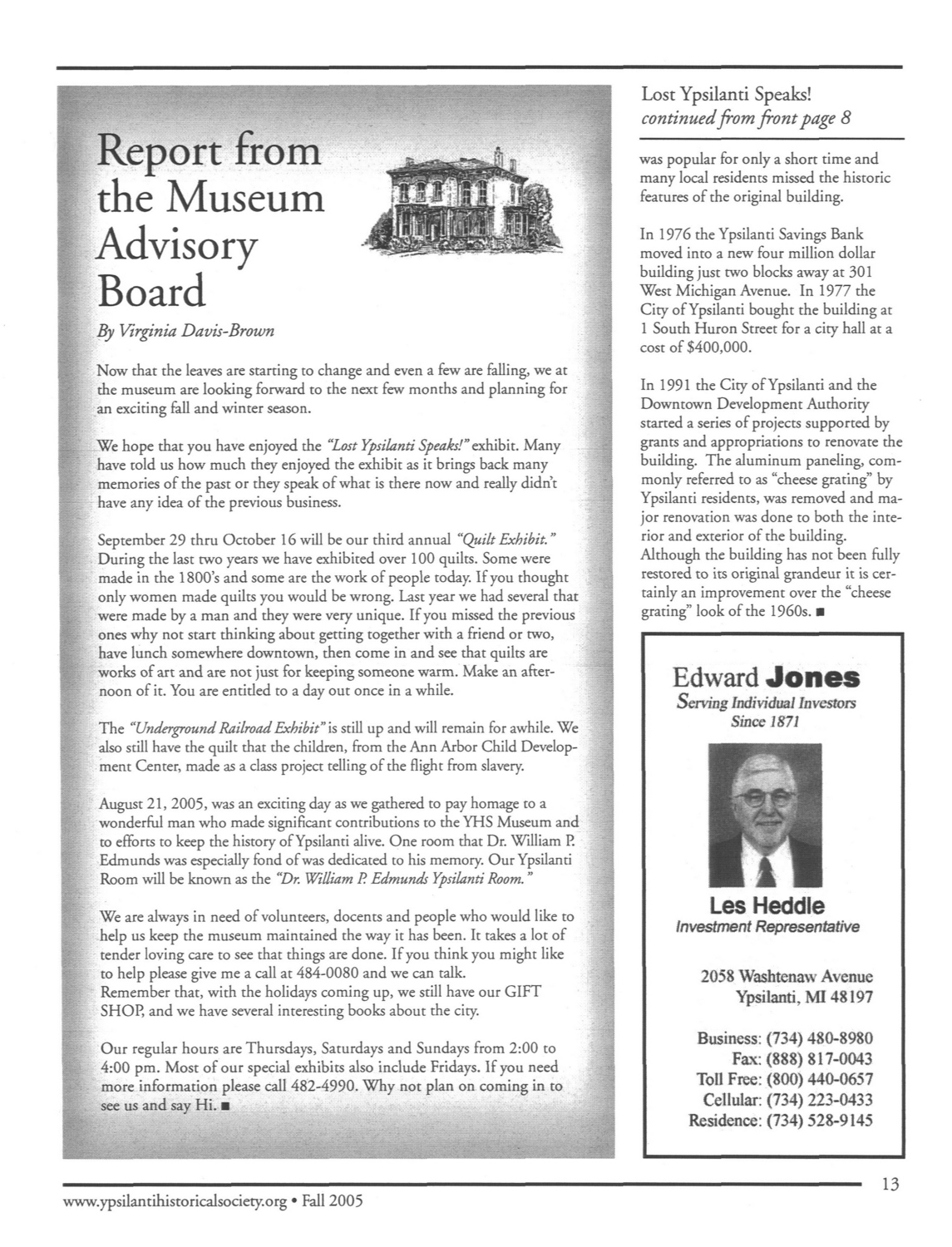 The first “Lost Ypsilanti Speaks!” exhibit was displayed in the YHS Museum from July 17 to September 5, 2005. The current Ypsilanti City Hall was one of the buildings featured in this exhibit.

The building at 1 South Huron Street that currently serves as the Ypsilanti City Hall was built in 1877 at a cost of $20,000. Originally, the building possessed a steeply pitched roof of slate and four dormer windows with small turrets. There were standing columns, Romanesque arches and cut stone at the street level. The brass corner sign on the original building was given to the Ypsilanti Historical Museum and is on display in the Dr. William P. Edmunds Ypsilanti Room.

In the 1940s the top floor and steep roof were removed and in 1966–67 aluminum paneling was installed on the two street sides of the building. The paneling gave the building a modern look but the style was popular for only a short time and many local residents missed the historic features of the original building.

In 1976 the Ypsilanti Savings Bank moved into a new four million dollar building just two blocks away at 301 West Michigan Avenue. In 1977 the City of Ypsilanti bought the building at 1 South Huron Street for a city hall at a cost of &dollar;400,000.

In 1991 the City of Ypsilanti and the Downtown Development Authority started a series of projects supported by grants and appropriations to renovate the building. The aluminum paneling, commonly referred to as “cheese grating” by Ypsilanti residents, was removed and major renovation was done to both the interior and exterior of the building. Although the building has not been fully restored to its original grandeur it is certainly an improvement over the “cheese granting” look of the 1960s.